The Wernigerode Palace Gardens include the former royal animal park with the chestnut forest, the pleasure garden, and the terrace gardens near the palace, centred on the splendour of Wernigerode Palace. Wernigerode's palace gardens reflect the development of garden design over time from formal Baroque gardens to landscape parks and historicist hilltop gardens.

The exposed hilltop location of Wernigerode Palace, surrounded by gardens, makes it truly one of the city's landmarks. With origins as a medieval castle, it has been the residence of the Stolberg-Wernigerode family since 1429. Between 1863 and 1885, the formerly Baroque palace ensemble was converted by Carl Frühling into a historicist “Gesamtkunstwerk””synthesis of the arts” . The terraced gardens with the spacious outdoor terrace and the vineyards got the character of a hilltop garden.

The large open terrace, artificially built on a three-part barrel vault, offers views into the Harz mountains and also serves as an extended balcony in front of the palace complex. The terrace has a fountain and was decorated with formal flower beds. The asymmetrical layout is accented by towers, a pergola on one side, and a bastion planted with trees.

The vine terraces that had been used to grow grapes and flowers since 1520 were redesigned by Carl Frühling into a terraced edifice. Also striking are the grotto with the "wild man" and the pond surrounded by iron arcades decked out in flowers.

The palace has served as a museum since the 1930s. The inner courtyard holds numerous potted plants and summer flowers and the ivy-covered façades lend the whole a rather exotic touch typical of Historicism.

The history of the pleasure garden dates back to the 16th and 17th centuries when a Renaissance garden was first laid out here. Count Christian Ernst zu Stolberg-Wernigerode began converting the gardens into the Baroque style in the early 18th century. These were terraced on an incline from west to east. Natural stone walls protected the terraces and enclosed the garden on the west and south sides. The orangery, the enclosure wall with the Lion's Gate, a pair of putti, and a reconstructed linden boulevard with some old linden and chestnut trees are what remain from this period.

At the end of the 18th century, 160 of sandstone statues that once stood here were disposed. Statues and potted plants were sold to other aristocratic estates. The hedges and borders, paths and terrace walls were all abandoned. Around 1830, the garden was converted into an English landscape park. A design plan from 1870 continues to shape the paths and layout of the park to this day. The many exotic trees, so typical of English landscape parks, continue to flourish in the garden.

The pleasure garden was given to the city in 1929. Partly destroyed in the Second World War, it was restored in the 1950s and has since been used for cultural events and as a recreational park. Extensive renovations have been underway since 1992.

The animal park is first mentioned in writing in 1435. It was at the time near the Agnesberg hill, which formerly known as Binnigberg. Count Albrecht Georg zu Stolberg-Wernigerode founded an animal park here in 1568 in order to keep game fenced in with palisades.

Since the 19th century, there have been attempts to use the site with its buildings, memorials, and extensive trail system as a public place of recreation. The royal animal park can be considered a "sentimental landscape park".

The chestnut copse here is a true treasure. Due to the favourable climate here, a grove of fine chestnuts were planted here in the mid-19th century. Some of these trees survive to this day.

Wernigerode is also popular for its picturesque and historic city centre. Rail fans can jump on the Harz Narrow Gauge Railways and take it to Nordhausen or to the mountain Brocken. 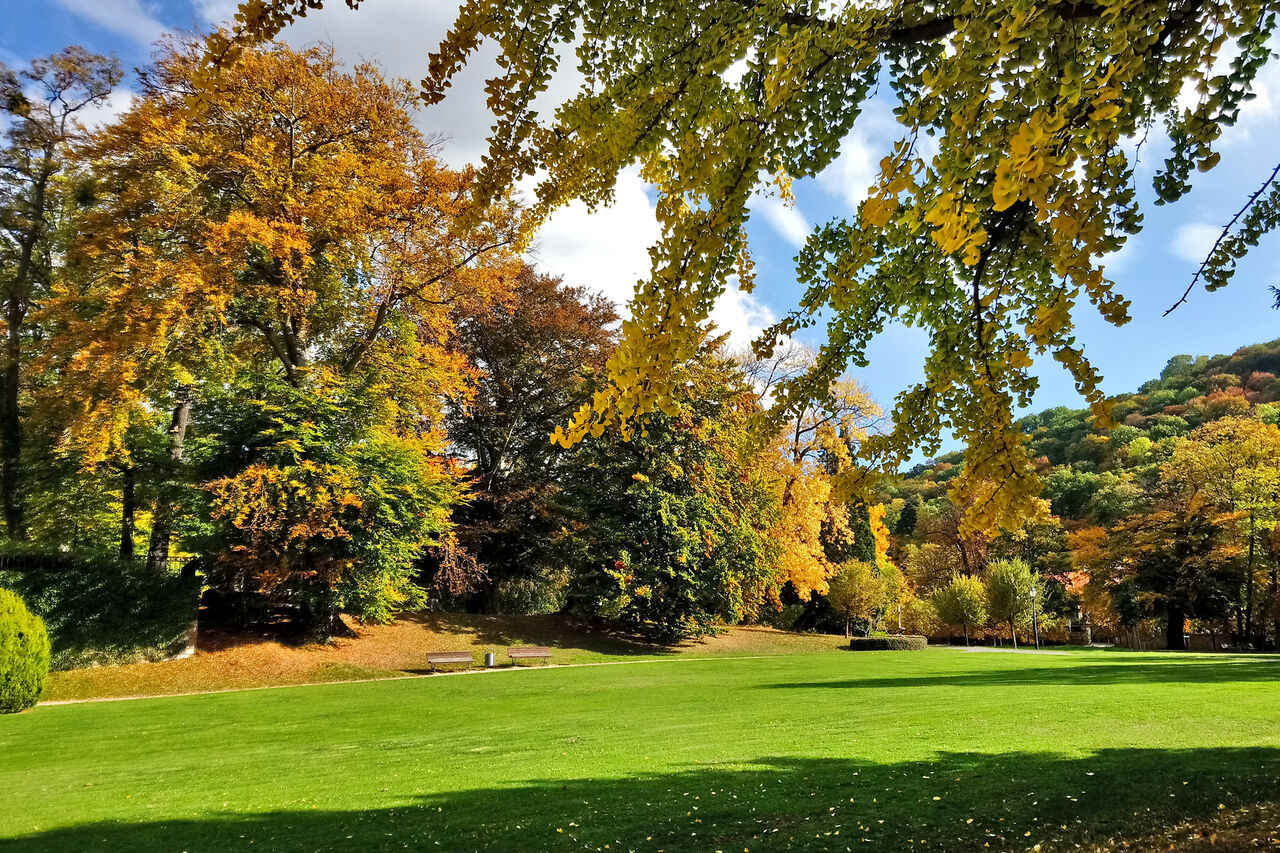 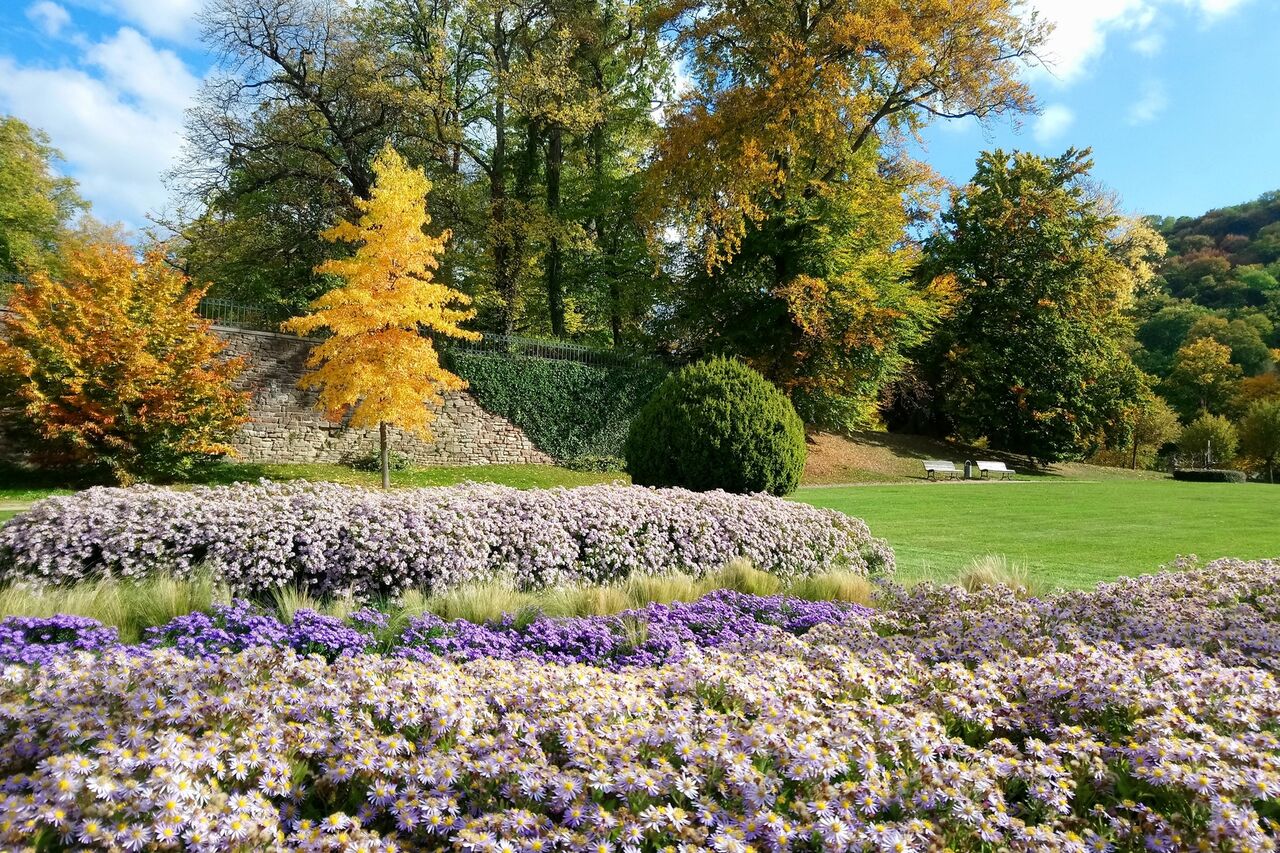 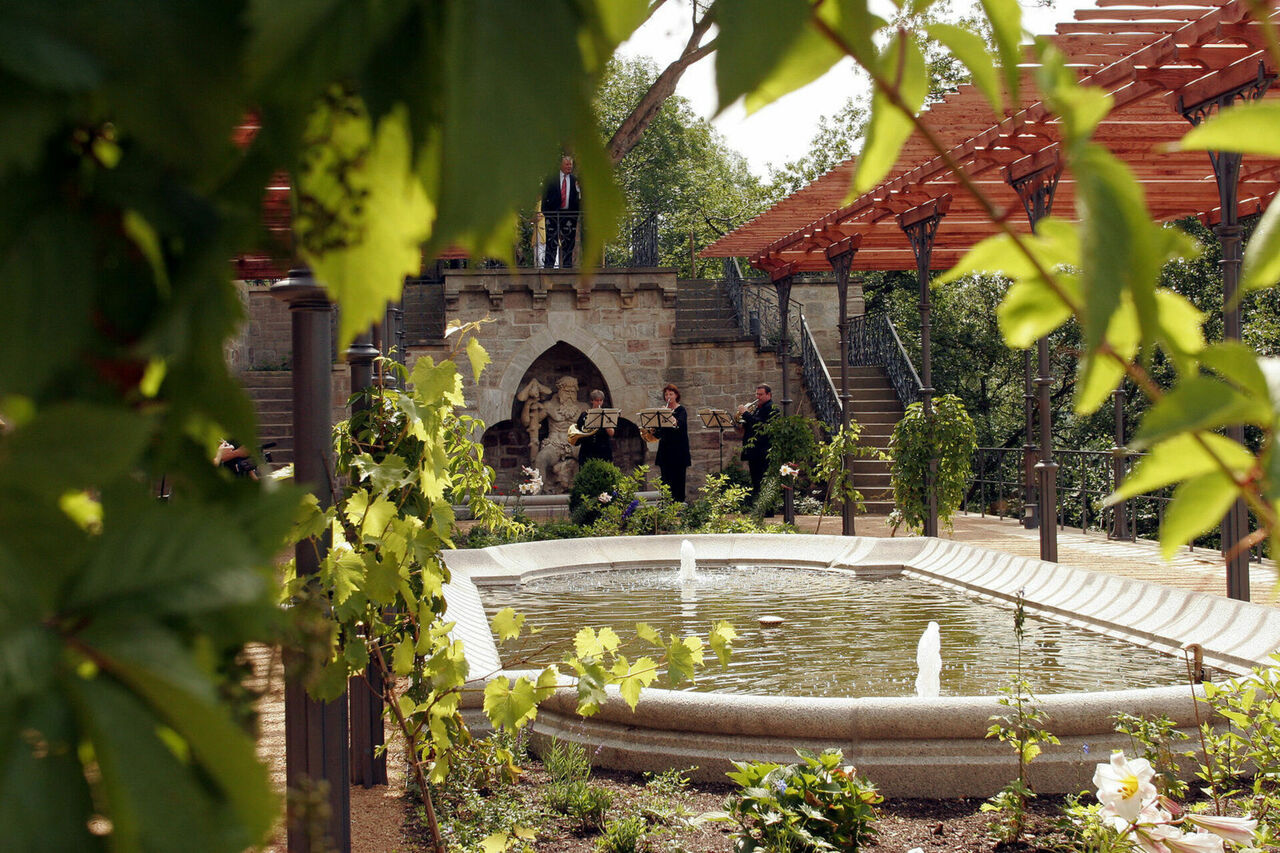 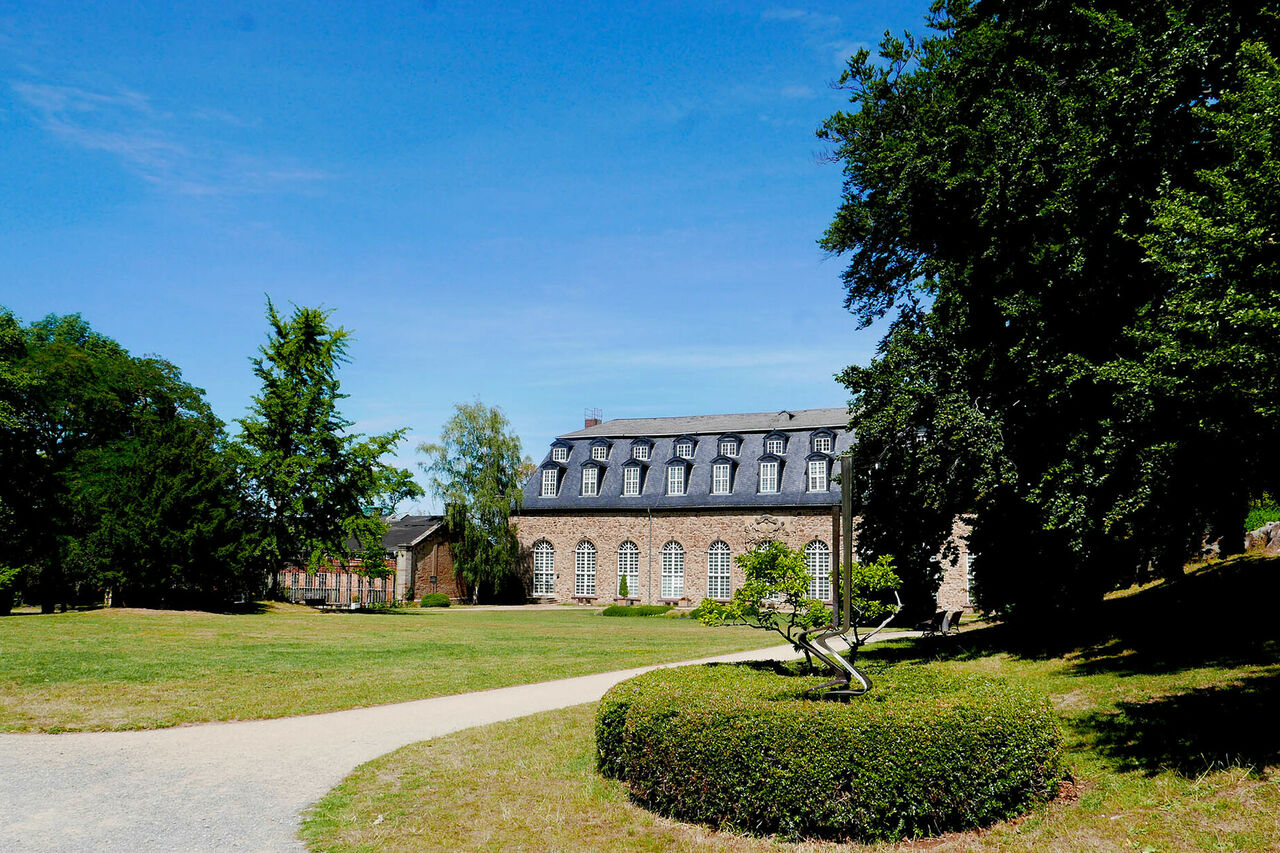 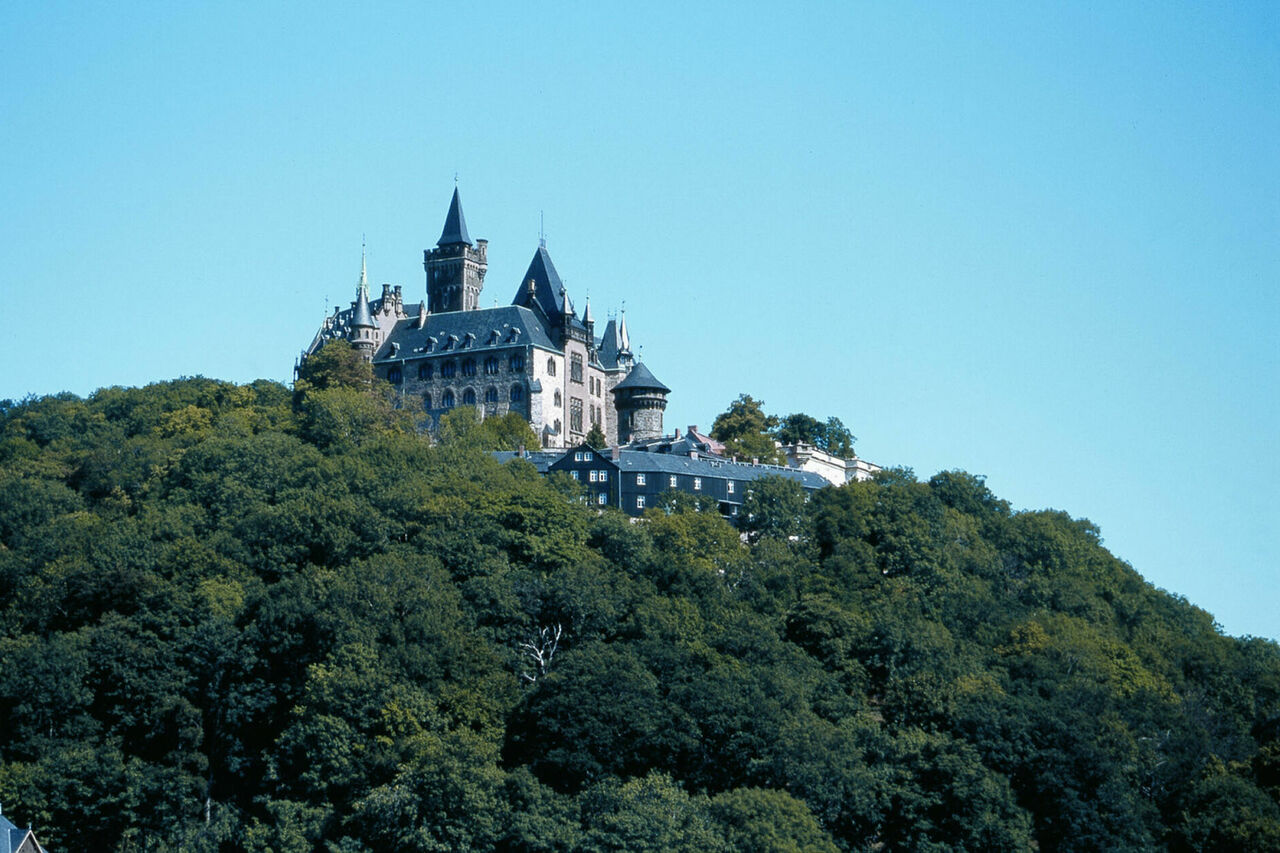 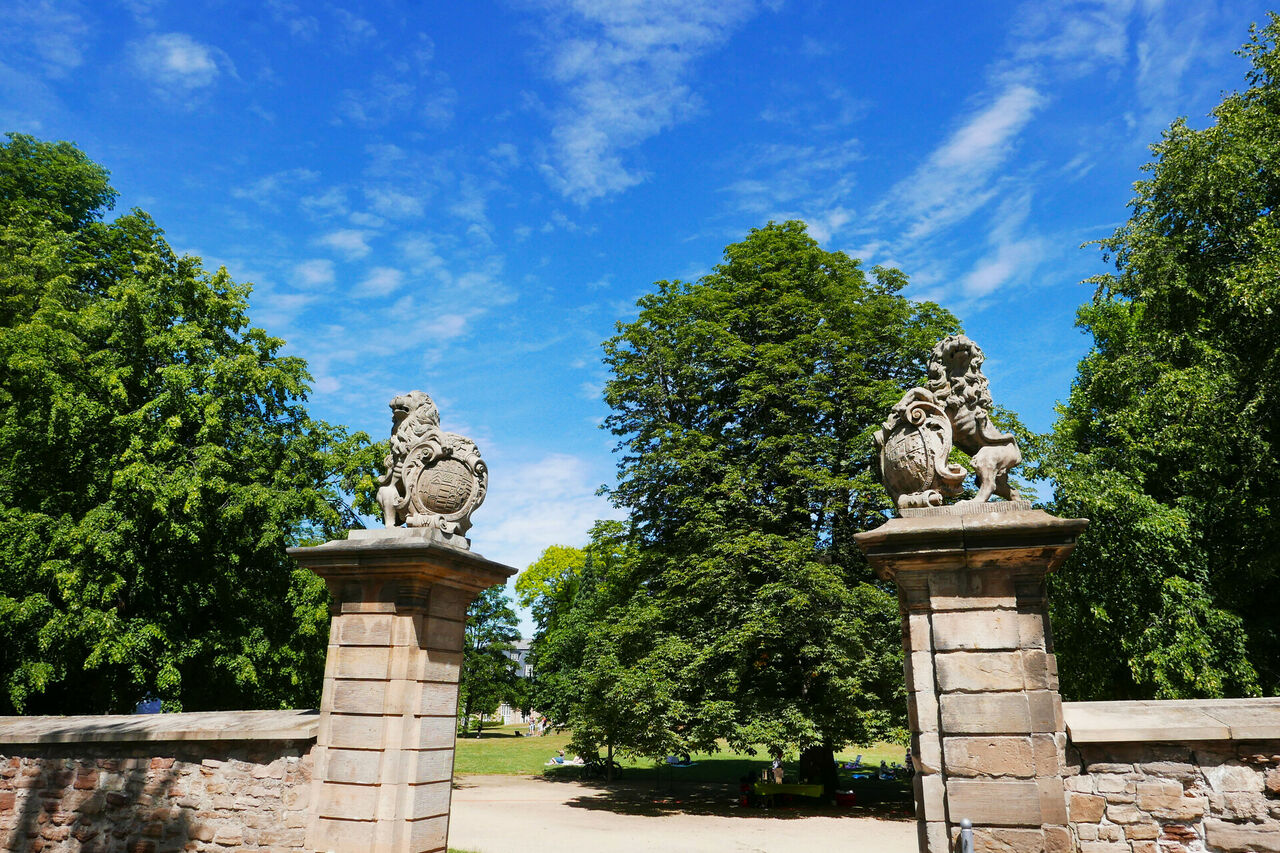 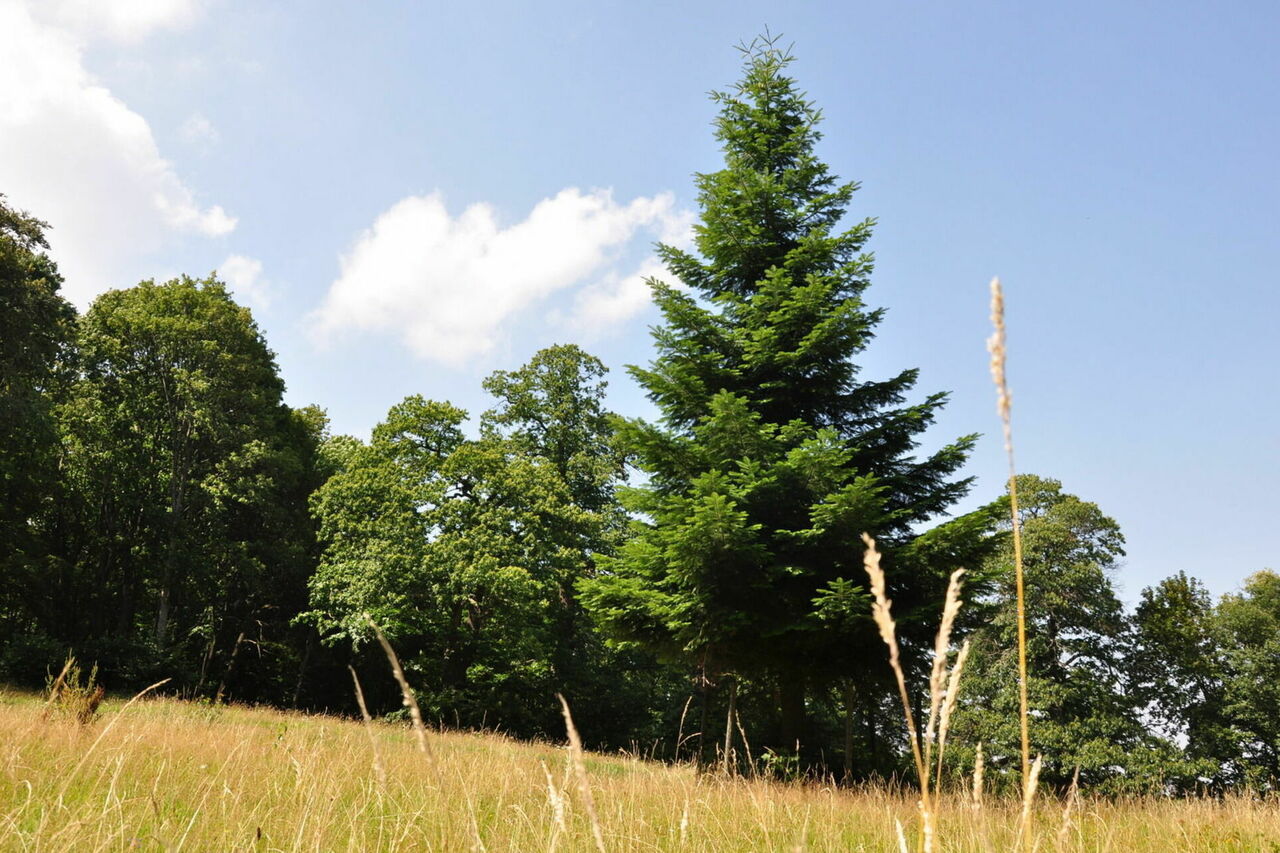 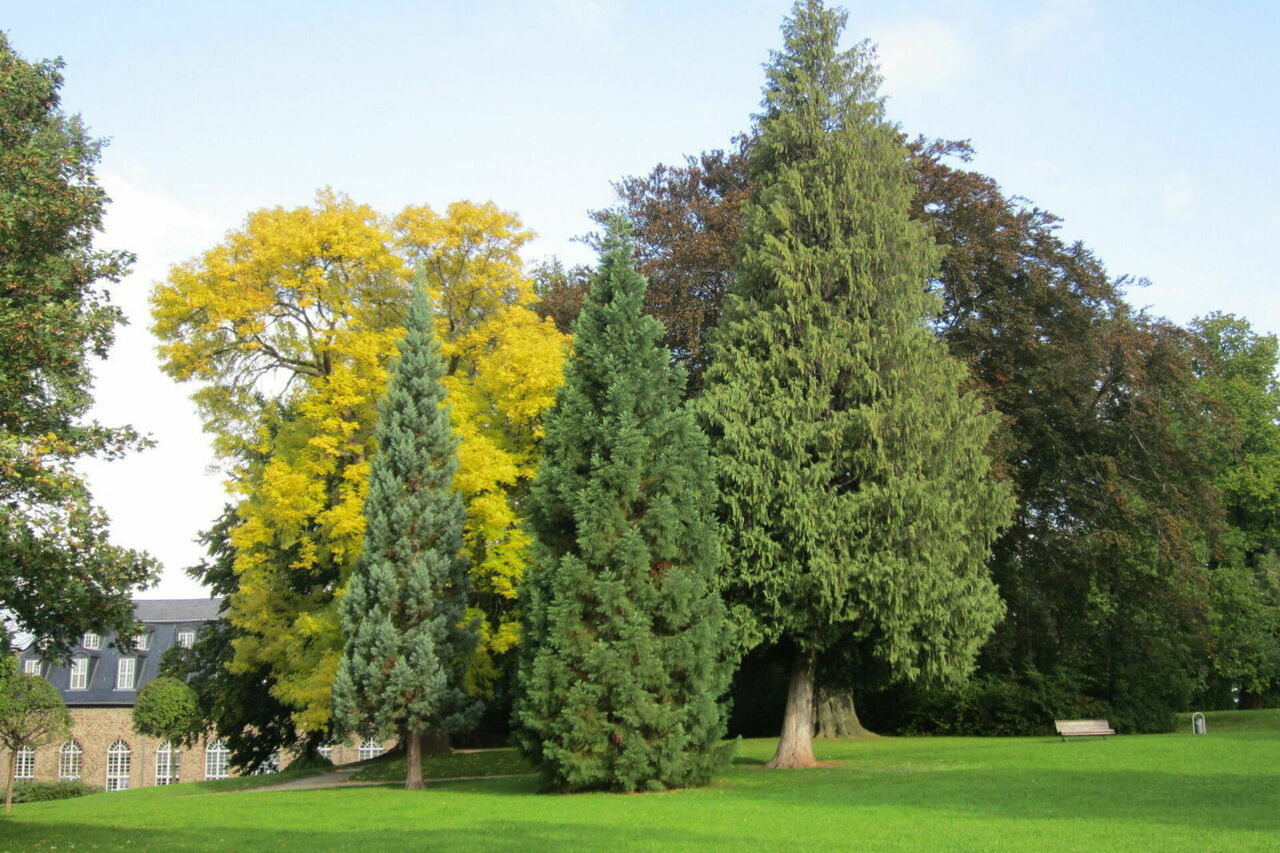 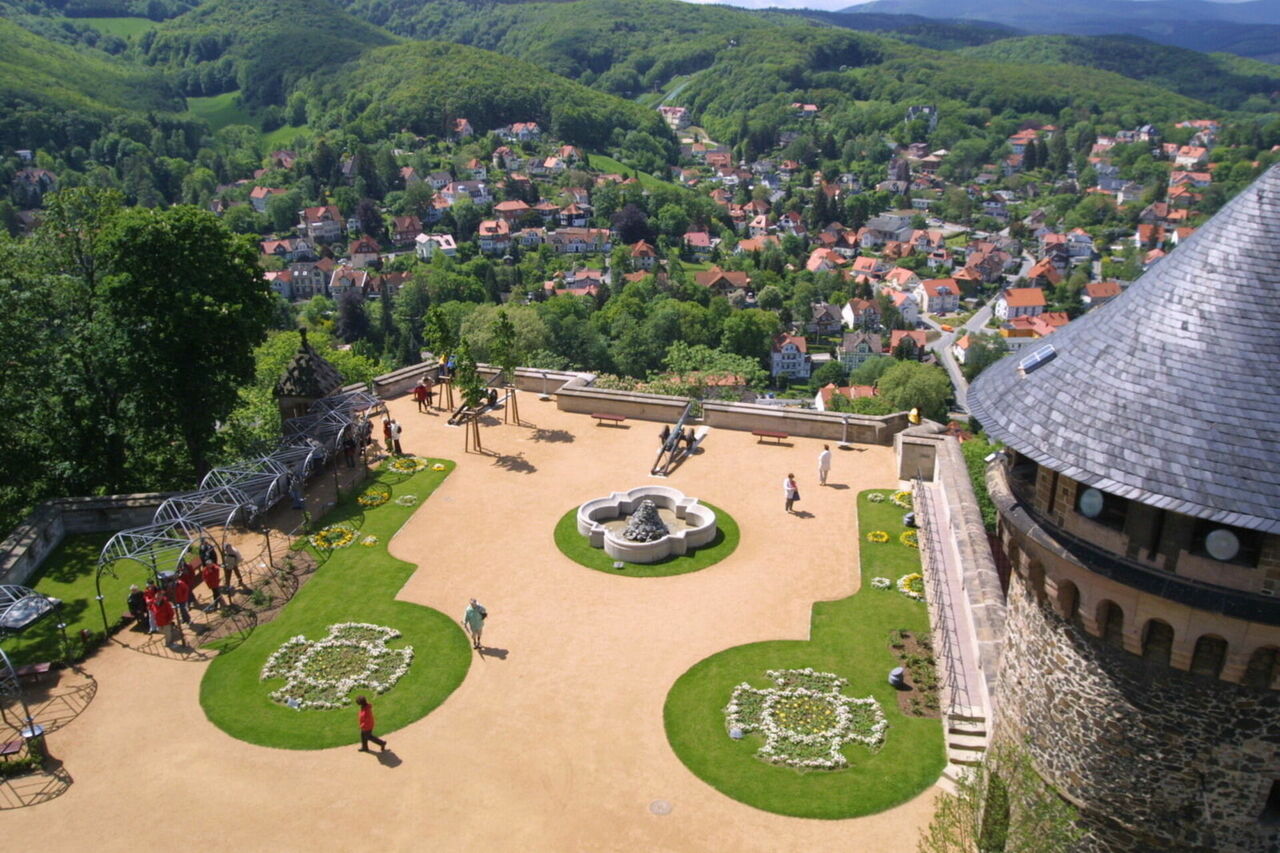 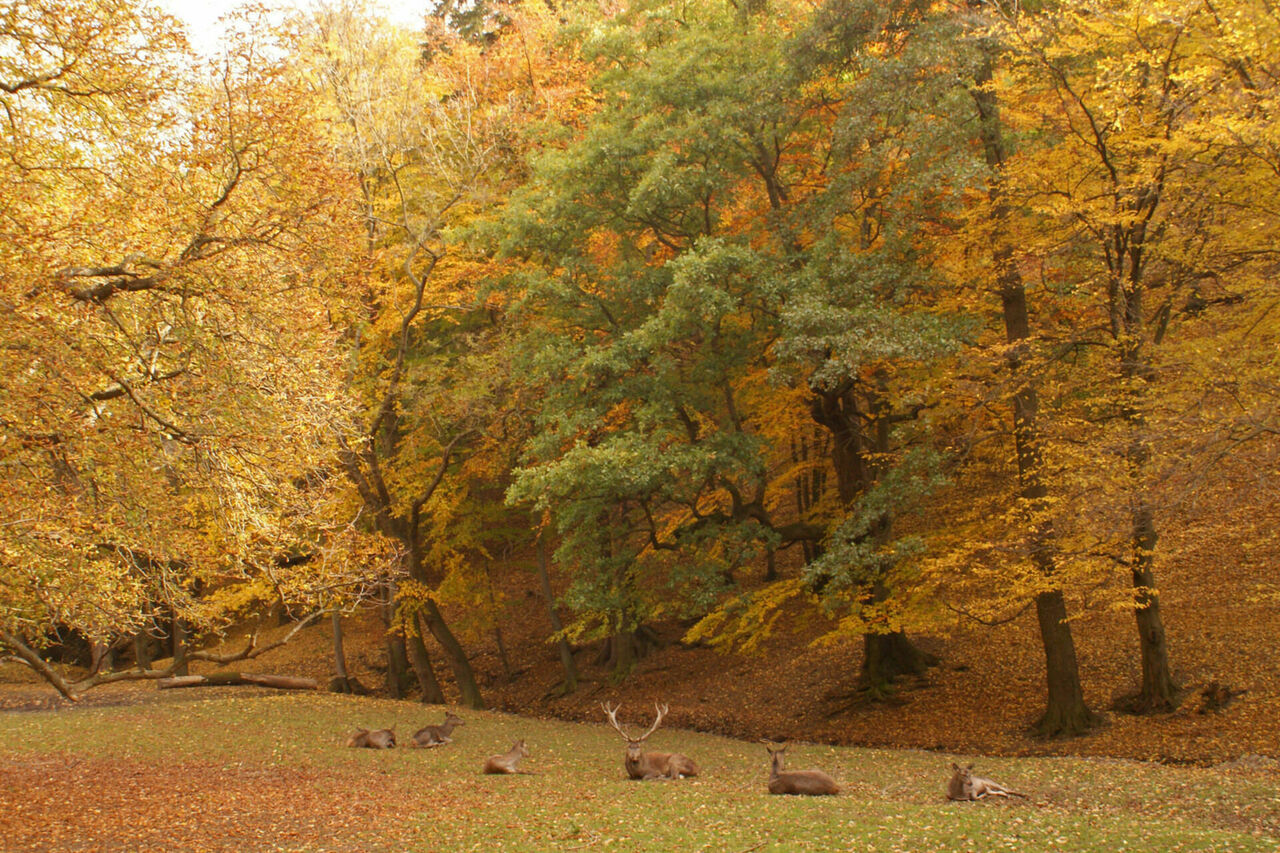 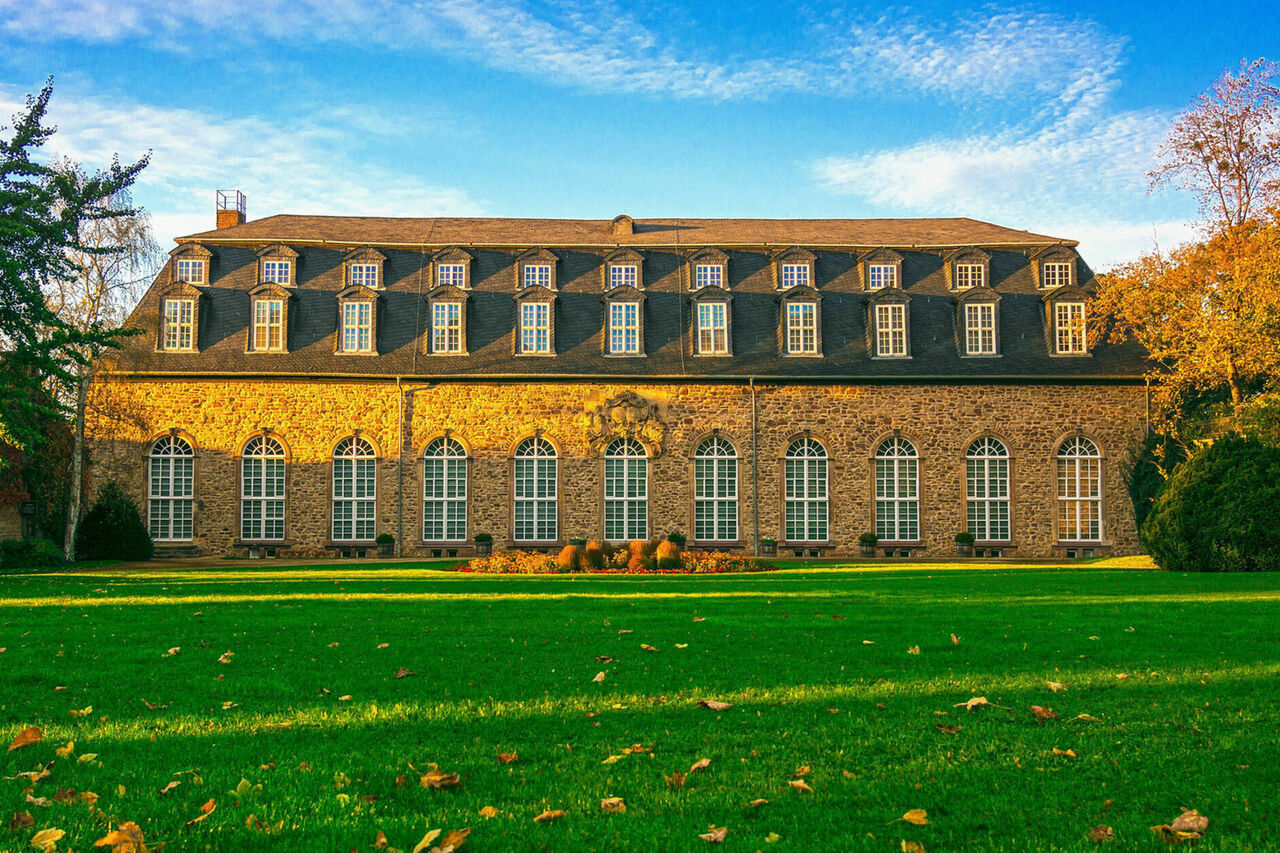 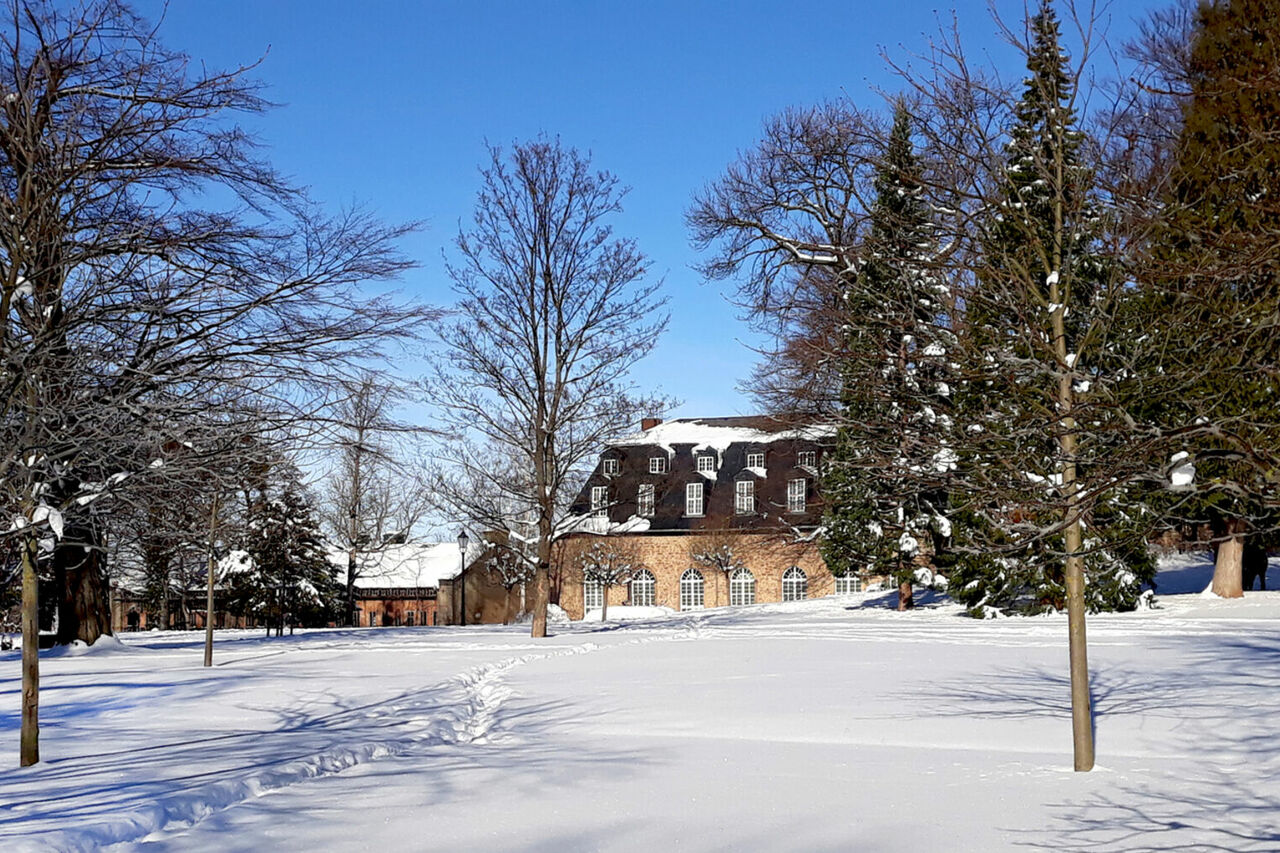 The gardens near the palace are open the same times as the palace. Donations welcome

Arrival by car
To the route planner

From the A 36, exit towards Wernigerode-Zentrum, park at the northern edge of the city, Altstadt/Schloss car park north of the palace. Continue either on foot or with the palace tram; additional parking at Christianental

Further gastronomic establishments on the Palace hill and in the valley "Christianental".

Accommodation in and around Wernigerode can be arranged at the

Playground and lawn in the pleasure garden.

Adjacent to the former Princely Tiergarten is the Wildpark Christianental with numerous domestic animals, petting zoo, and dining facilities.

Lots for families to see and do; there’s also Wernigerode Palace.

Permanent exhibition in the palace: rooms decorated in the original style of the European aristocracy