Oranienbaum is an impressive example of Dutch Baroque in Germany: the city, palace, and park are all geometrically aligned to each other. The park impresses with its large collection of citrus plants, which are moved indoors each winter into the largest orangery in Europe. The English-Chinese Garden is considered the only surviving of its kind in Germany. Oranienbaum Palace and Park are part of the Dessau-Wörlitz Garden Kingdom, a UNESCO World Heritage Site.

History of Oranienbaum Palace and Garden

Oranienbaum is one of the few examples of Dutch Baroque in Germany. Following her marriage to Prince Johann Georg II of Anhalt-Dessau (1627-1693),  Henriette Catherine of Orange-Nassau (1637-1708) chose to build her summer residence in the town of Nischwitz, which she renamed Oranienbaum in 1673. She commissioned Dutch architect Cornelis Ryckwaert to build an entire ensemble of town, palace, and gardens in the Dutch style. A task that took fifteen years to complete (1683-1698).

The once abundant interior with precious leather wallpaper, porcelain, faience and magnificent paintings gave the castle a shine, which is still evident today in the fully tiled summer dining room, the leather wallpaper hall as a former porcelain gallery of Henriette Catharina and the newly interpreted mirror crystal hall. The Principality of Anhalt-Dessau also owes her important impulses for economy and culture.

The palace, flanked on both sides by outbuildings, opens out to the marketplace, in the centre of which is a wrought-iron orange tree, the symbol of the House of Orange. The Dutch influence on the 28 hectare garden is especially visible in the emphasis on the transverse axes.

Prince Franz, the great grandson of Henriette Catharina, transformed the island garden next to the palace parterre into an English-Chinese garden between 1793-1797, designed by English architect Sir William Chambers. Architectural highlights on this idyllic island landscape with its arched bridges and boulders are the Chinese house and a five-story pagoda atop a rocky hill.

The orangery, completed in 1818 on the southern edge of the park, is one of the longest in Europe (176 m). To this day, it is used to house and cultivate citrus plants.

Despite ongoing restoration, Oranienbaum Palace is open to visitors. The palace and gardens are both part of the Dessau-Wörlitz Garden Kingdom, a UNESCO World Heritage Site; it is also a part of the Middle Elbe Biosphere Reserve. 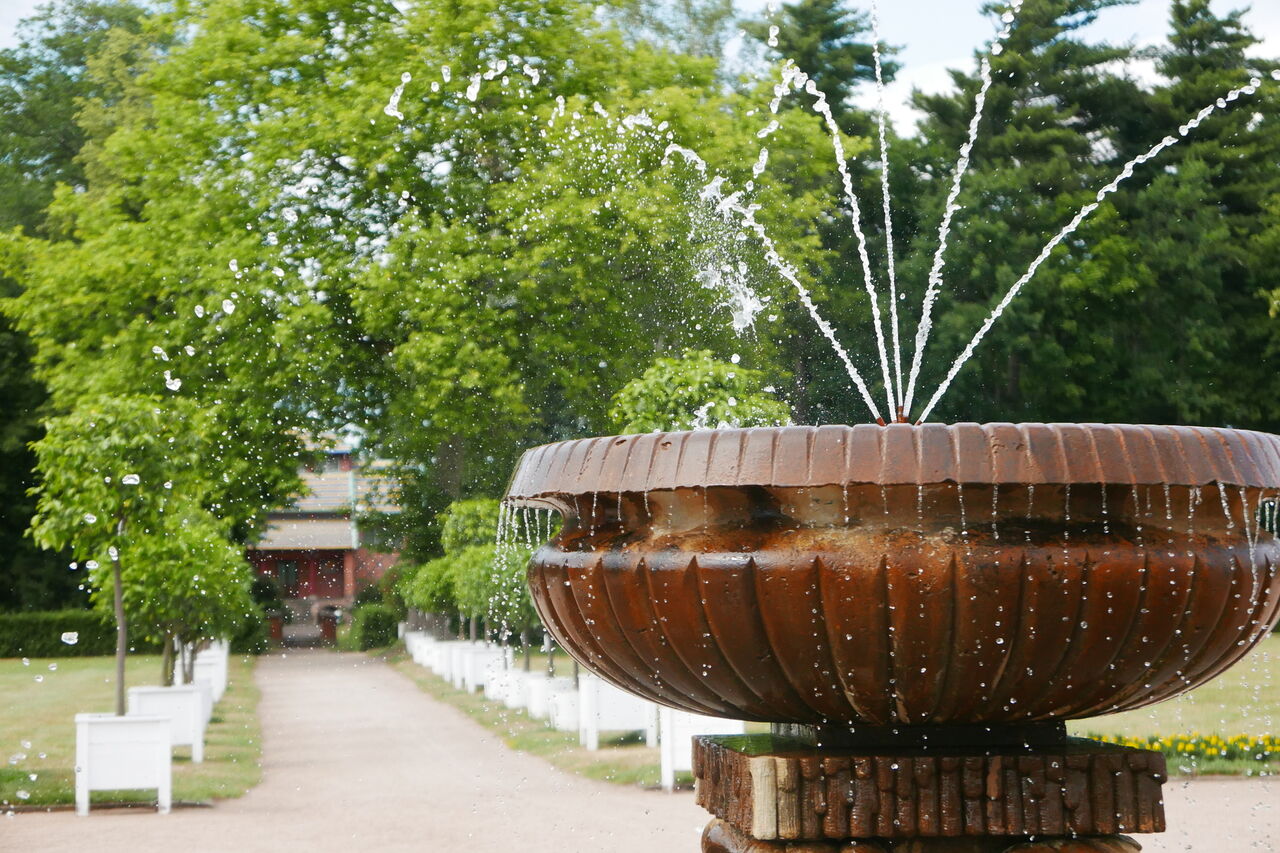 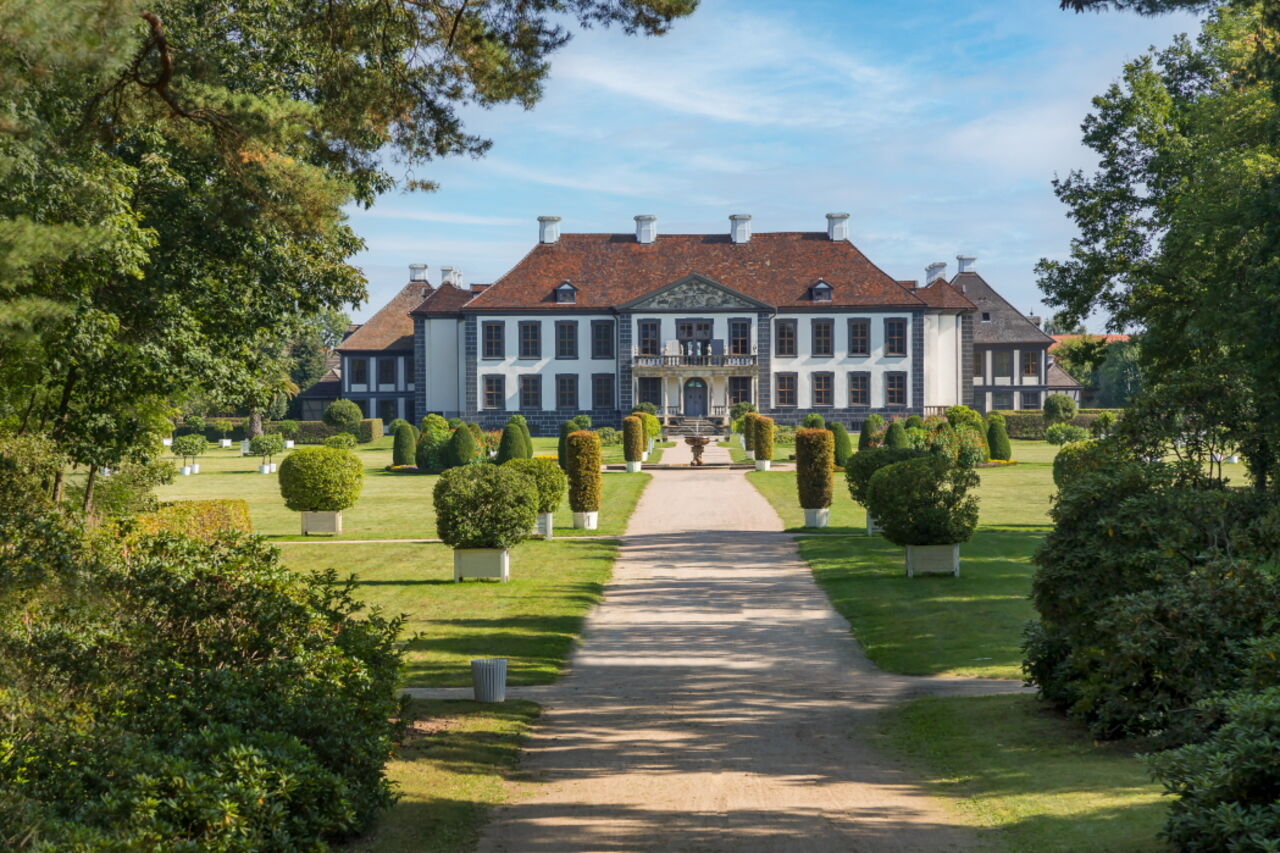 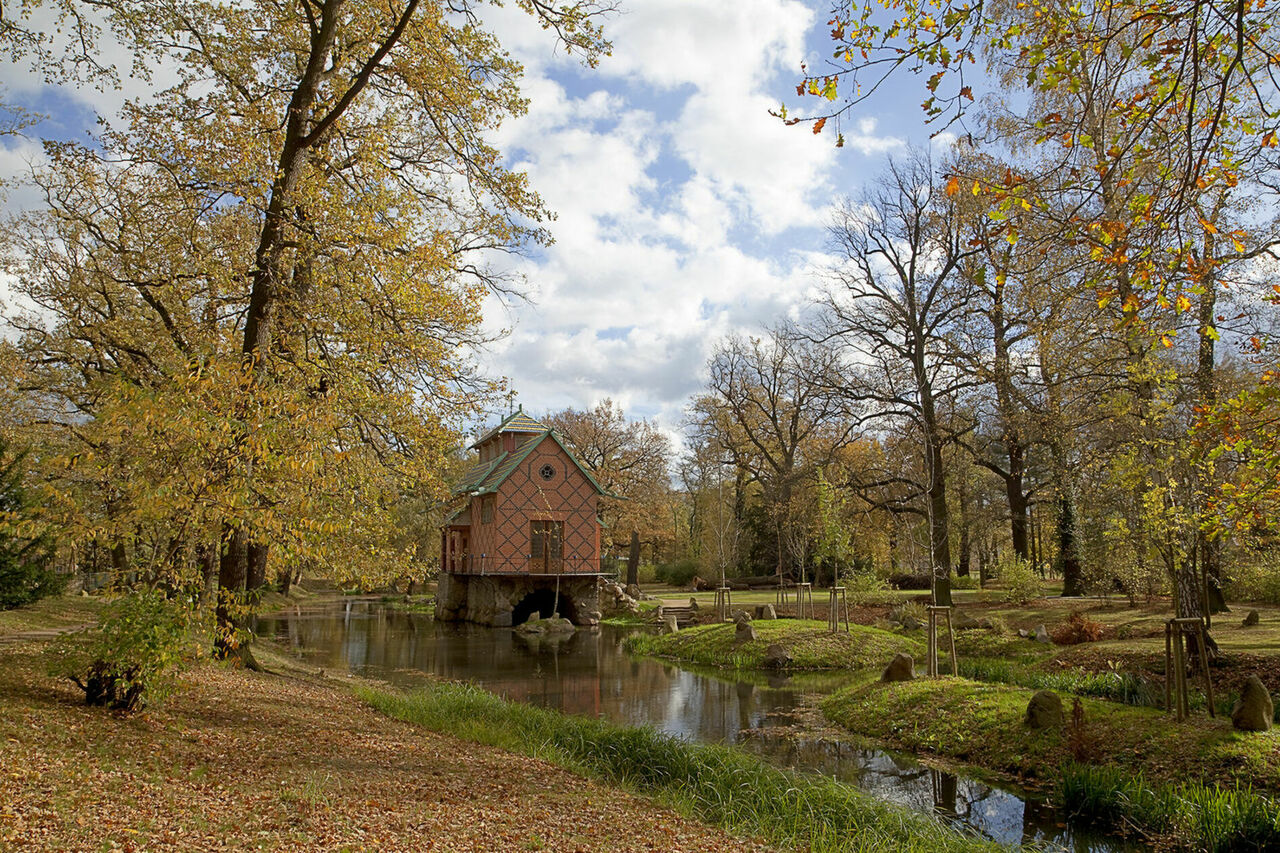 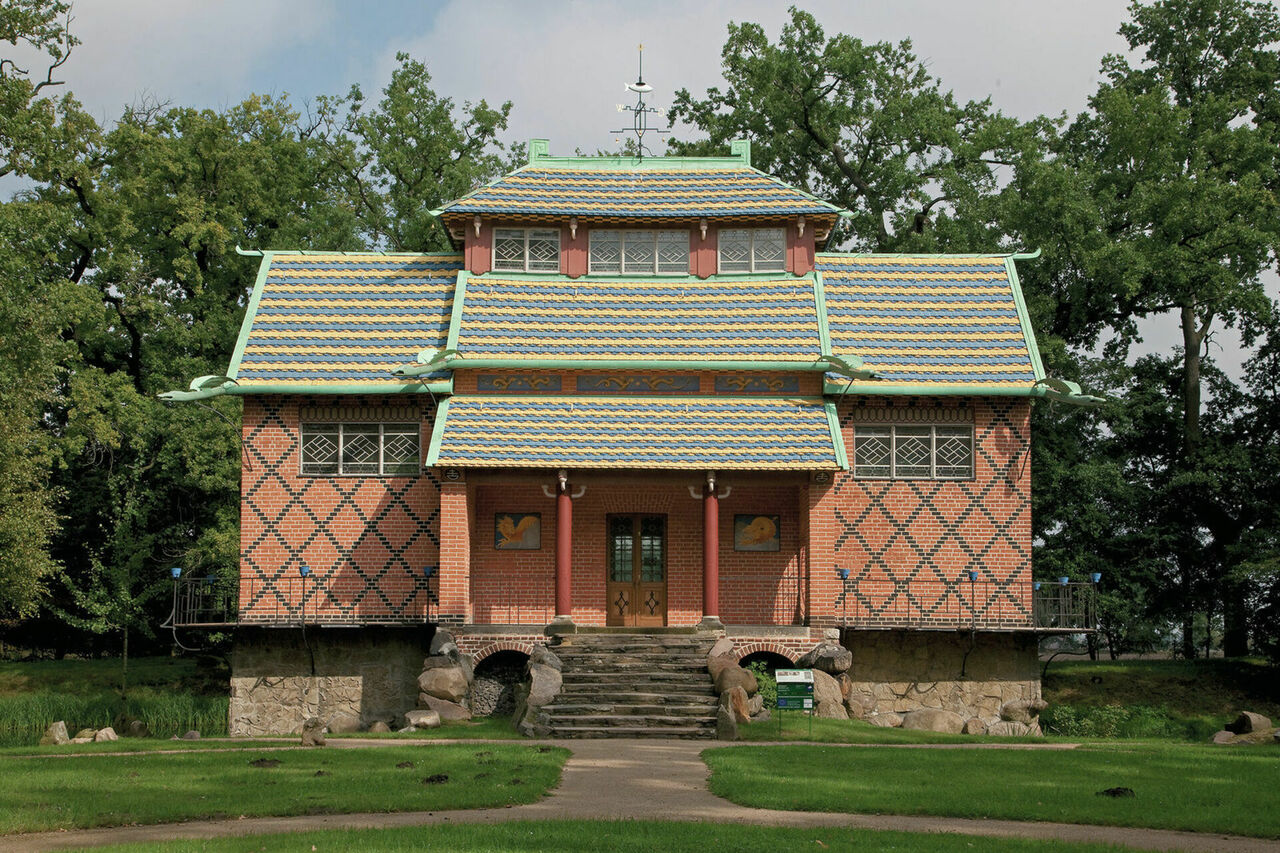 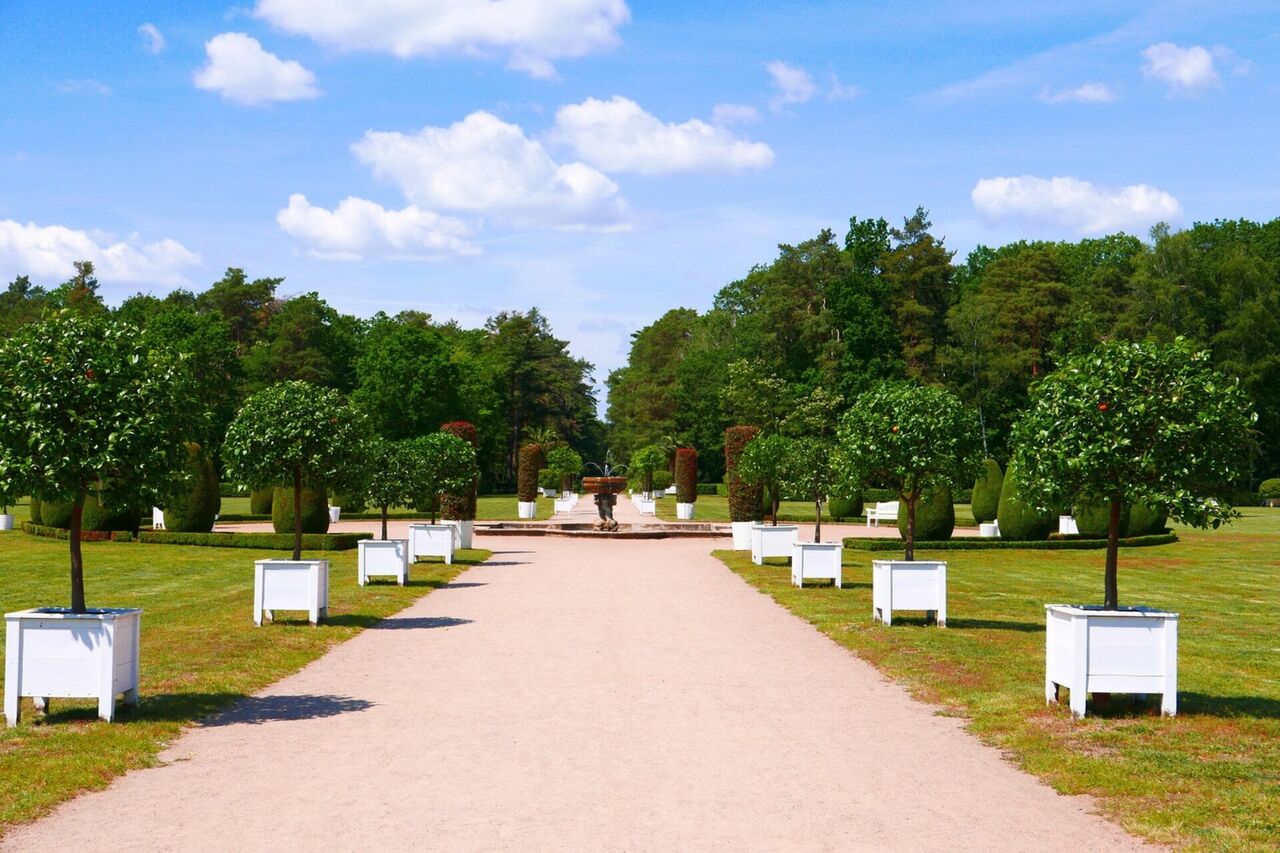 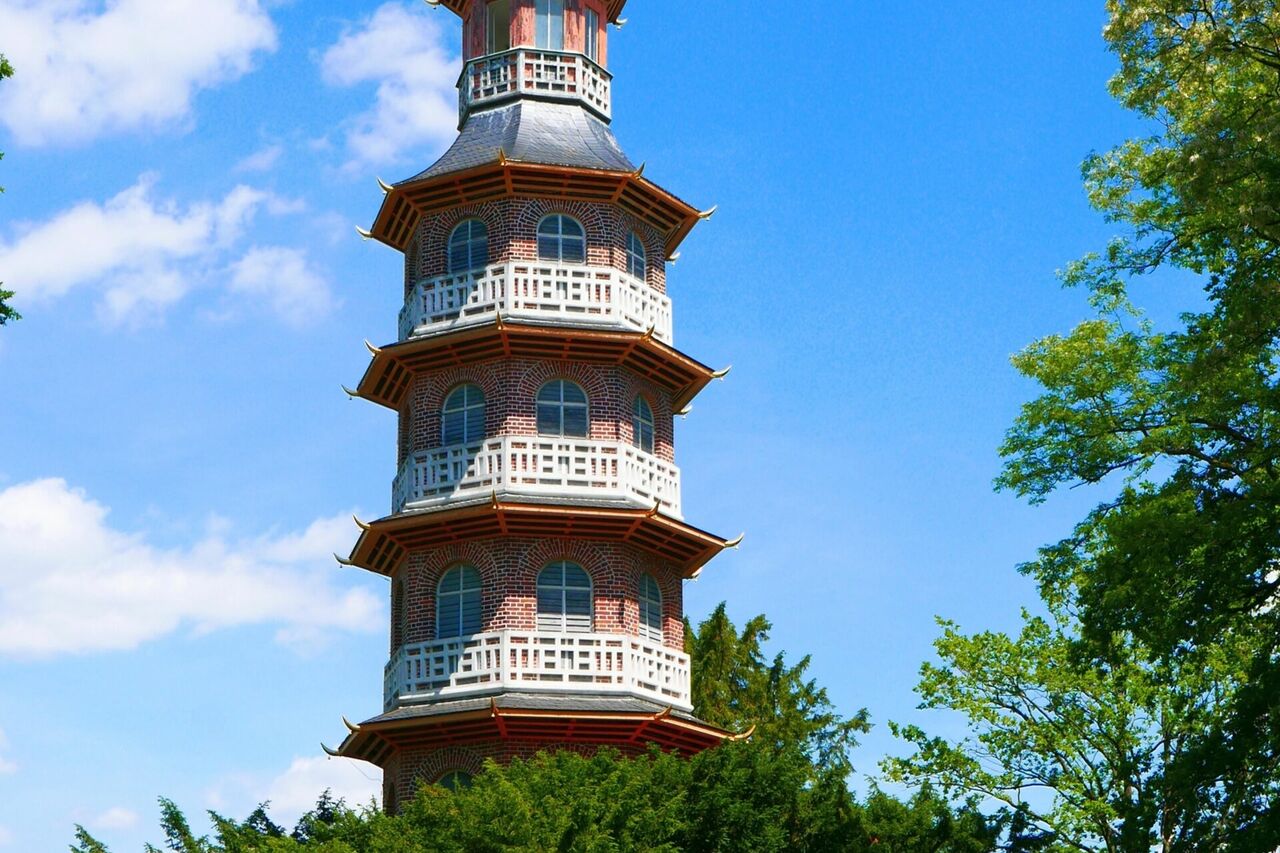 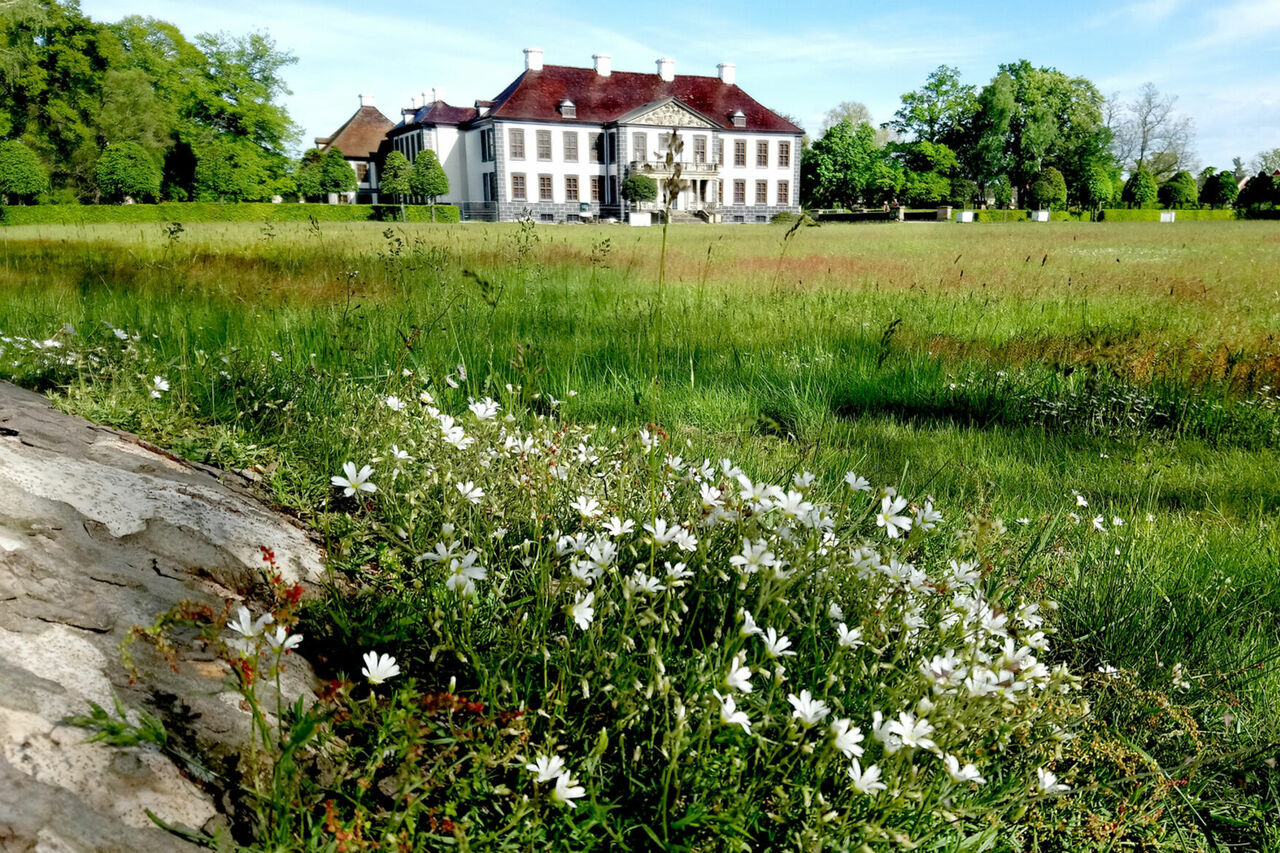 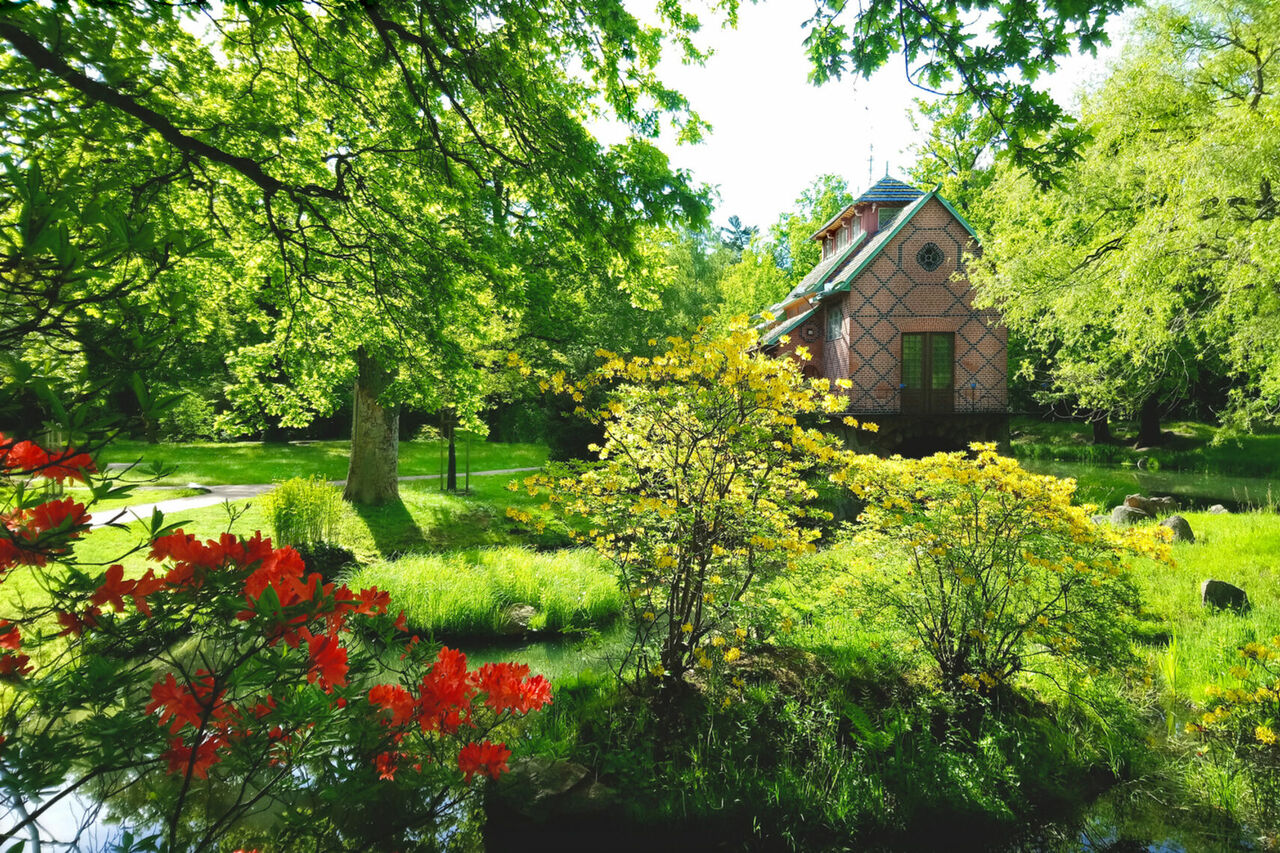 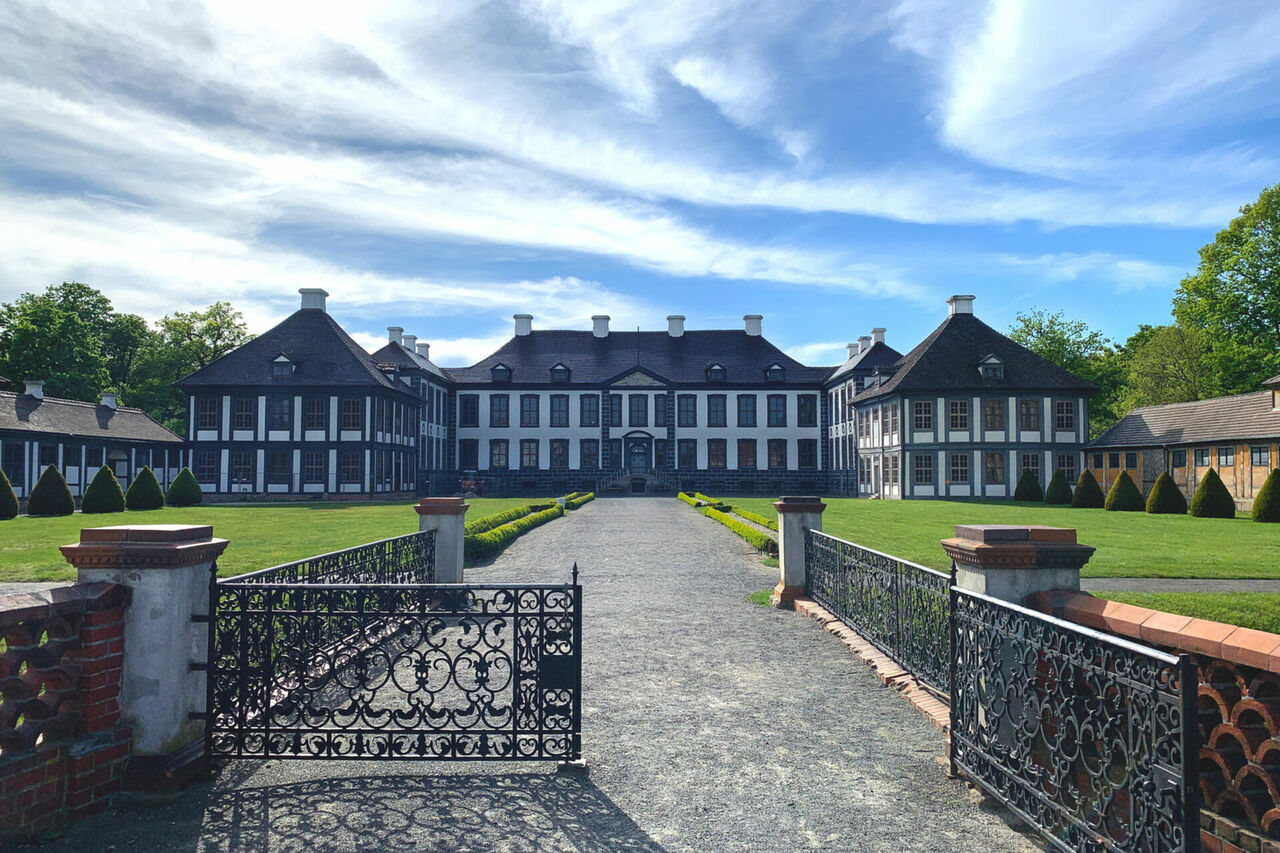 Arriving by bus or train
From station Dessau-Wörlitz,then by bus from the bus station, (timetable information), or with the Dessau-Wörlitz Railway (stop Oranienbaum)

The Palace can be visited during a guided tour.

Palace museum with some historic furnishings

Donations/sponsoring for sculptures, architecture, trees, plants, exhibition items possible
In the case of tree donations, the Department of Gardens is happy to advise you personally