The palace garden at Krumke contains a very speciality of all the Garden Dreams sites: a 400 years old boxwood hedge. Garden experts agree that it is one of the oldest of its kind in Europe. In spring, the corydalis and rhododendrons bloom, the lush greenery of the magnificent old trees fills the garden in summer and their picturesque colourful leaves in autumn are reflected in the garden's pond. The cavalier's house, the rock cabinet, and the Orangery still bear witness to the original Baroque design of the gardens. The park library in the rock cabinet is a perfect place for browsing around and the café in the cavalier's house tempts with the scent of freshly baked cakes.

History of Krumke Palace and Garden

Krumke Palace and Garden are located in a small village in the Altmark that was once a knightly manor with a church and manor house dating back to the 12th century.

In 1649, the von Kannenberg family bought the estate and built the orangery. In the early 18th century, they commissioned famous French landscape architect Charles La Ronde to create a fashionable pleasure garden with clipped hedges, alleys and bosquet. The temple of Fortuna, the cavalier's house, and several sandstone sculptures date back to the Baroque era, including a splendid Bacchus riding on a wine barrel. The 400 years old boxwood hedge, one of the oldest of its kind in Europe, has been preserved to the present day, practically a miracle in its own right.

The von Kahlden eventually purchased the estate and built the neo-Gothic palace with a redesigned garden park between 1854 and 1860. The former moated castle was demolished to make way for the new palace. The garden was given winding paths and a large pond in the English style. Many rare tree species such as the copper beech, cypress, holly, jade and ginkgo were also planted during that project. They still dominate the remarkable appearance of this Garden Dreams site to this day.

In 1911 Arthur von Gwinner purchased this magnificent complex near the village of Osterburg and decided to further transform the palace and its gardens. Among other things, he expanded the carp pond, laid out an alpine garden, and, in keeping with the times, installed a tennis court and a shooting range. He had the former temple of Fortuna rebuilt as a rock cabinet for his rock and mineral collection. The wrought-iron gates to the site, restored in 2005, also date back to this era.

Tips for Garden Dreams visitors around the Krumke’s palace garden

Make sure to check out the village church in Krumke with its wooden altarpiece. Krumke is located on the Altmark cycling tour (Salzwedel - Havelberg route) and on the Altmark riding trails network. You may want to explore the wooded surroundings by bike, on foot, or on horseback. The surrounding villages are home to some interesting historic stone churches. Particularly attractive is the church in Krevese. The village of Osterburg offers their visitors a swimming area in the River Biese and a place to hire boats. 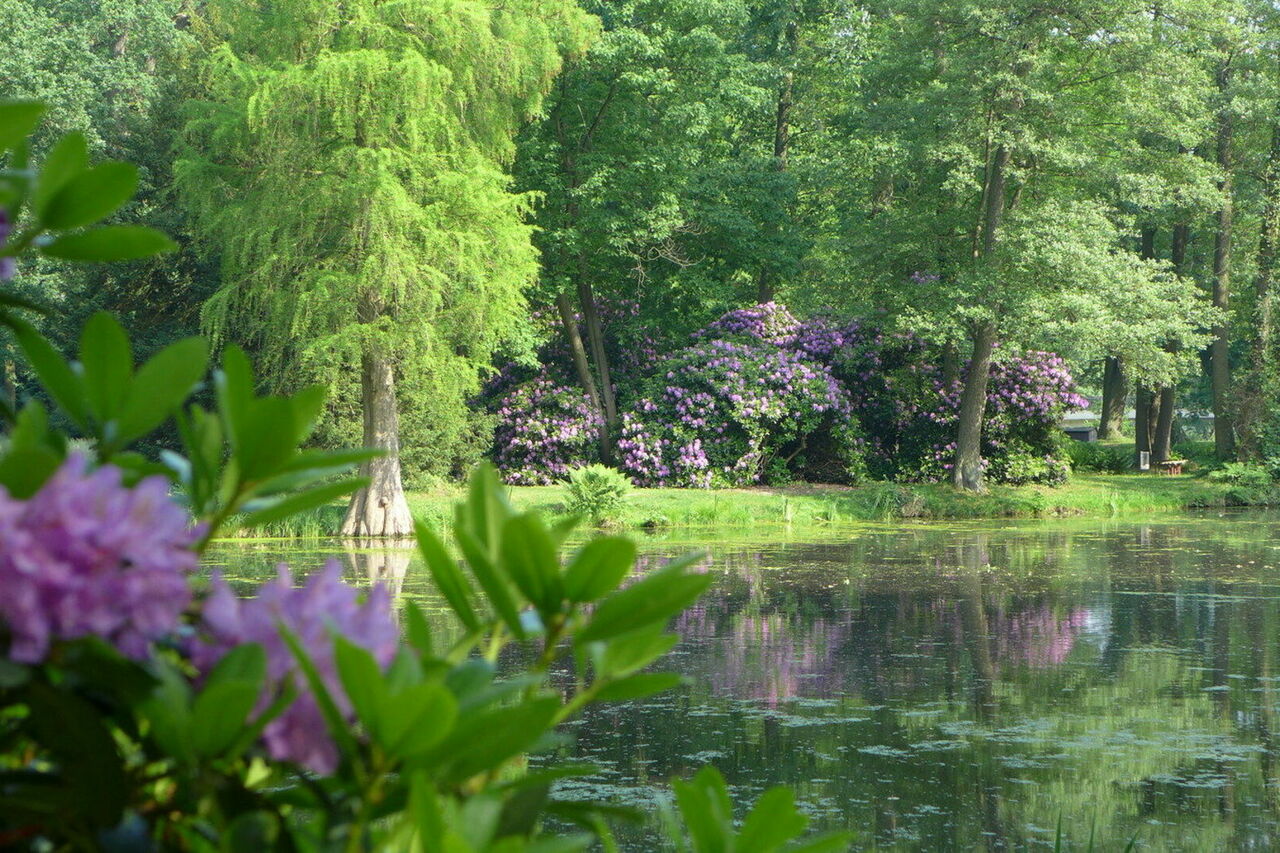 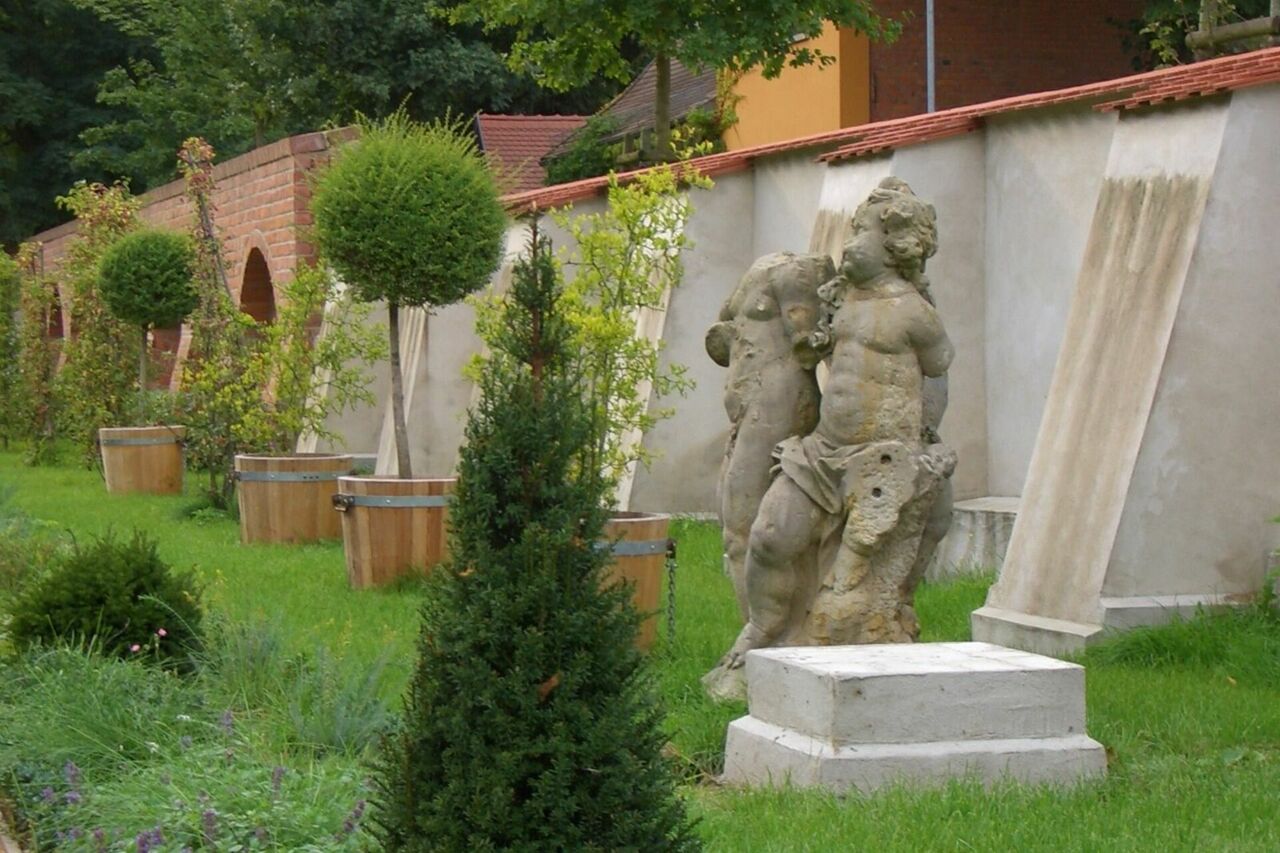 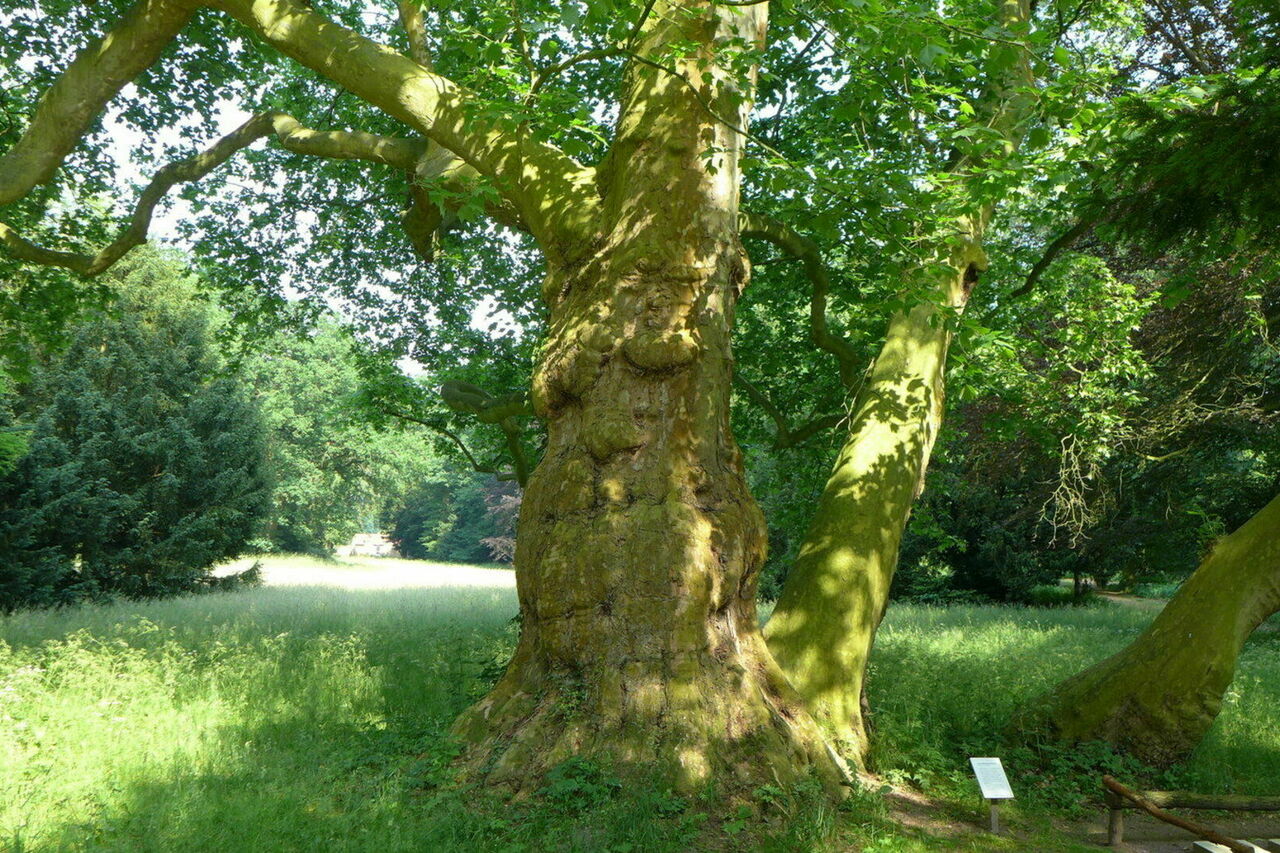 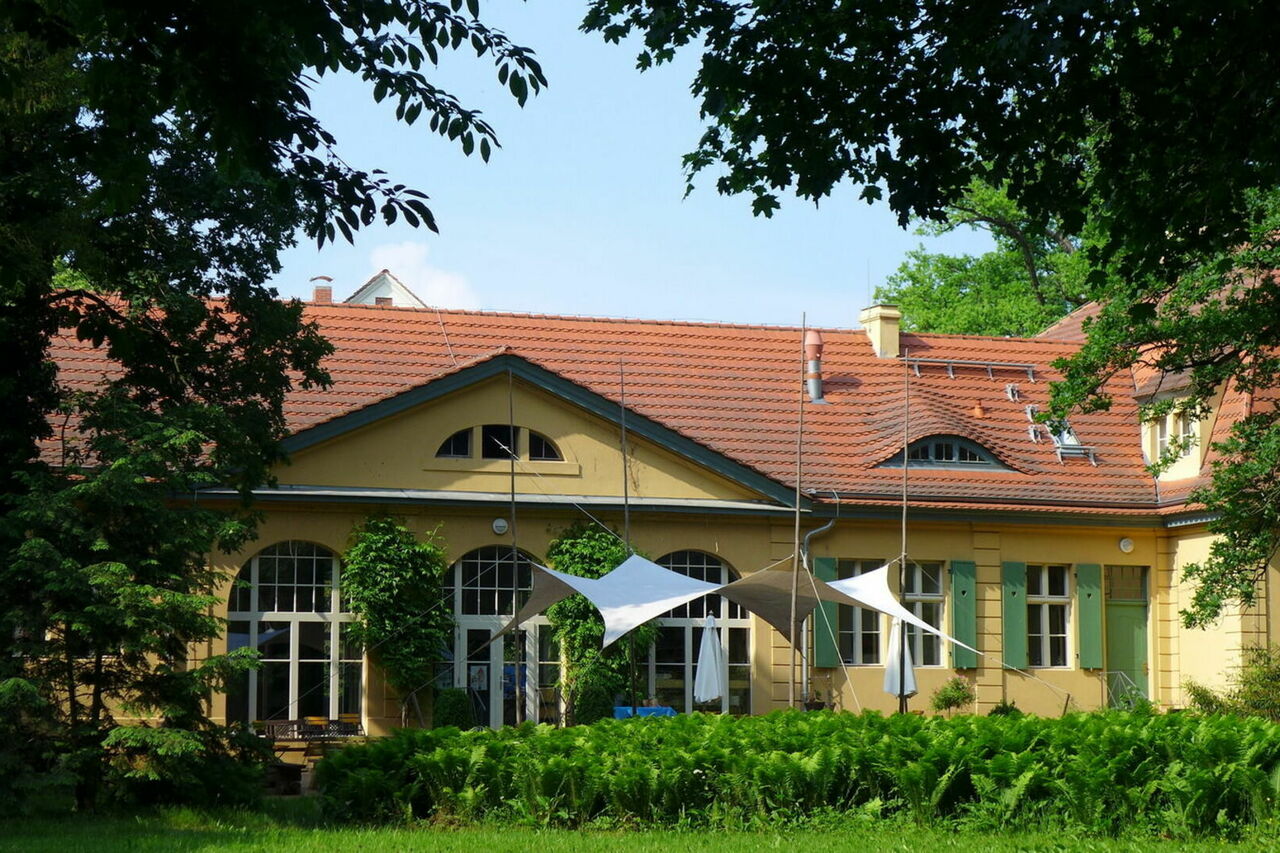 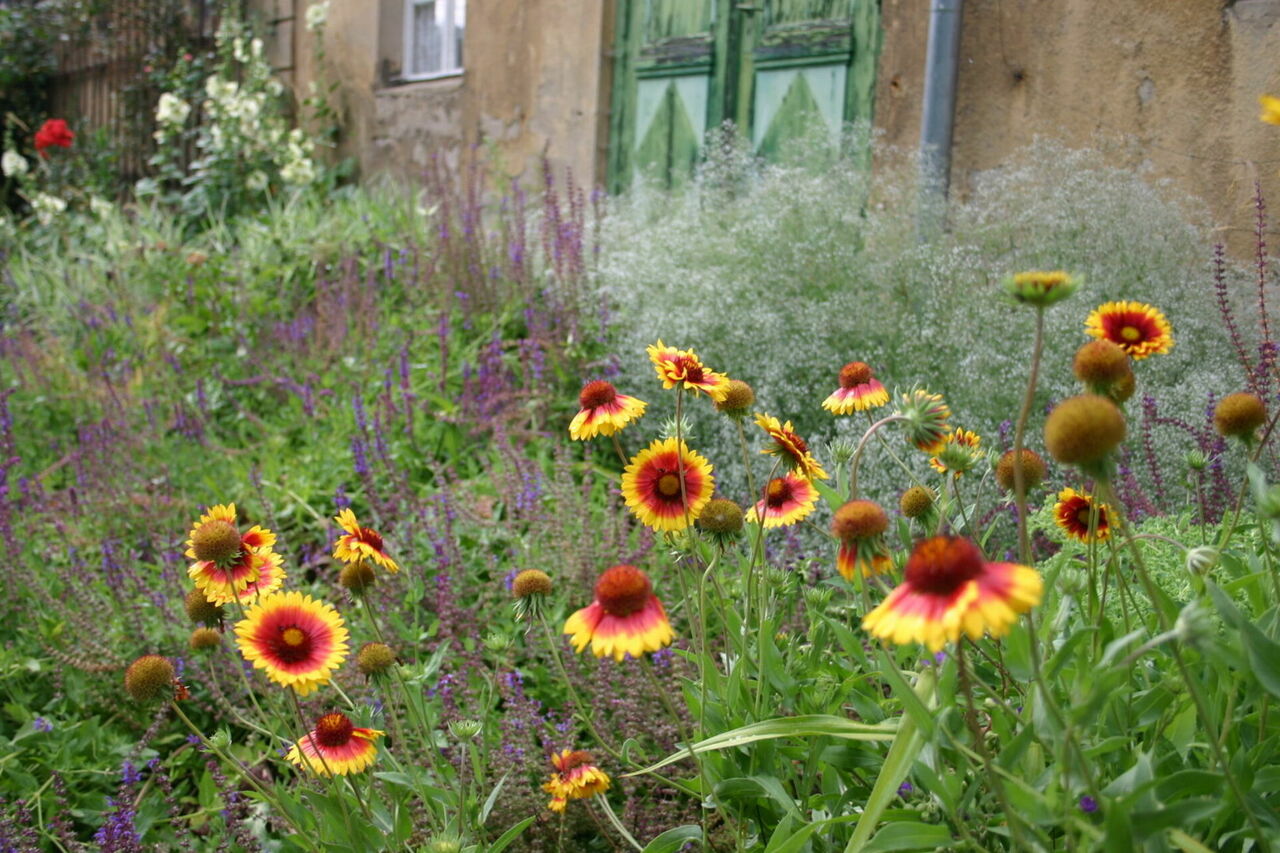 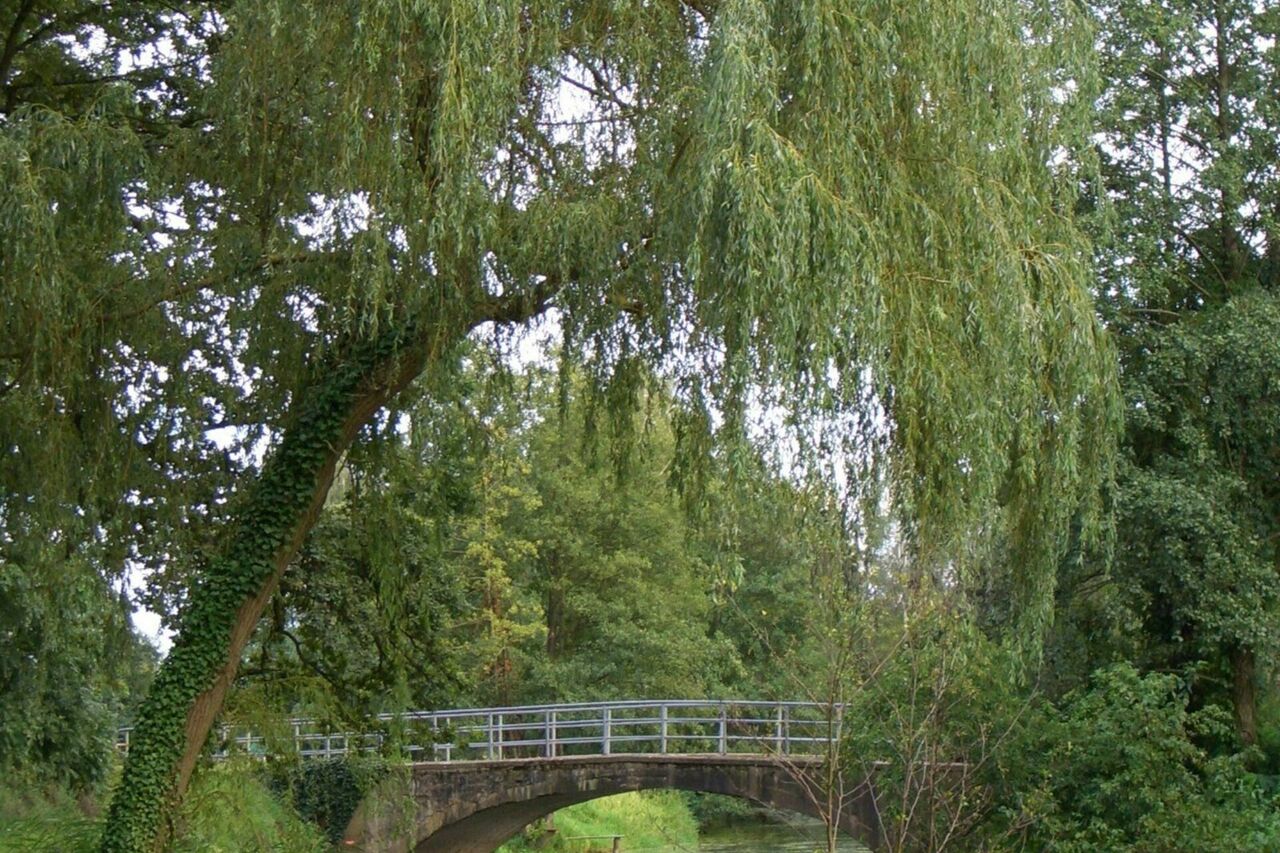 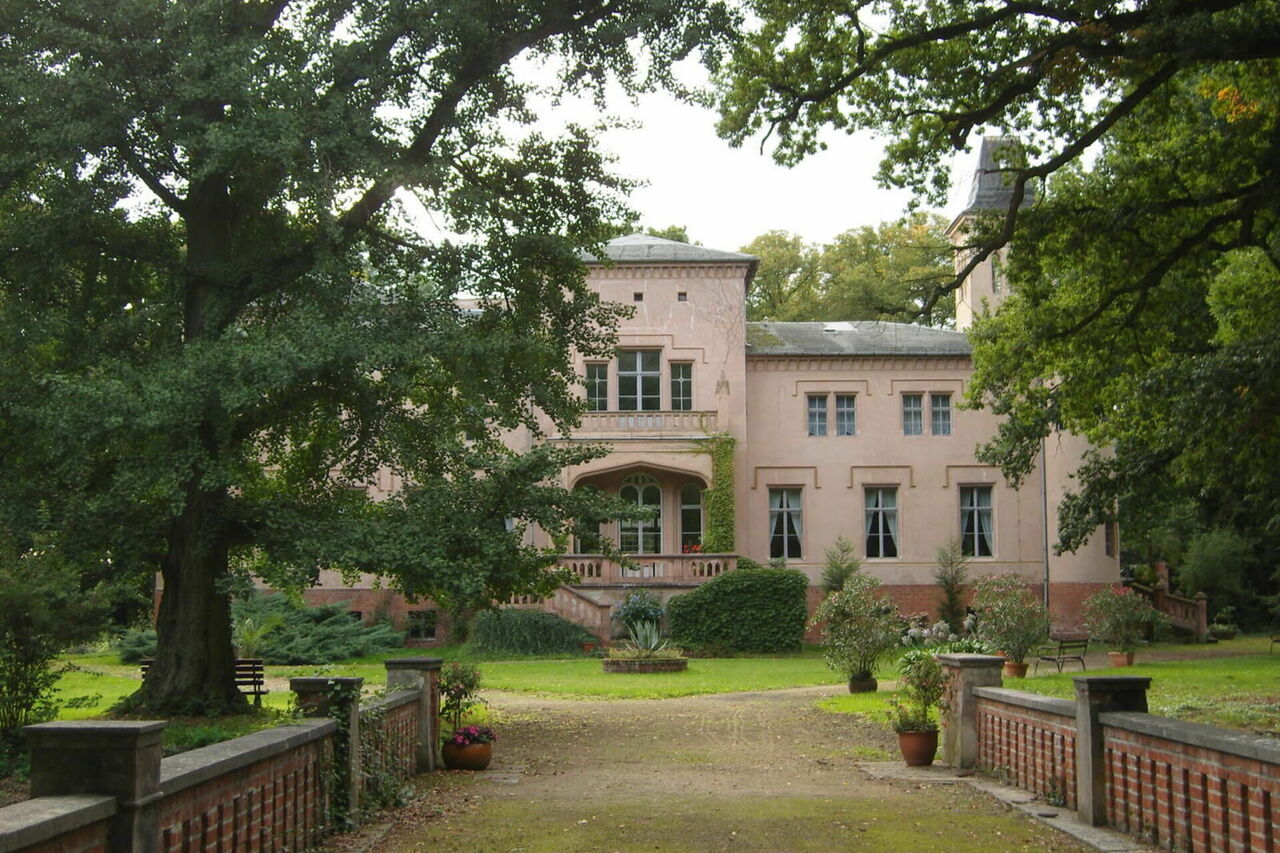 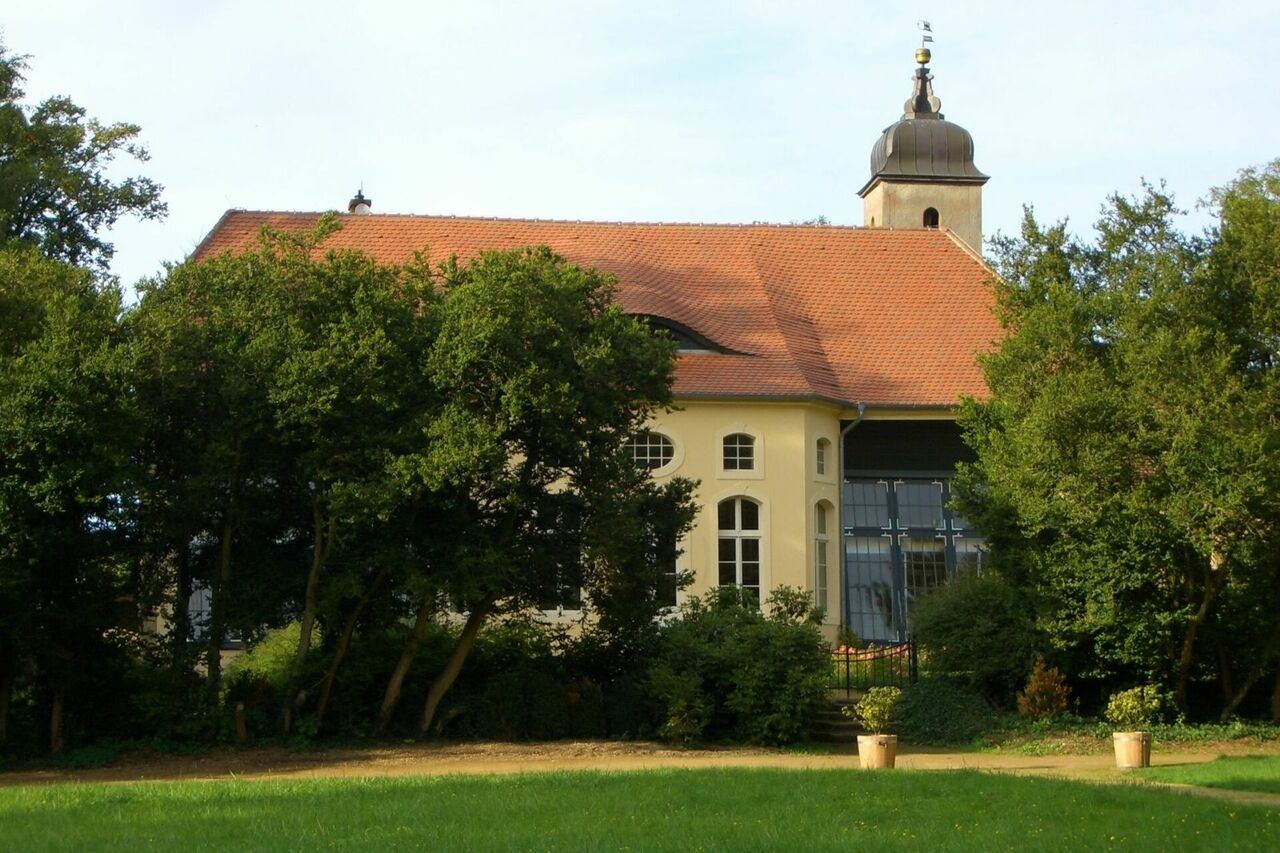 Palace
Not open to the public

Take the B 189 northwest of Osterburg towards Krevese (L9). After about 1200 m, turn left to Krumke along Schlossstraße. Turn onto Parkstraße, where the car park and the main entrance are located. Coaches turn around also available.

The palace park includes a playground and a picnic area.

Permanent Exhibition “A Passion for Boxwood”

An approximately 400-year-old boxwood hedge is the hallmark of Krumke Palace Gardens. The exhibition (“A Passion for Boxwood”) is devoted to this popular ornamental shrub. Its place in horticulture, its care and diseases, its propagation, and its use in medicine: These questions and more are answered on the 35 permanently mounted panels with 250 images in the rock cabinet and around the park.