The Elbauenpark opened in 1999 for the 25th Federal German Garden Show (Bundesgartenschau) on a site to the south of the Herrenkrugpark. The attractive leisure park inspires guests with its varied garden designs and numerous leisure and cultural activities such as recreational areas and playgrounds, the Millennium Tower (Jahrtausendturm), and the butterfly house.

This site has a long history, but is also one of the newest Garden Dreams sites. These meadows along the floodplain of the River Elbe once known as Cracauer Anger were extended all the way to the Herrenkrug.

The site was also used for military purposes from the middle of the 19th century. This led to many barracks buildings being constructed, some of which are still locating on the premises. The debris of World War II from Magdeburg’s city centre was discarded to Cracauer Anger.

The Soviet Army took over the site shortly after the war and remained stationed here until the early 1990s. Once the site was cleaned up, the site was redeveloped as the Federal German Garden Show. For example, the two-to-four metre high walls that dated from the site's early military uses were integrated into the design of the northeast of the park. Shaded by old trees, these are now generous spots for a bit of relaxation.

While a diverse programme is offered on the lakeside stage, the Butterfly House invites guests to explore the light and airy world of the tropics, and the Millennium Tower stands as a new landmark of the state capital of Magdeburg and takes visitors on journeys of discovery with researchers and inventors. The site also features various themed gardens, art works dotting the landscape, and the areas along the riverbanks that have been allowed to return to almost their natural state. This recreation is a popular destination for the whole family. 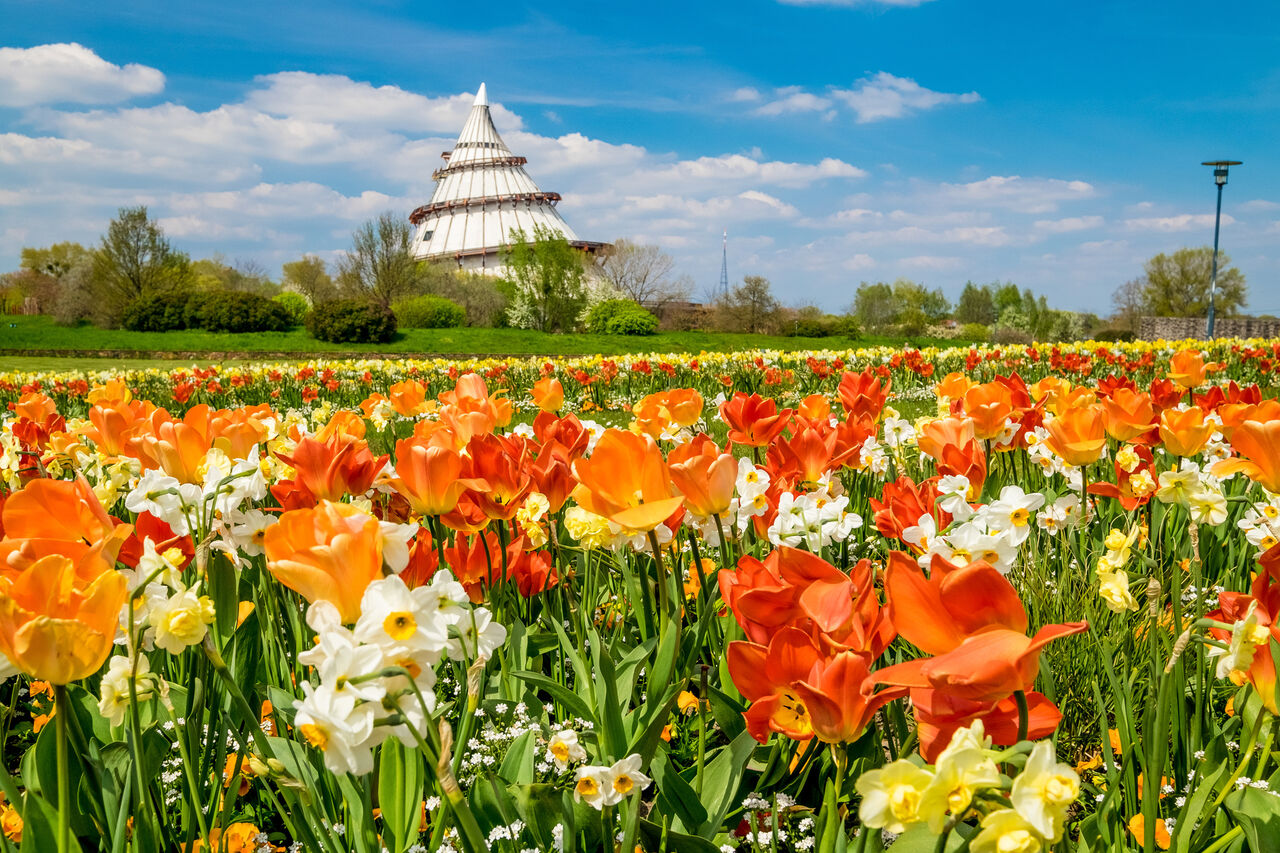 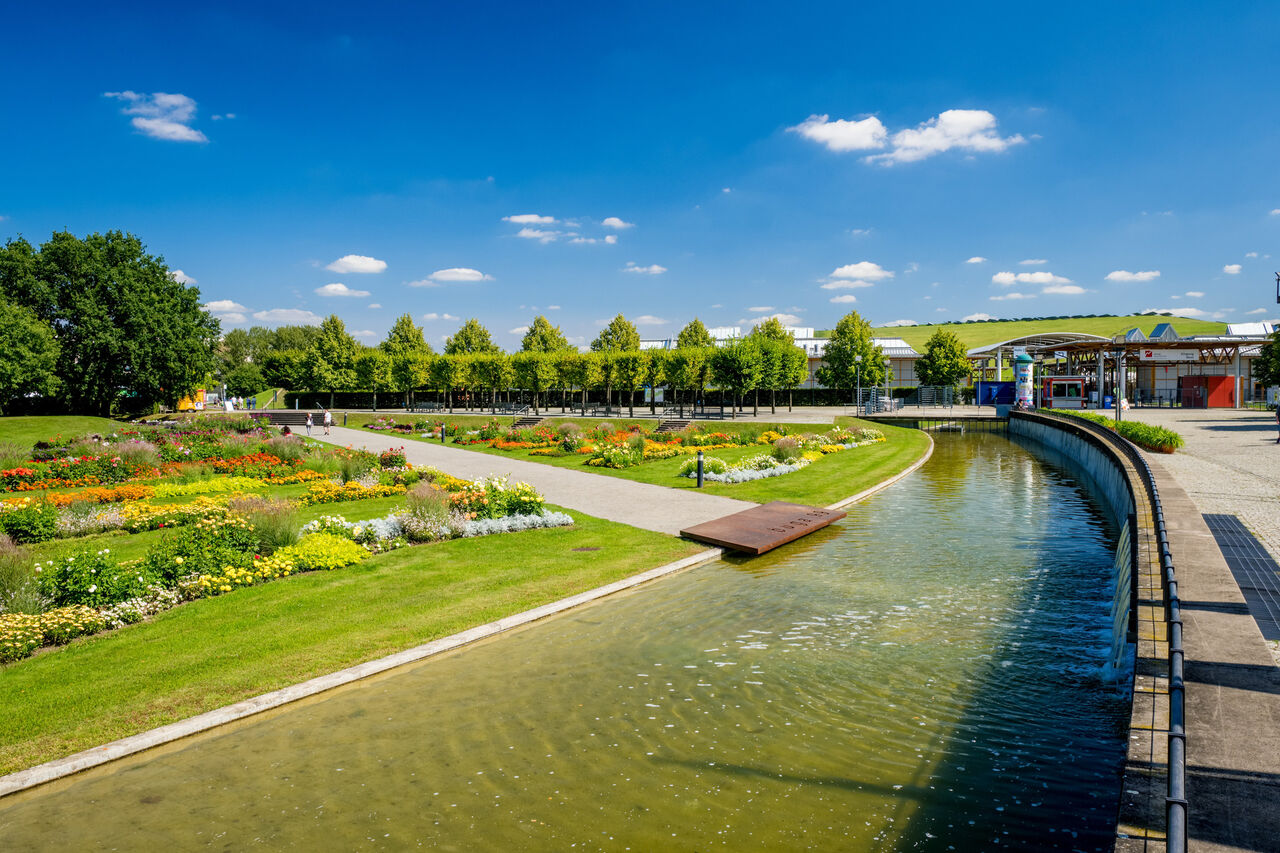 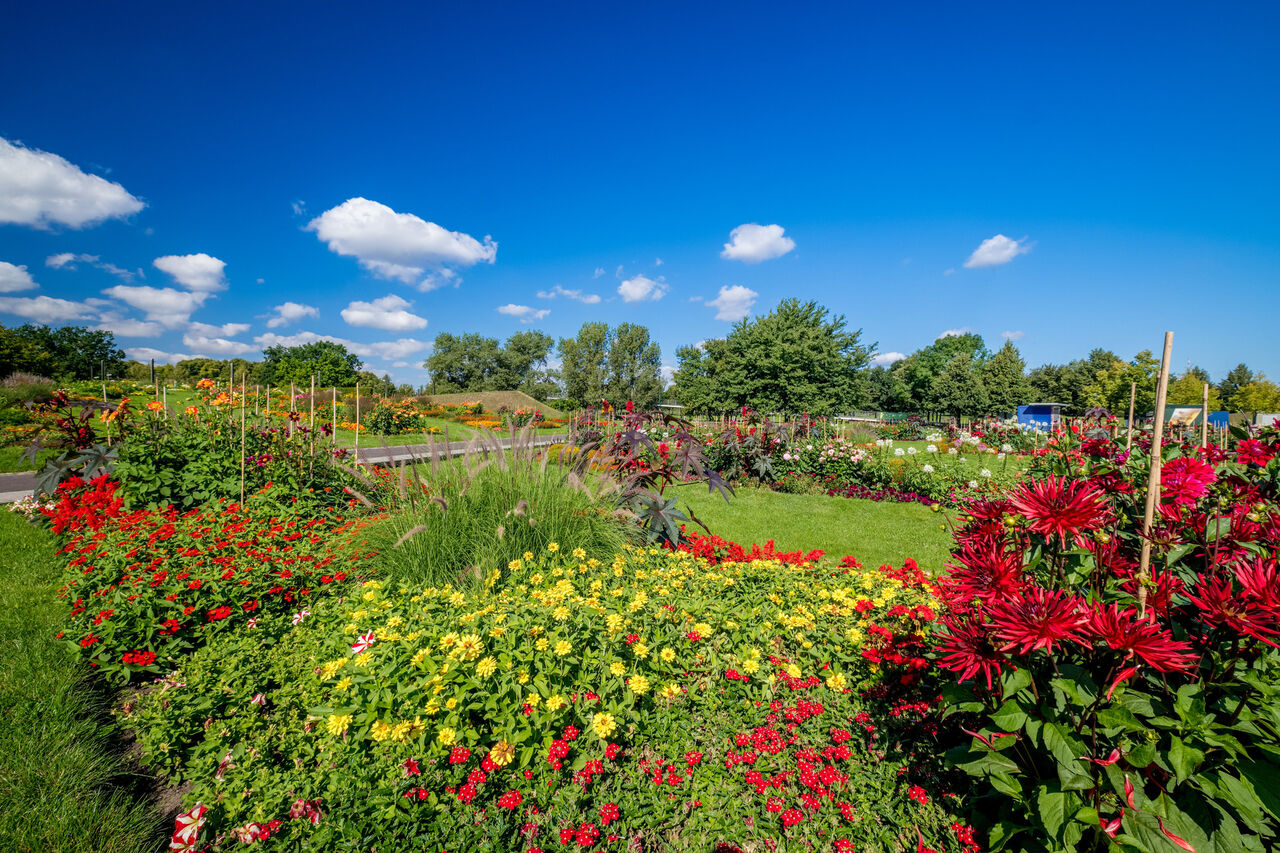 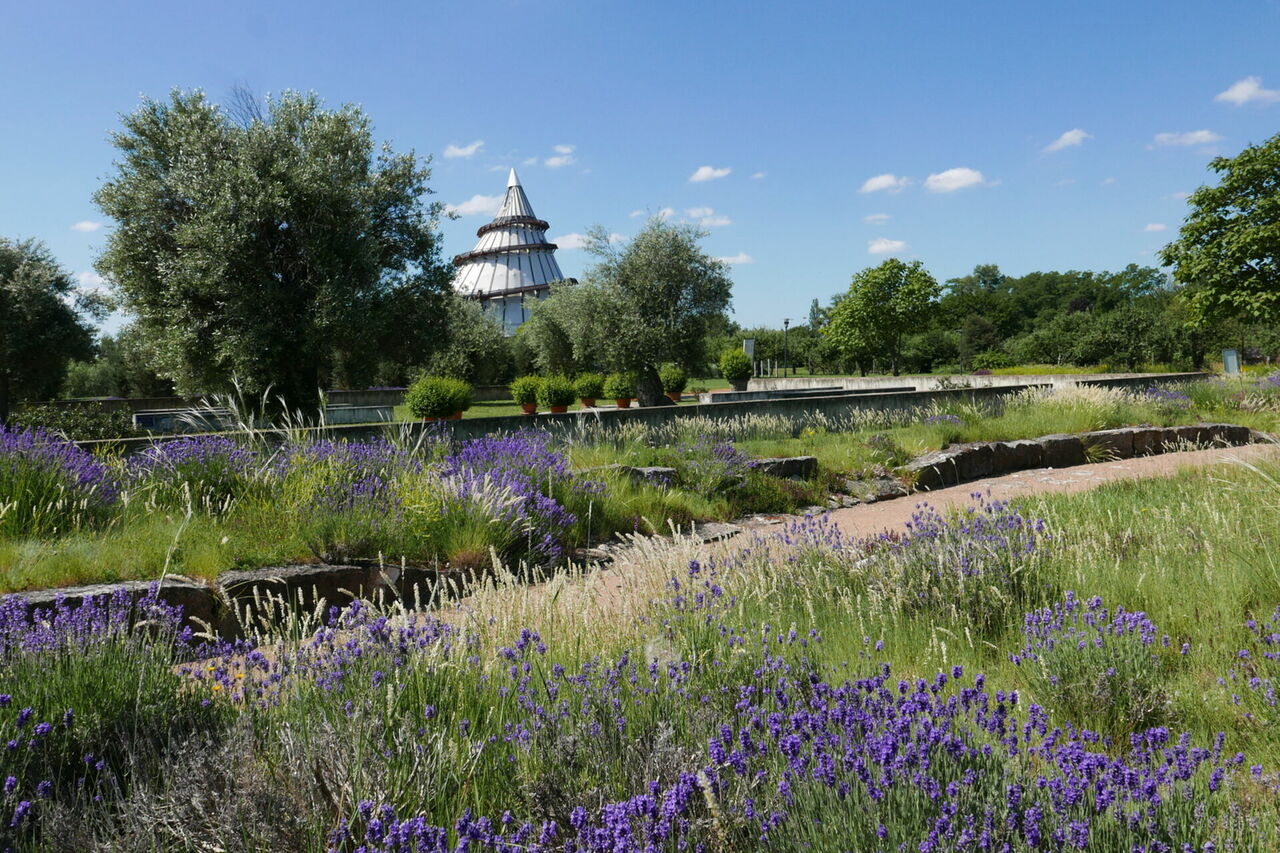 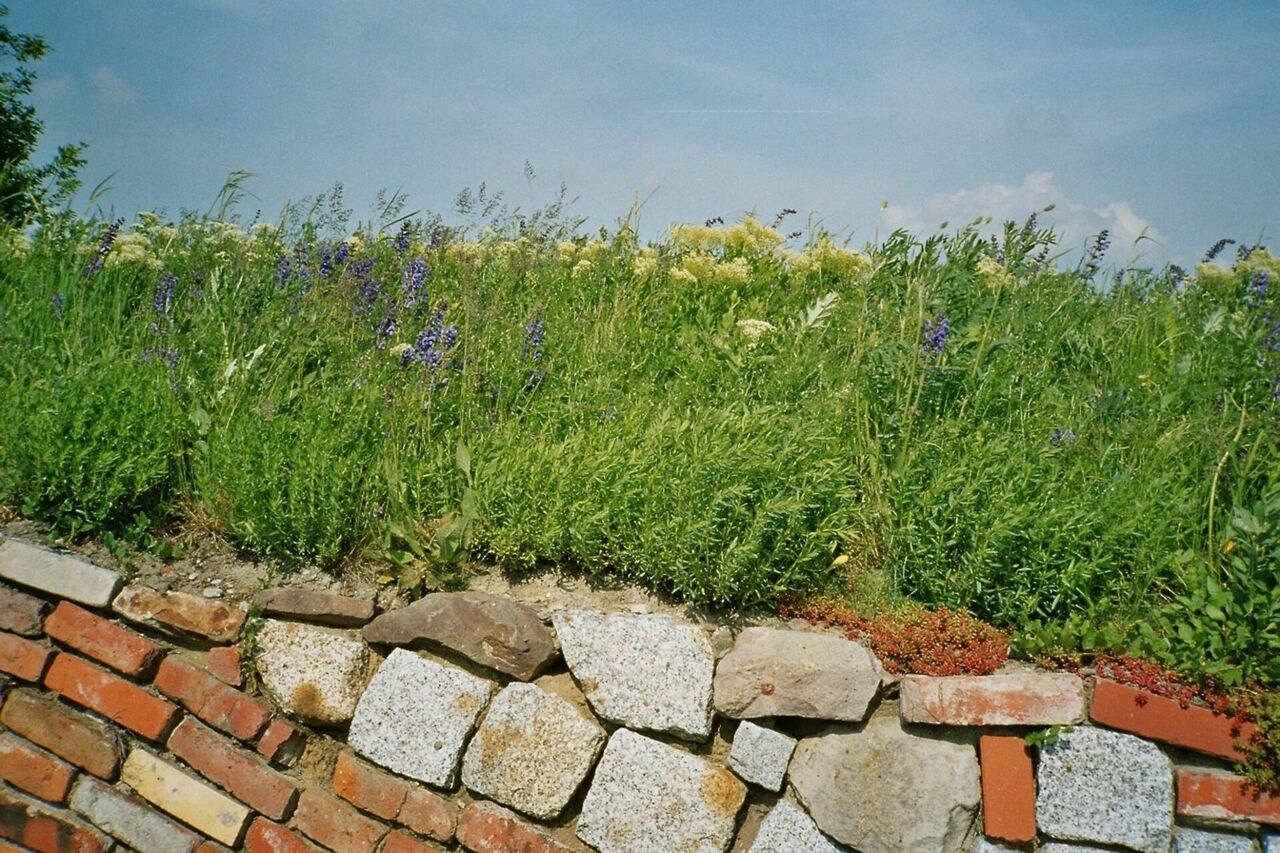 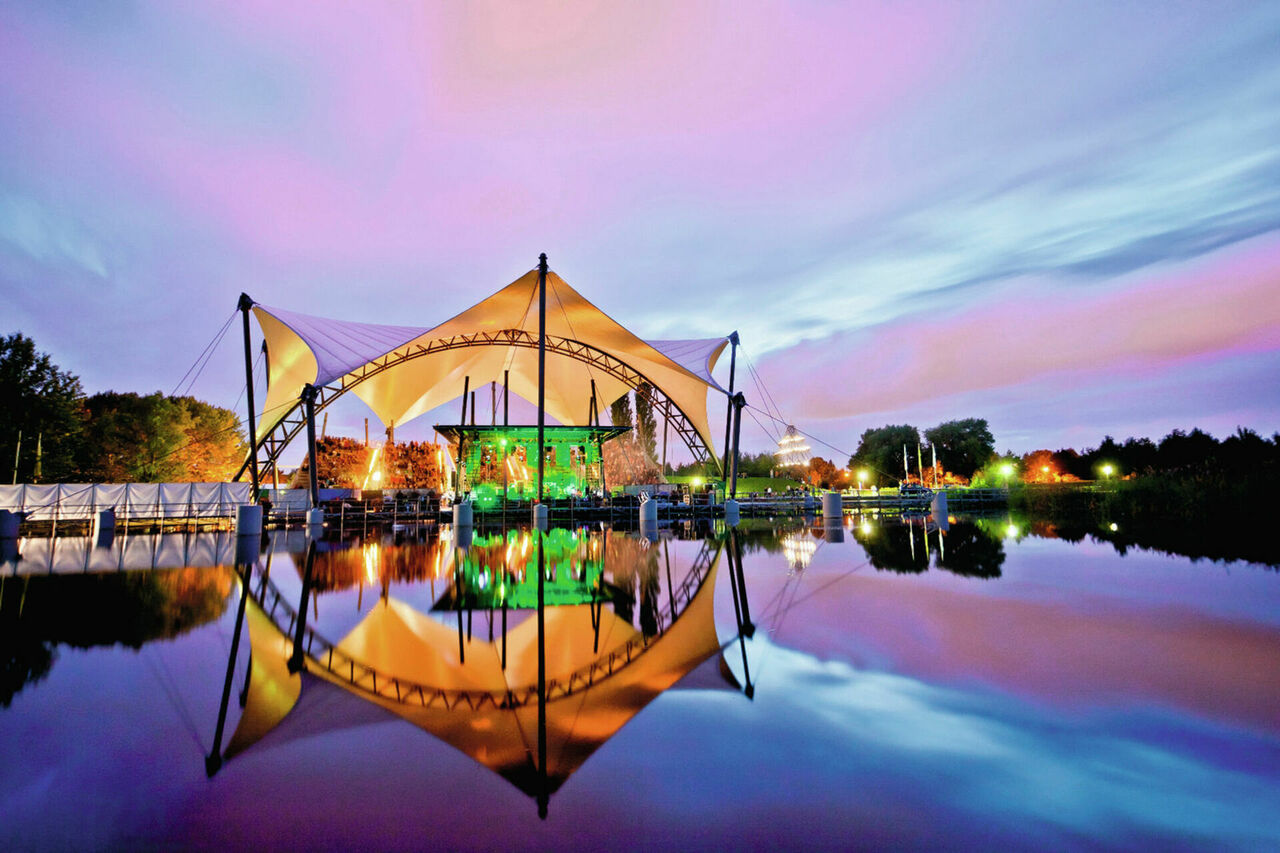 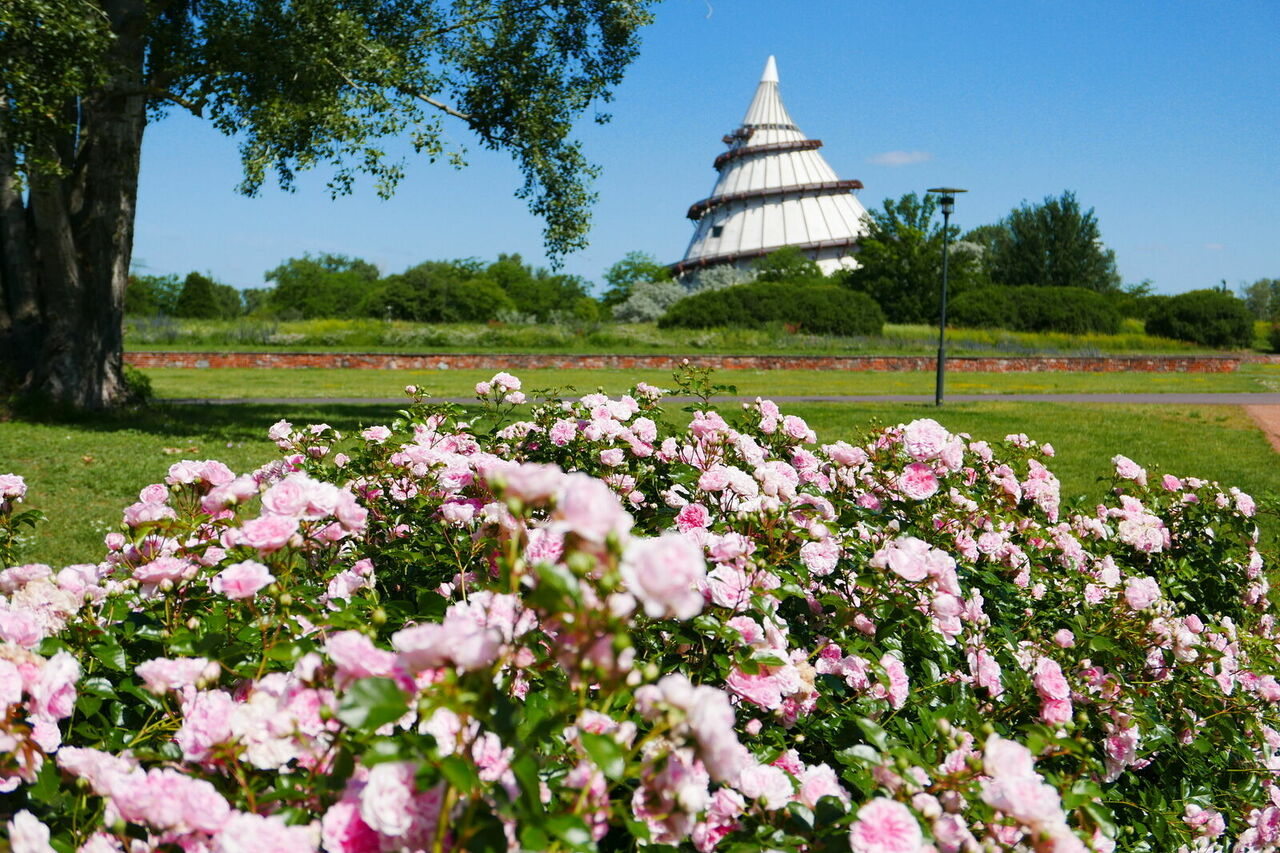 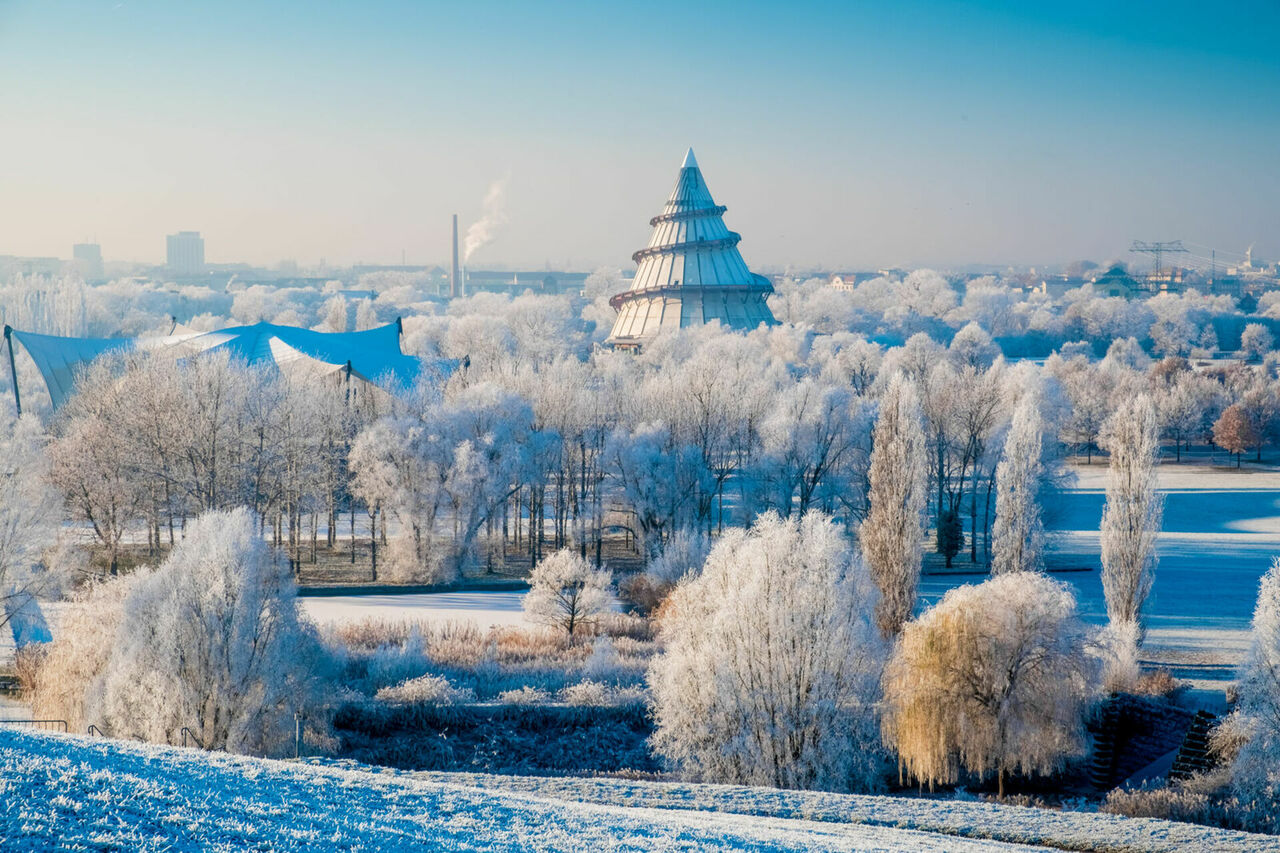 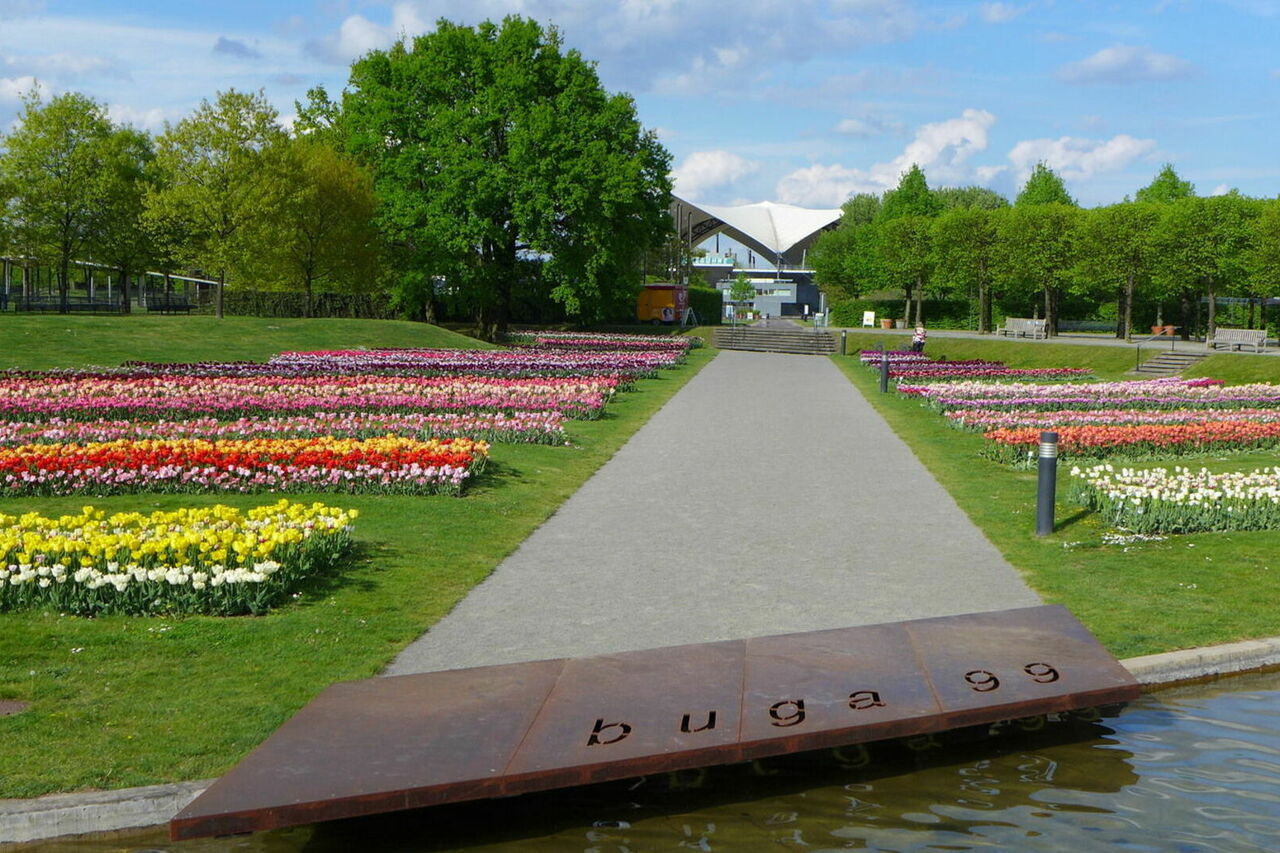 Please note that dogs are not permitted on the whole facility (assistance dogs are excluded).

Located on the east bank of the Elbe in the north of the city, take the B 1 to the car park near the entrance to the Herrenkrugpark. Car or bus parking on Tessenowstraße. The “Lange Lake” car park at the Herrenkrug footbridge can also be reached from the Saalstraße exit from the A2 motorway.

Arriving by bus or train
From Leipzig with the RE13, from Halle with the RE30 to Magdeburg main station. From there, take tram 6 in 15 minutes to stop "Messegelände/Elbauenpark".

There are various gastronomic establishments in the park (April - Oct).

Butterfly House with about 200 exotic butterflies (approx. 20 species) from four continents and a wide variety of tropical plants.

St James Pilgrimage Route
Make a pilgrimage, take some time for peace and quiet, and discover new horizons
http://www.jakobusweg-sachsen-anhalt.de/ (only in German)