The approximately 6-hectare Harbke Palace Gardens were laid out in 1740 as a baroque pleasure garden and converted into a landscape park starting in 1760. During this period the gardens also served as an arboriculture supplying trees to gardens around the country. As a result the gardens are still home to some rather striking and rare trees from that era. The orangery, built between 1830 and 1831 in the neo-Gothic style, is now a concert setting, a registry office used for weddings as well as a café.

Harbke Palace is now in ruins, left as a romantic backdrop for the landscape park in the former border town of Harbke. The park with its palace ruins, gardens and the adjacent palace church form the core of this village in the southern section of the Elm-Lappwald Nature Park and together form an indivisible whole with the place.

Built as a round castle by the Veltheim family in 1308, it was first converted to the Renaissance style and then redesigned in the 18th century into a Baroque palace. Friedrich August von Veltheim had a Baroque pleasure garden laid out on the south-eastern side of his new palace in 1740. Various sculptures and a wall of niches, known as the "Chinese Wall", were added to the park.

A short time later but very early concerning the architectural design style, the area had been completely redesigned into a landscape park starting in year 1760. The baroque structures were included and partially preserved. Horticulturalist Daniel August Schwarzkopf inspired the landscape design based on his travels in England. Friedrich August's son continued the landscape design and other traces of the baroque gardens disappeared after a redesign completed in 1803 by Rüttger von Veltheim (1781-1848). During his duty the Neo-Gothic orangery was built to replace an old greenhouse in the years 1830-1831.

A particular emphasis at Harbke was the cultivation of exotic tree species. Harbke was one of the most important suppliers for landscape gardens in Germany and Goethe himself visited the site in 1805 as part of his study of "Wild Arboriculture". Even today the palace gardens offer exemplars of striking and interesting trees that reflect this history.

Other attractions in Harbke include the Church of St. Levin from 1572 with its Fritzsche-Treutmann organ, the wooden sundial from 1640 and the small cemetery with the gravestones of the von Veltheim family. Further places of interest in Harbke include the "Grauen Hof" with museum, the parsonage and several half-timbered houses from 18th century. 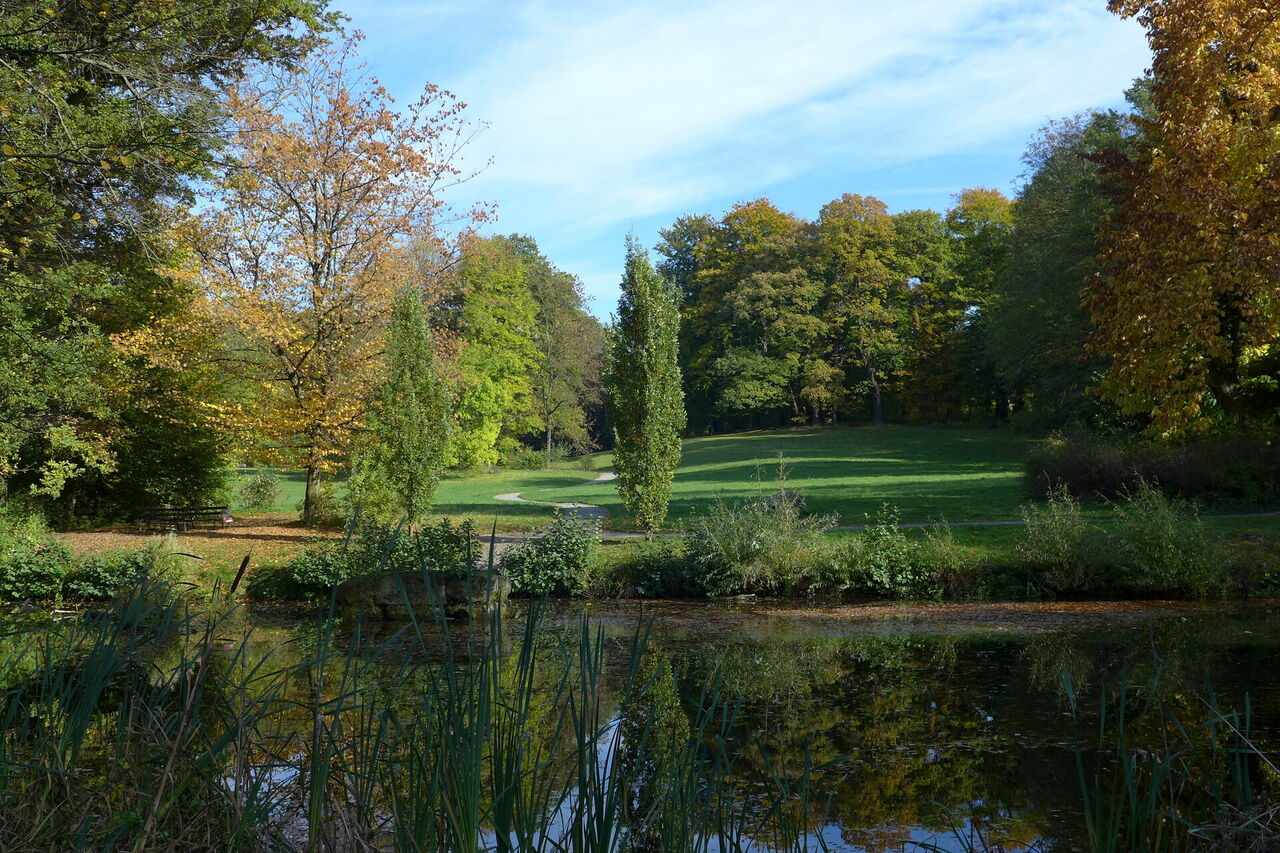 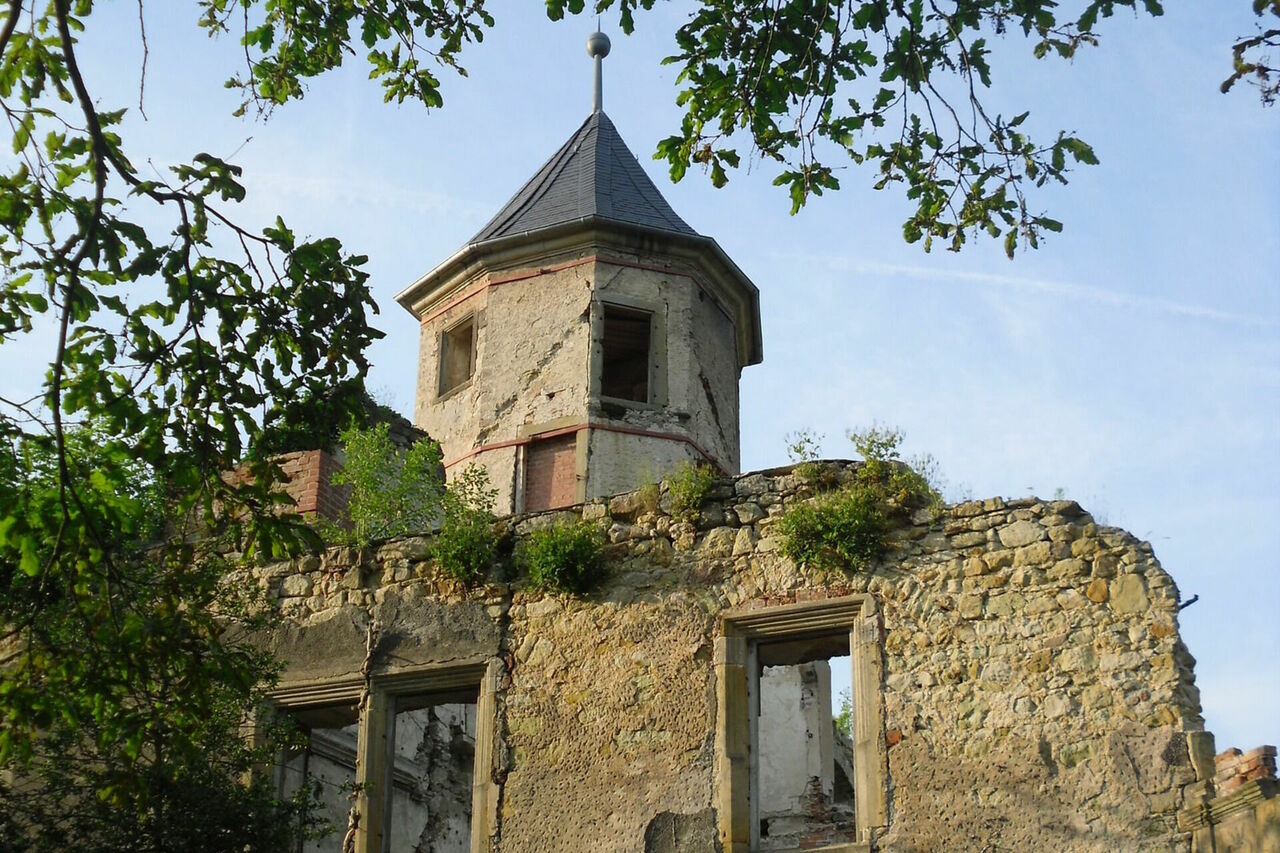 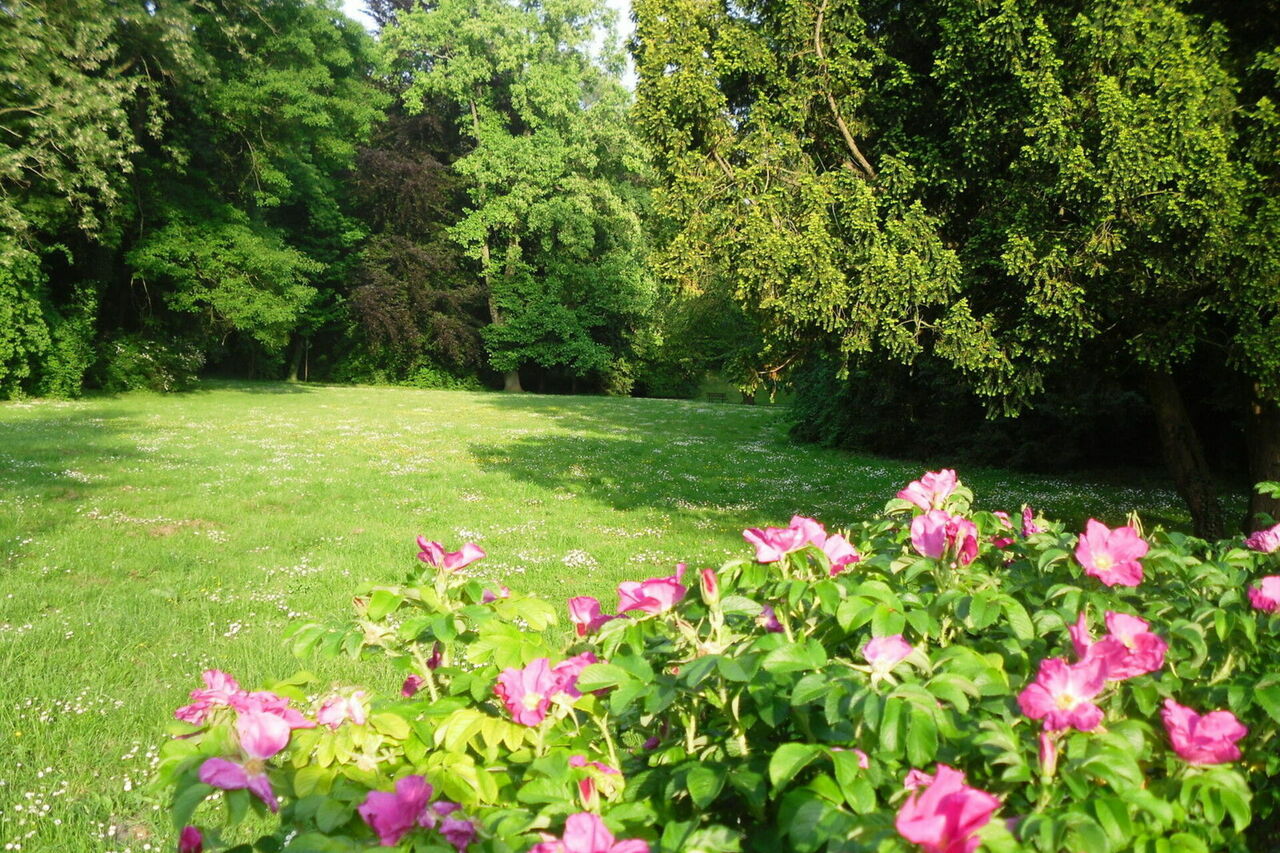 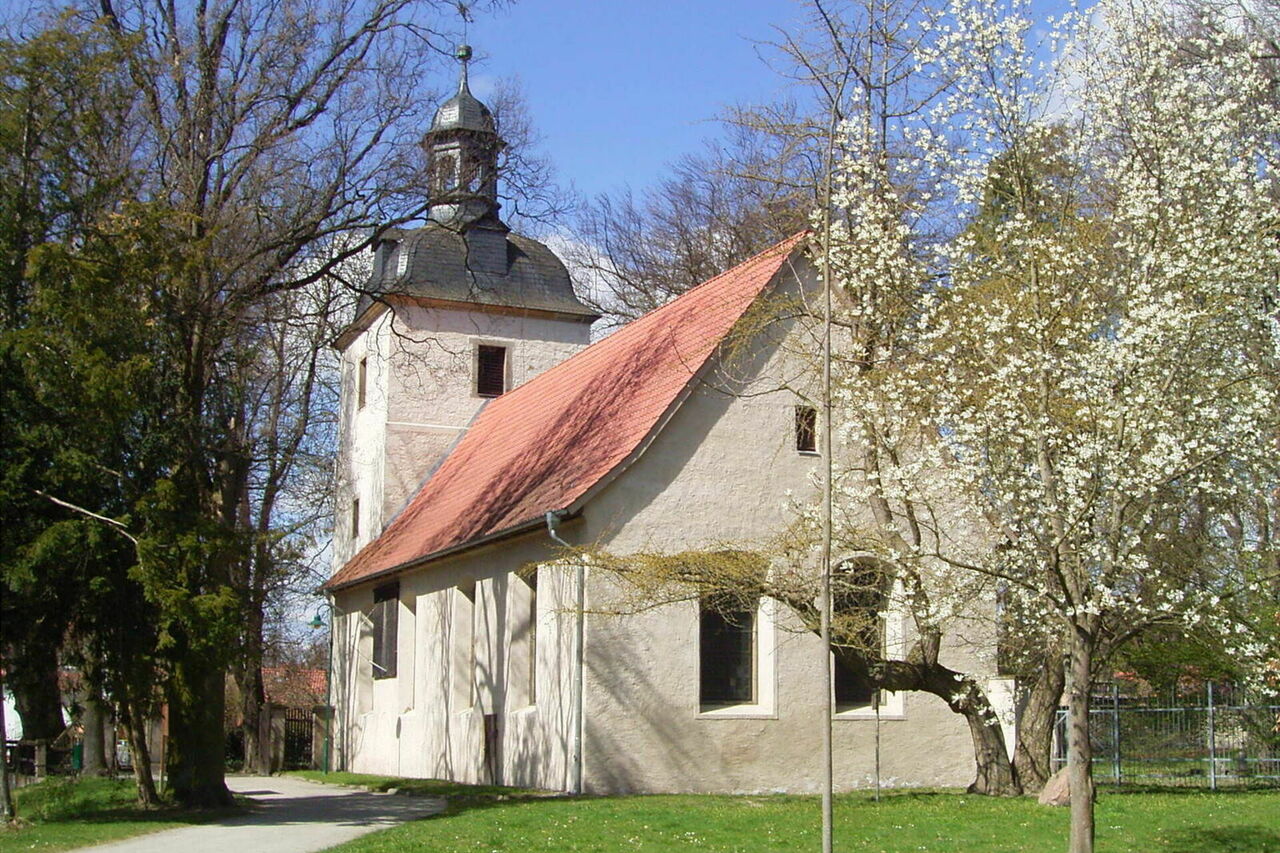 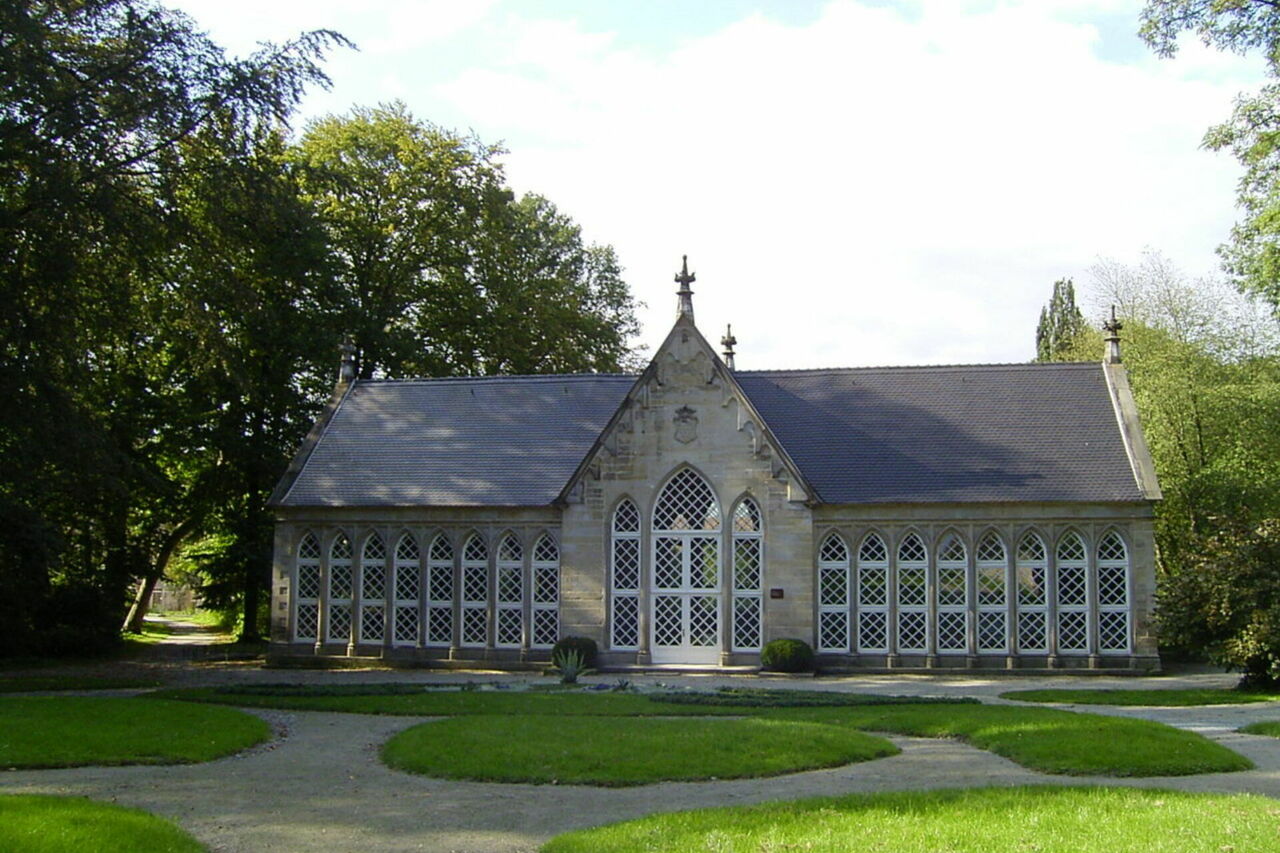 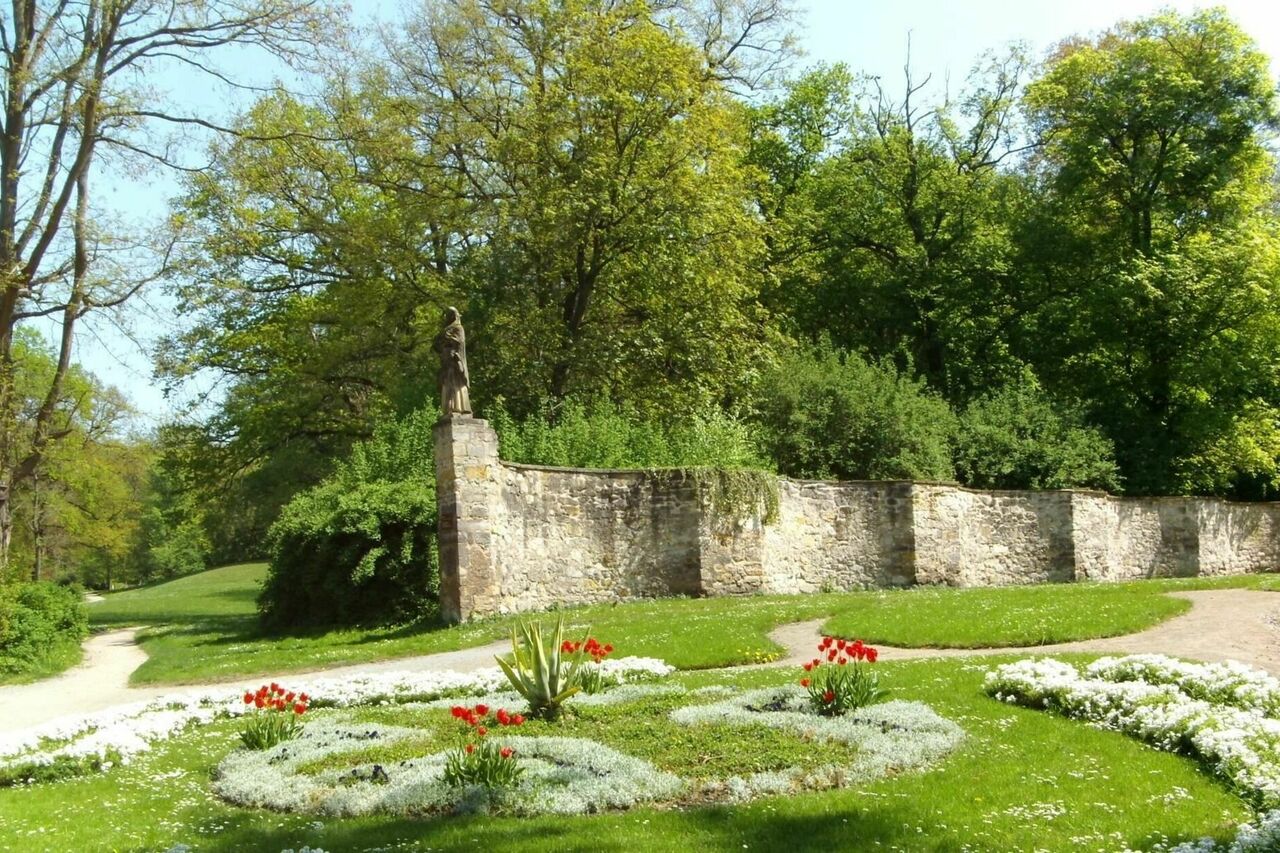 Arriving by bus or train
From Helmstedt or Marienborn stations, take the bus to Harbke, Halberstädter Straße

A guide is available upon request.

Holiday rentals can be arranged with