31. Georgium Palace, Georgengarten and Beckerbruch on the Elbe

The designers of the Georgengarten created a park in the English style at the end of the 18th century, inspired by their trips to England and Italy. The principle of a gradual transition from the artfully designed formal garden to the natural landscape is impressively self-evident here. In addition to the artificial ruins of the Wallwitzburg and the Elbpavillon, the late 19th century mausoleum and Georgium Palace are two of the most important structures in the park. Numerous small architectural elements, seats, and sculptures create important points of orientation within the extensive gardens.

The ensemble, consisting of the Georgium Palace, the gardens around the palace (the Georgengarten), the almost-natural wooded wetland known as the Beckerbruch, and meadows in the floodplain along the river Elbe, makes up the second largest landscape park in the Dessau-Wörlitz Garden Kingdom (the largest is Wörlitz Park).

The place where the different park areas meet are marked by the "Red Arch" (also called the "Dutch Arch") and the "White Arch" (also called the "Roman Arch"). Laid out to attract the attention of visitors and frame the sightlines, they emphasise the advanced design principle of the Garden Kingdom. Numerous small architectural elements, seats, and sculptures create important points of orientation within the extensive gardens. The park was named after Johann George of Anhalt-Dessau (1748-1811), the younger brother of Leopold III. Friedrich Franz of Anhalt-Dessau.

In 1780, he commissioned Master Gardeners Johann Georg Schoch and Johann Friedrich Eyserbeck to create a landscape park in the English style, which to be opened to the public. The early-classical manor house (the Georgium Palace), the "Blumengartenhaus" (flower garden house), the orangery buildings, and the "Fremdenhaus" were then built to plans by Friedrich Wilhelm von Erdmannsdorff. In the 19th and 20th centuries, the city began to crowd the edges of the park and the erstwhile, gradual transitions of the landscape began to be blurred.

In the 1950s, work began on redeveloping the lawns. The work was continued in the 1980s and 1990s. These efforts were complemented by the restoration of the sightlines, the historic pathways, and the striking park layout. In 1988, the park was added to the Middle Elbe Biosphere Reserve and in 2000 it became a part of the Dessau-Wörlitz Garden Kingdom UNESCO World Heritage Site.

Today the park is looked after by the city of Dessau. Georgium Palace has housed the Anhaltische Gemäldegalerie Dessau since 1959, with a rich collection of old German, Dutch and Flemish paintings. The gallery's extensive graphic collection is housed in the nearby guest house. In the orangery opposite the palace, special exhibitions of the Anhaltische Gemäldegalerie and the Anhaltischer Kunstverein take place all year round. Due to extensive renovation work, the palace is currently not accessible. 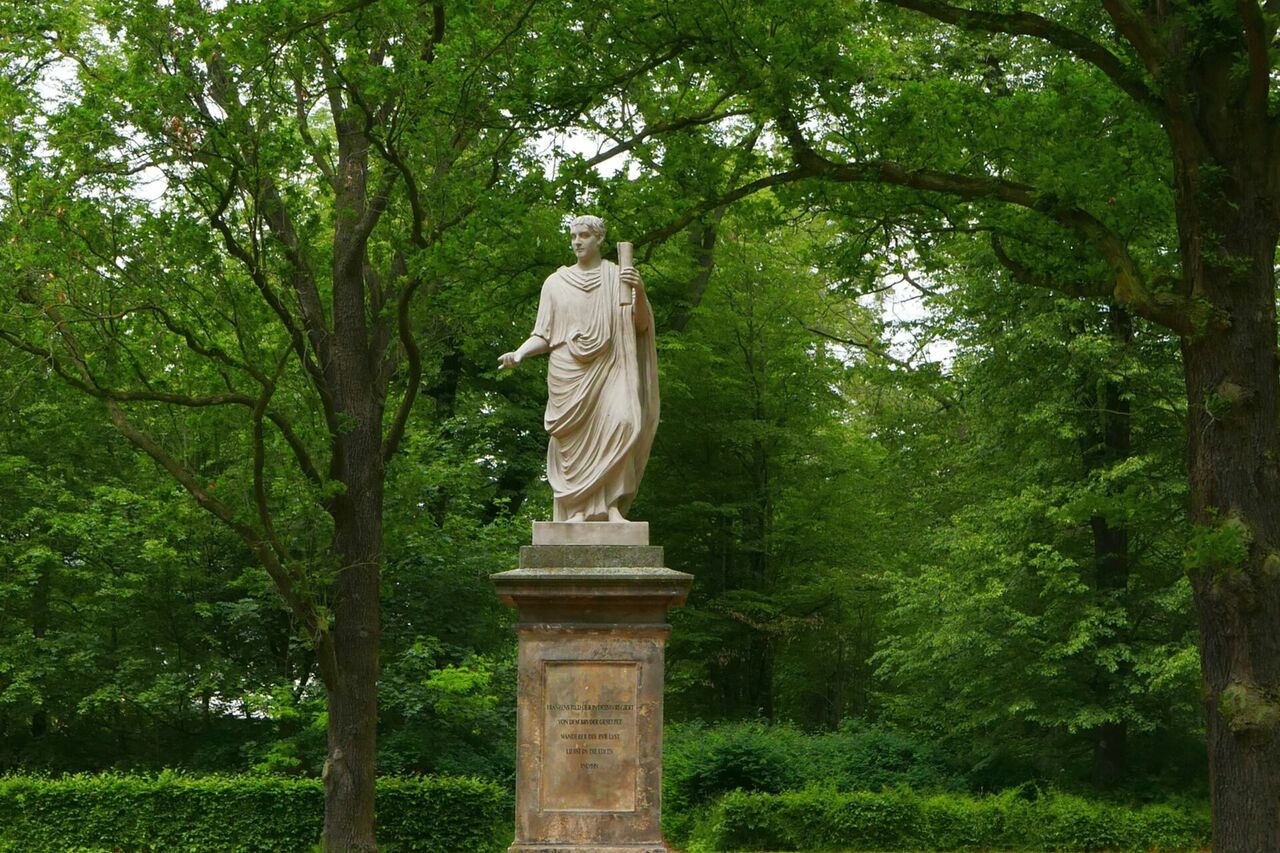 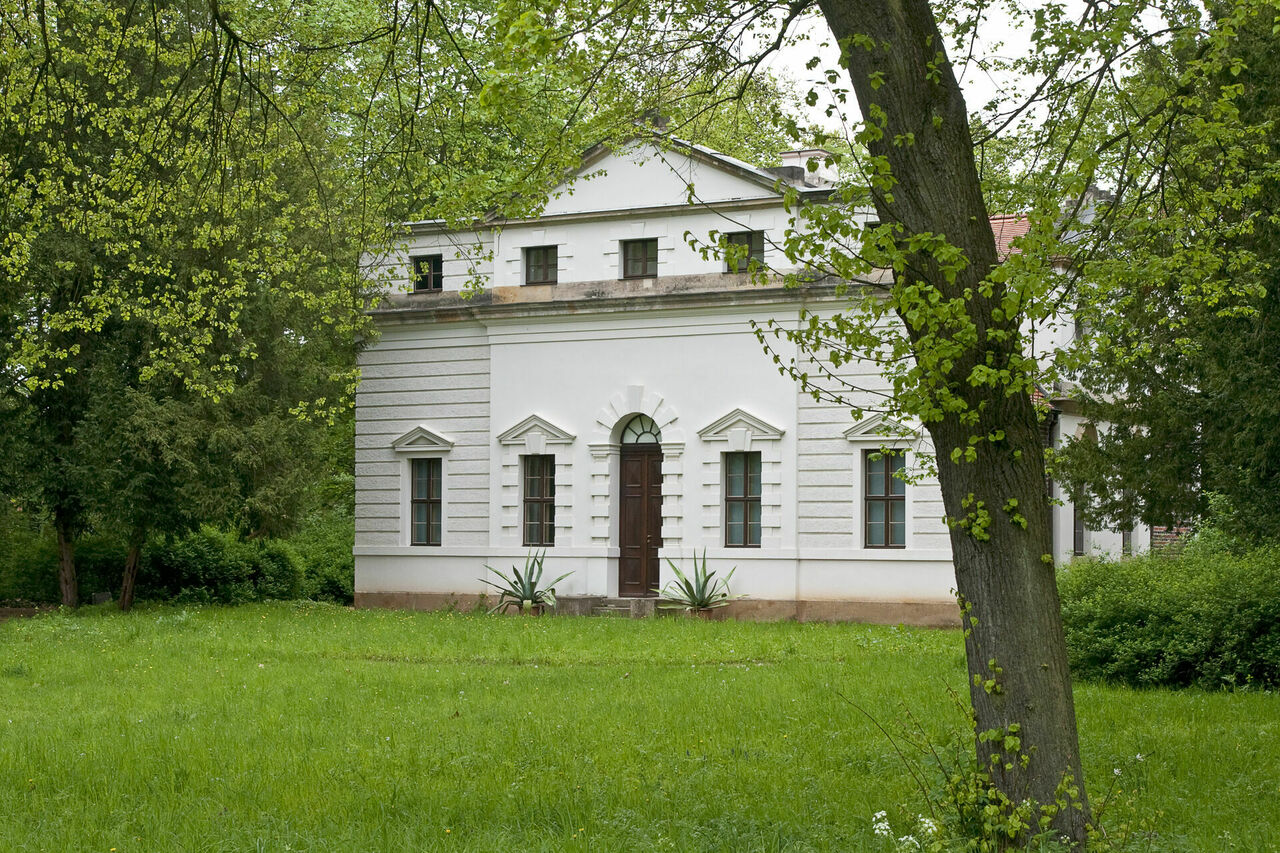 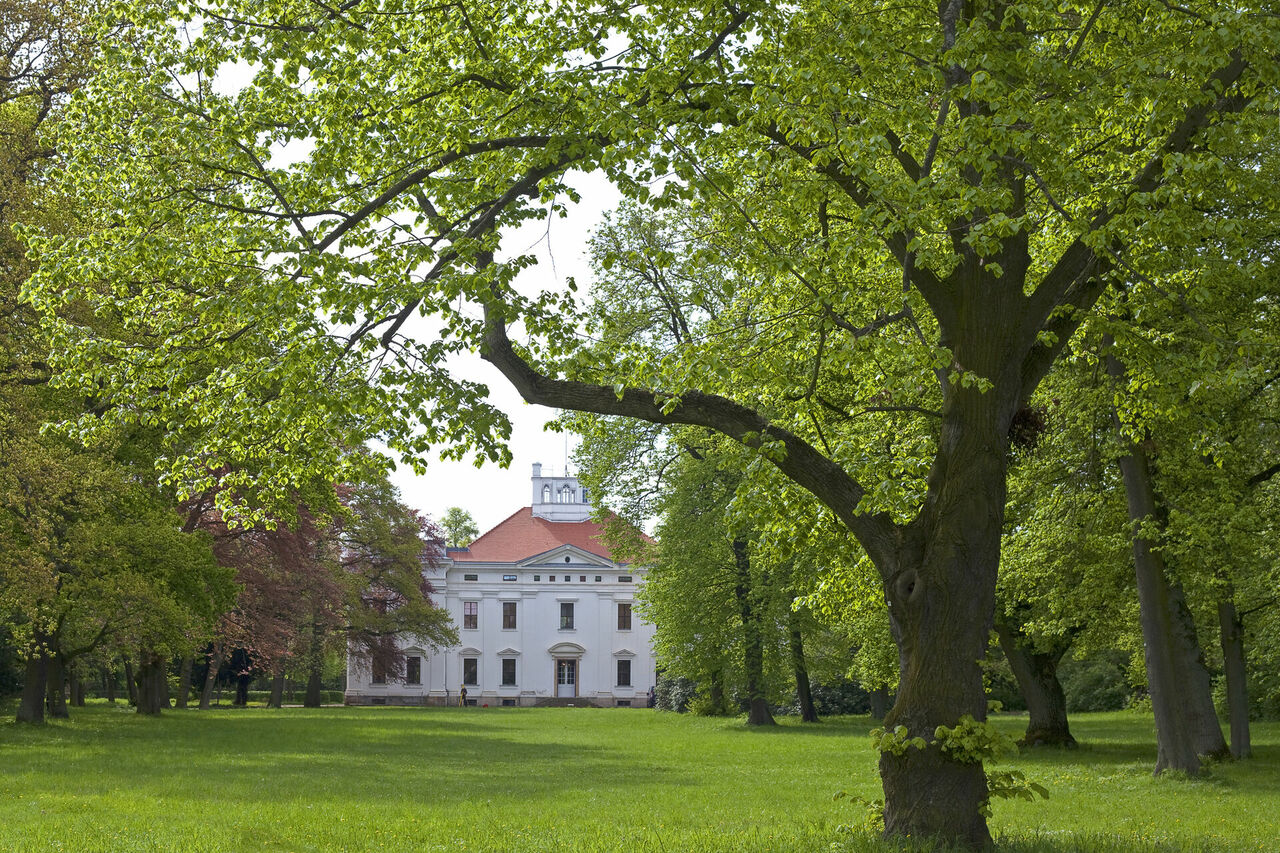 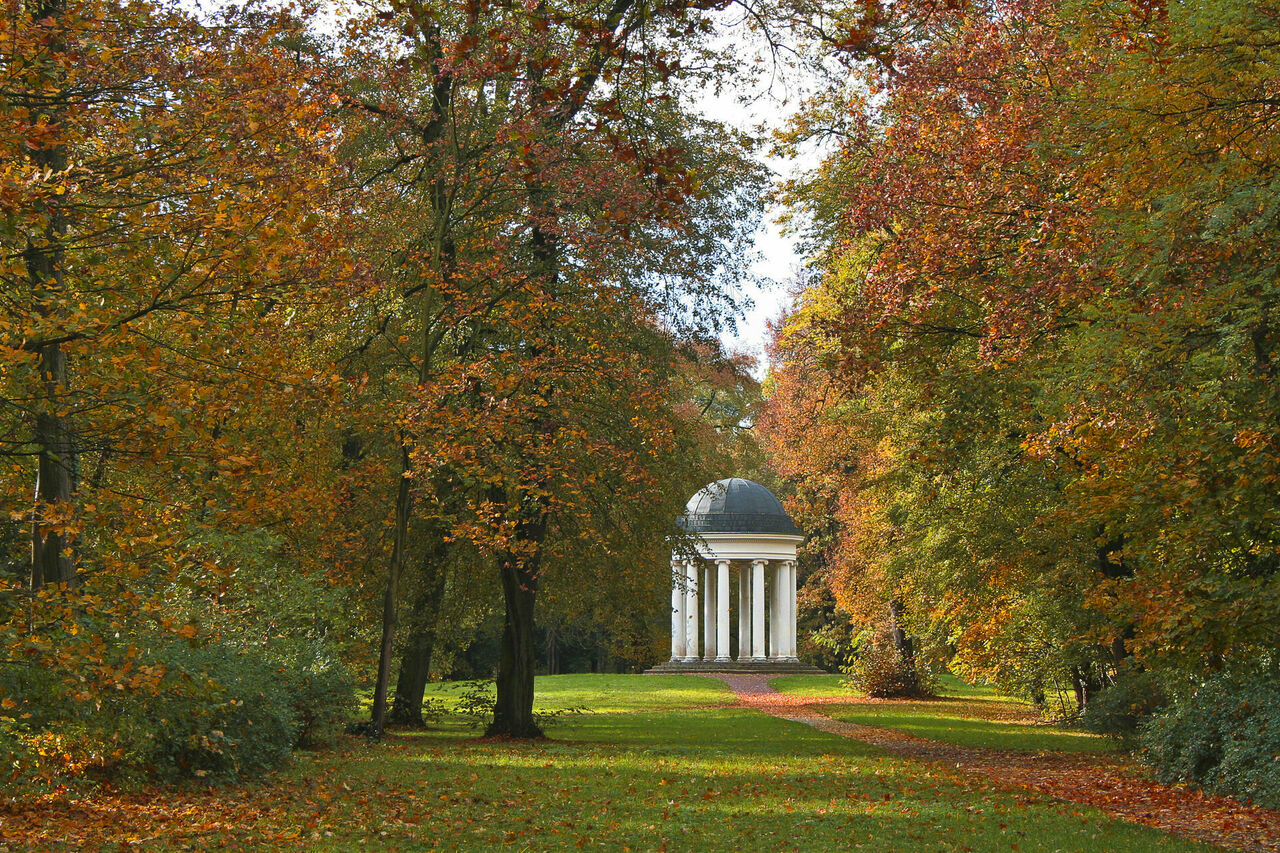 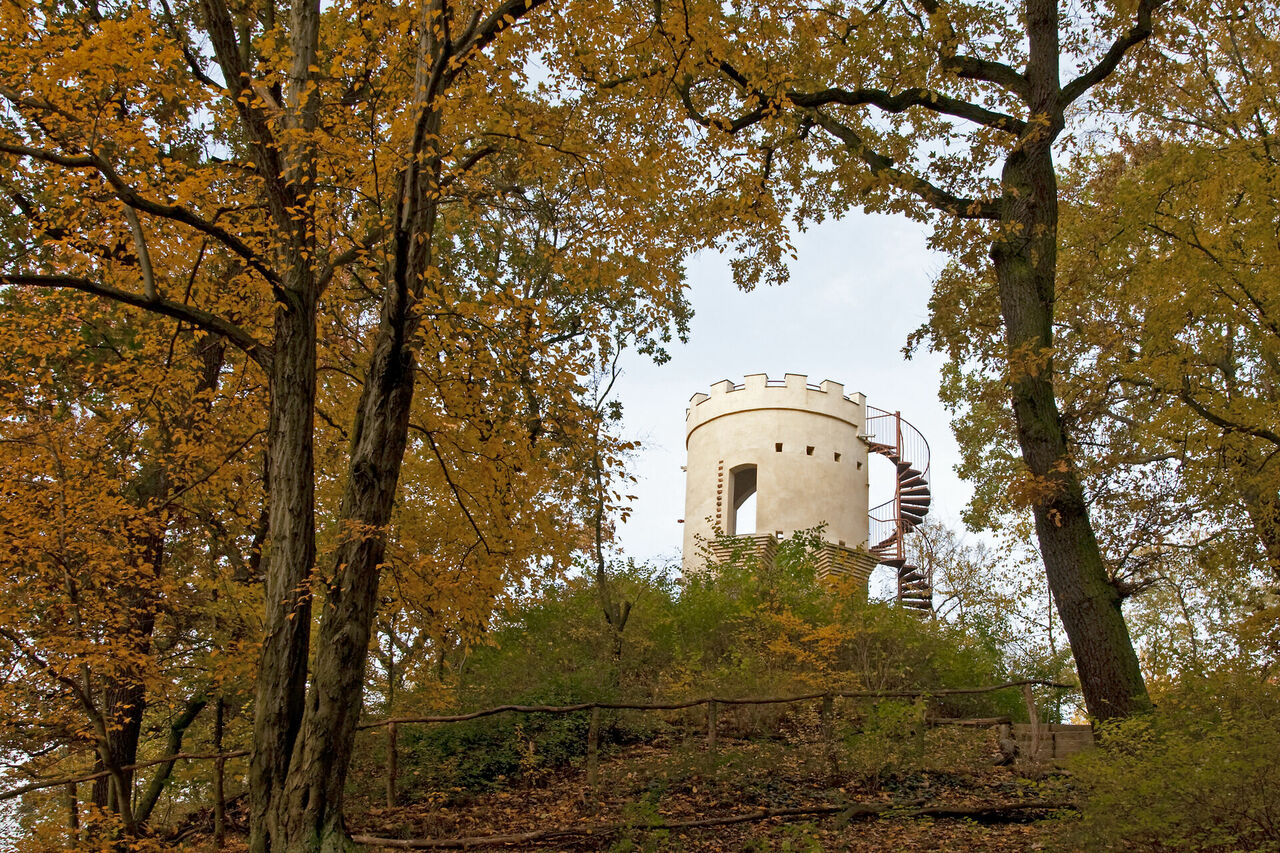 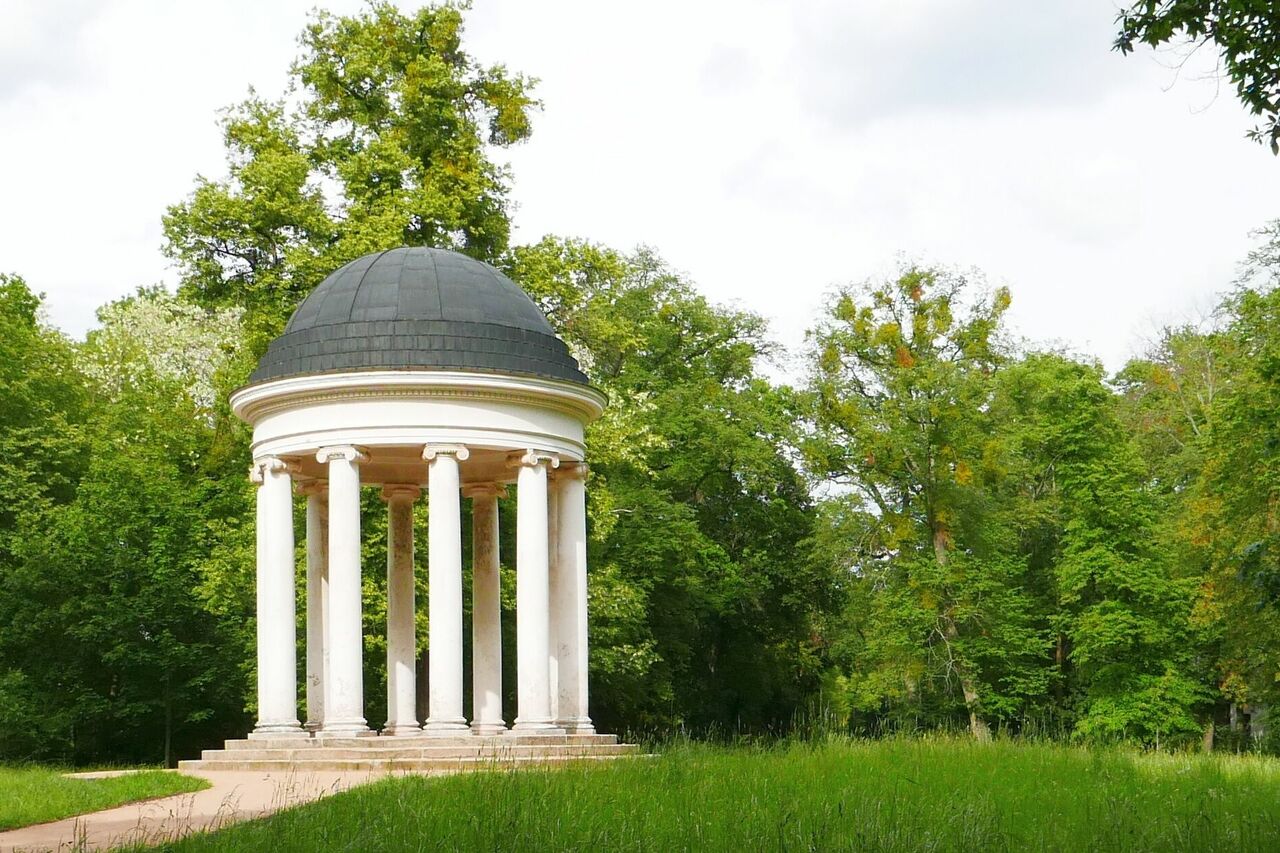 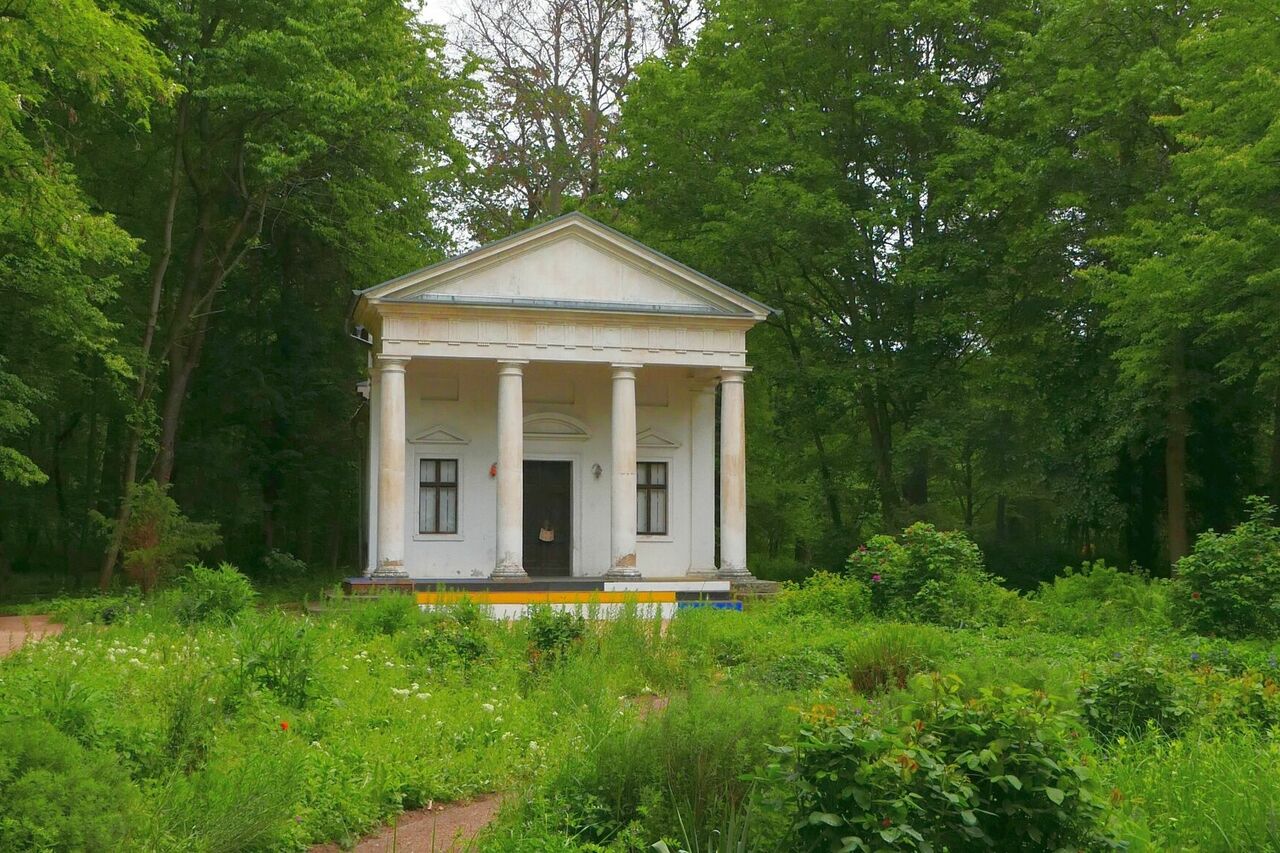 Georgium Palace, Georgengarten and Beckerbruch on the Elbe

Located in the northwest of the city of Dessau near the railway station, local signposts, parking in Heinz-Röttger-Straße

Holiday home in the park:
Elbpavillon

A playground and a zoo are available.

Special exhibitions in the orangery and Fremdenhaus

Palace (currently closed for refurbishment): permanent exhibition of the Anhalt Art Gallery in the palace, with about 2,000 paintings, the largest collection of old masters in Saxony-Anhalt.