The terraced gardens and the forest park are a part of the gardens belonging to this palace high above the medieval, half-timbered town. Lush perennial beds, a generous pool of water, and wide views of the surrounding countryside set the charming garden on the south terrace apart. Hirschalleee and the Hirsch Memorial are the centre of the forest park.

Narrow alleys and picturesque half-timbered houses dominate the area around Stolberg Palace. Idyllically set on a hill in the foothills of the Harz, the palace and its gardens can look back at a long history. Built in the 10th and 11th centuries originally as a fortress, the palace served as the seat of the princely von Stolberg family from the 12th century until 1945.

Conversions in the 16th and 17th centuries turned the medieval castle first into a Renaissance palace and then into a Baroque princely residence. Vacant from 1994, the palace was acquired by the German Foundation for Monument Protection in 2002. They were able to stop the decay that had set in over the decades and usher in a new era in the palace's history. By 2008, some parts of the palace were once again accessible.

After several different designs over the centuries, from a Baroque garden to a landscape park to formal Modernist garden, the south terrace once again has a Baroque pavilion, pool, and high-end plantings.

Stolberg is a popular holiday and health resort in the southern Harz and was once the residence of the Counts of Stolberg. Stolberg has a late medieval townscape that is almost unique in its complete survival. 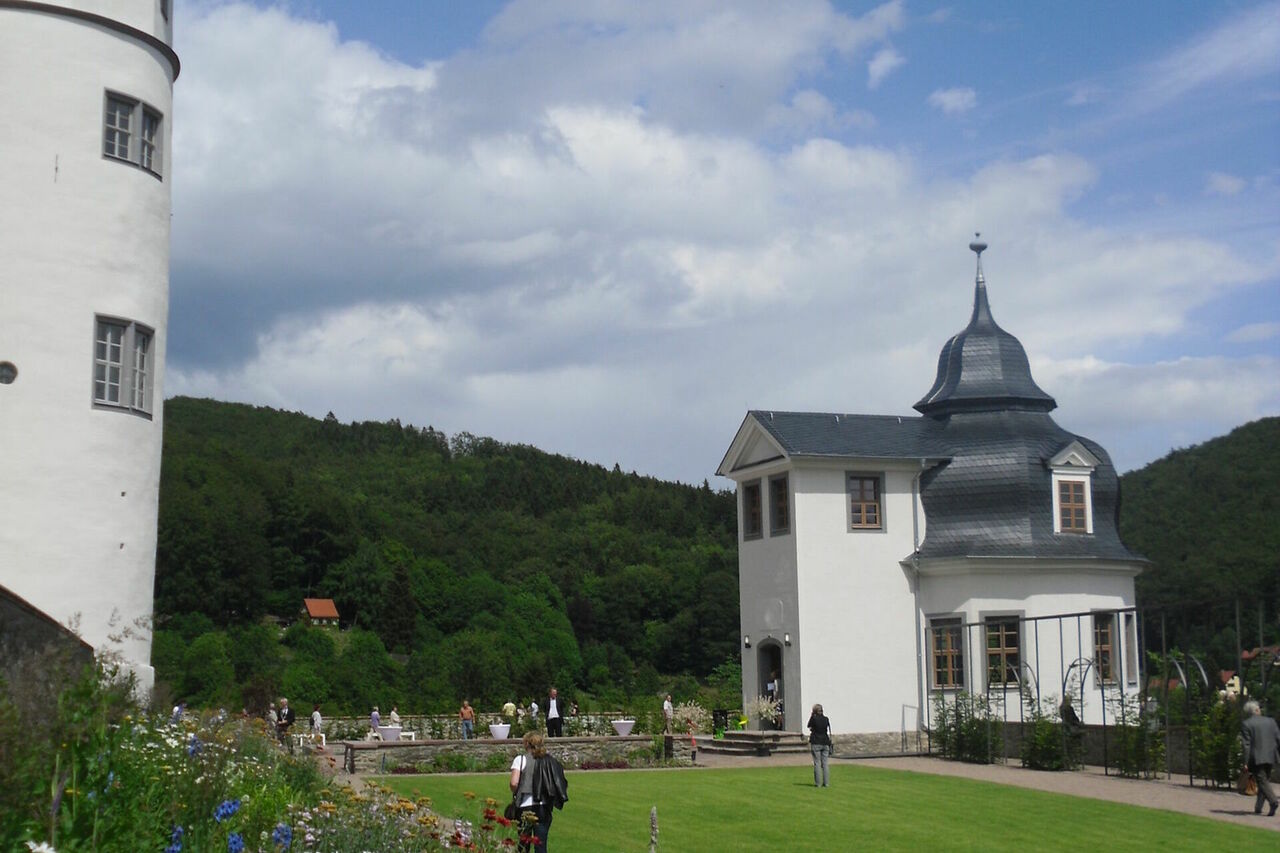 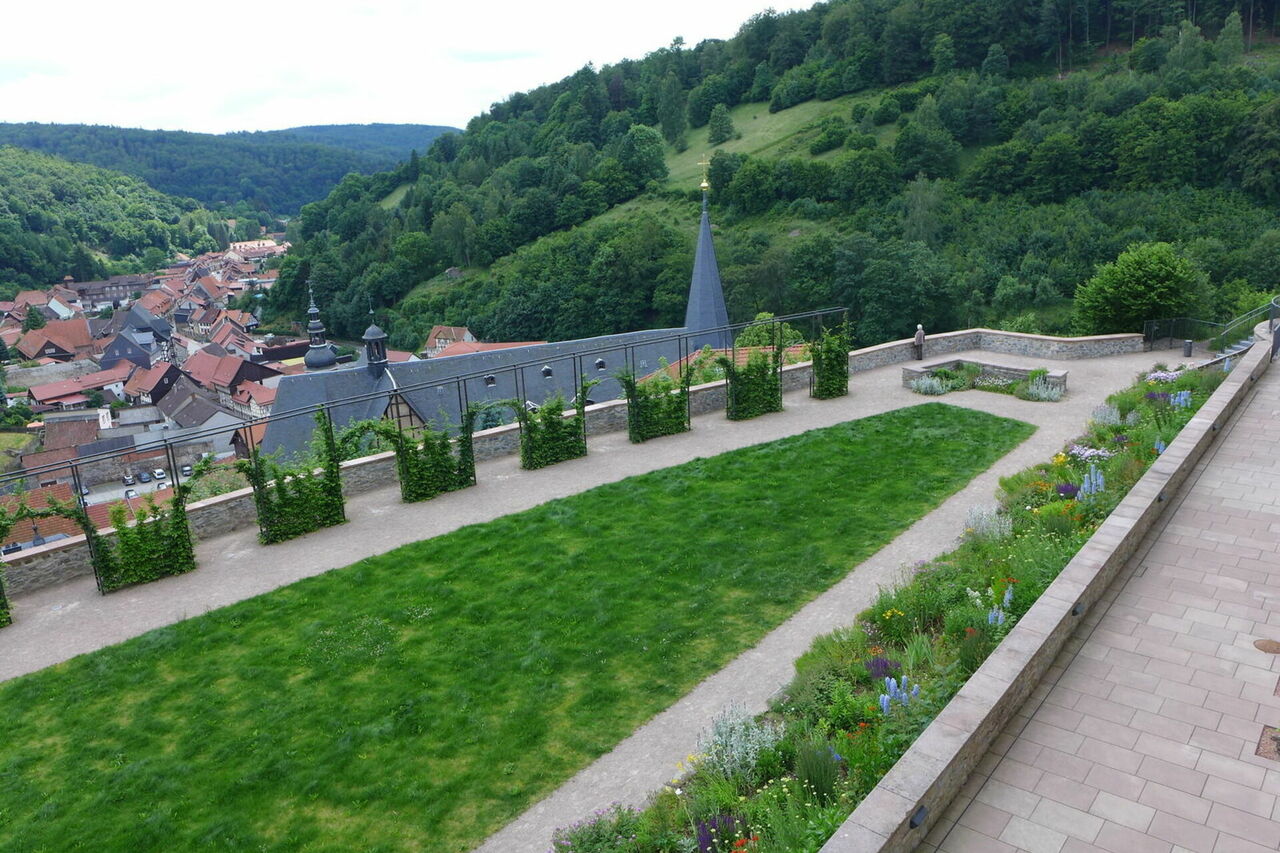 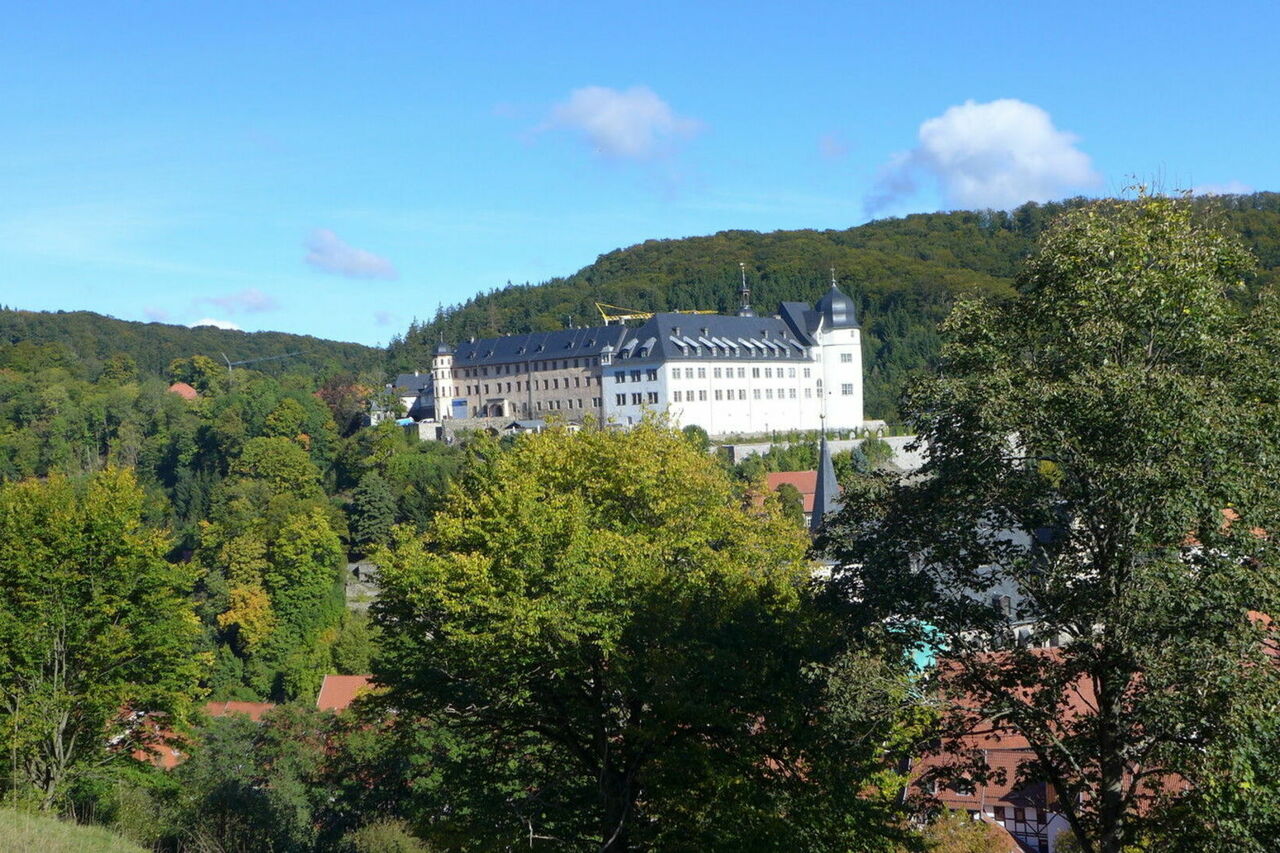 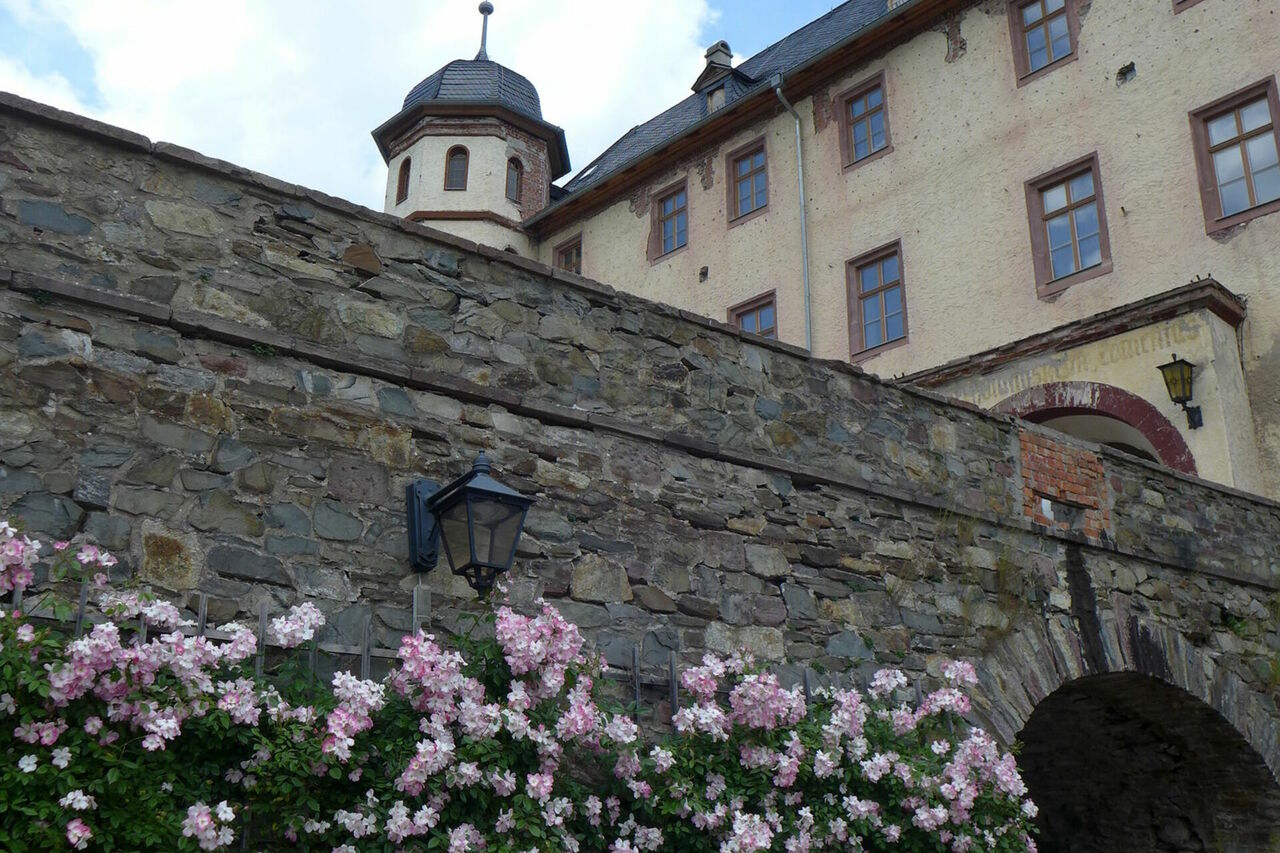 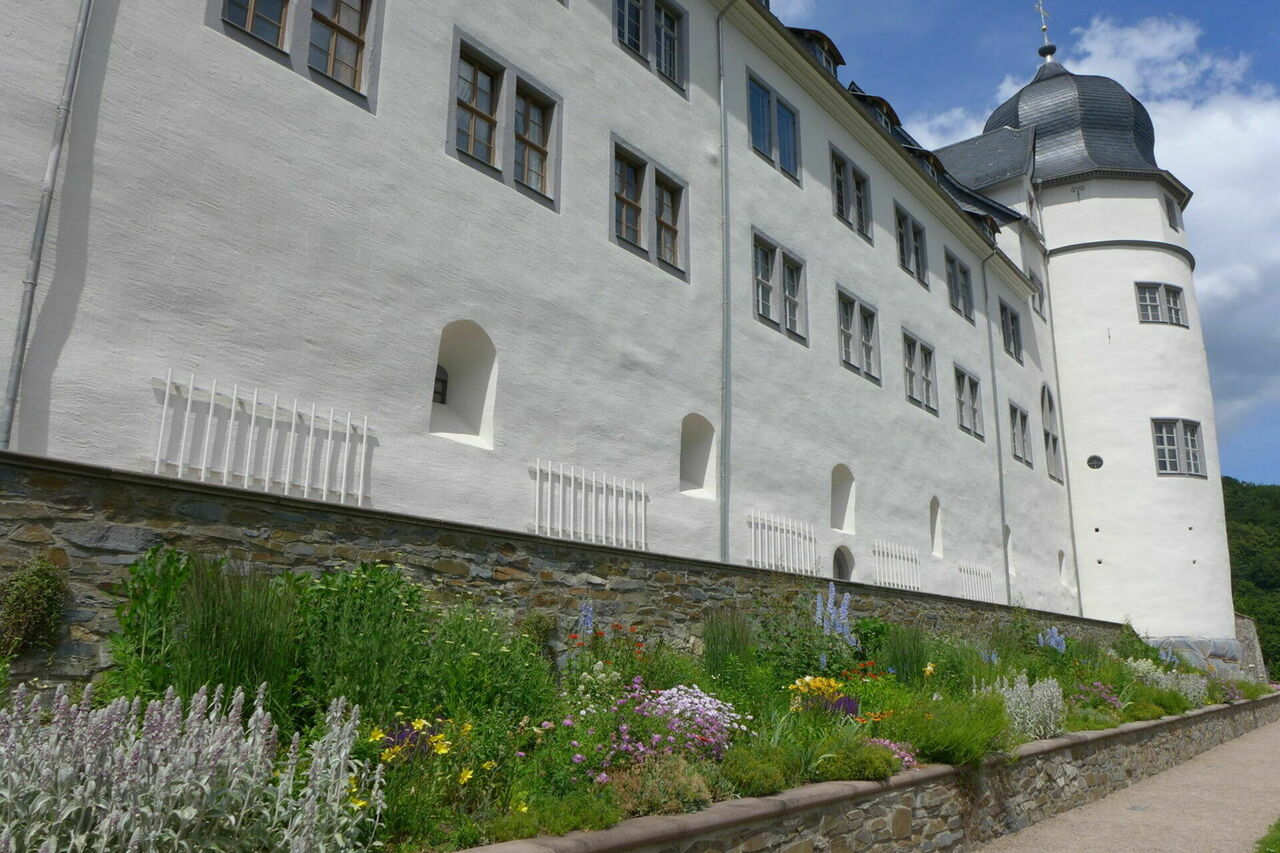 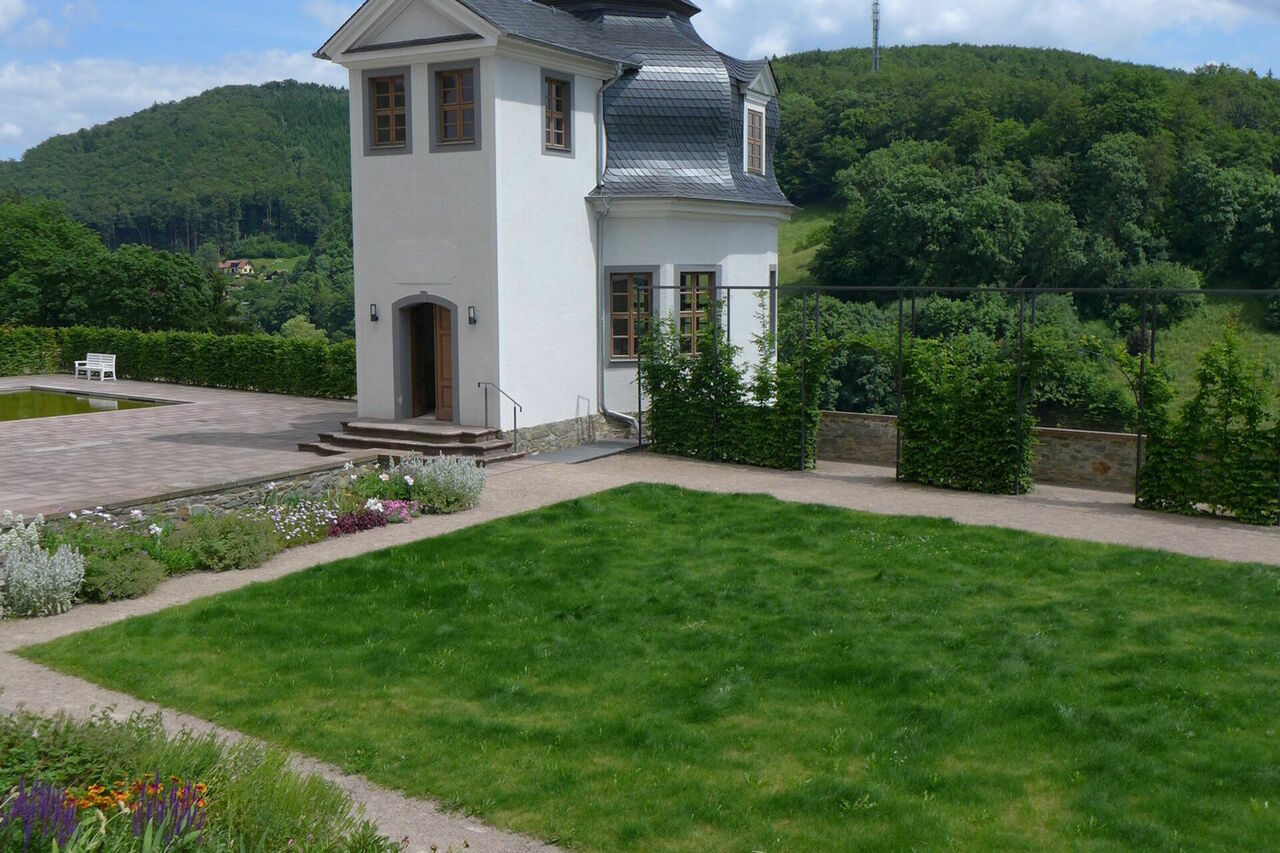 Terrace
April-Oct.: Tue.-Sun and holidays: 10 a.m. to 5 p.m., forest park freely accessible all year round, at your own risk

Take the A38 or B242. There is the posibillity to park at the palace, but the parking lots are limited. If the lot is packed, park in town at the parking area "Rittertor" and walk to the palace.

Palace tours in costume
Upon request

Guided tours on the palace terrace
Upon request

Accommodations here and here. (only in German)

A part of the exhibition is designed to teach environmental awareness.

Explore the Palace with some historical features and a permanent exhibition. Also temporary exhibitions featuring artists from the region.