The Tangerhütte City Park was established in 1873 by the factory-owning Wagenführ family. They created an idyllic park with features such as the path lined with urns, the mausoleum and the artificial waterfall. The New Palace offers a magnificent welcome to the site. Agave gates to the southwest and southeast of the palace still mark the entry area and the transition between the formal forecourt and the landscape park. One jewel in this complex is the cast-iron pavilion that was awarded a gold medal at the Paris World's Fair of 1889.

The history of Tangerhütte City Park is closely linked to the town's iron and steel industry founded in 1842 by Magdeburg-based merchants Wagenführ and Helmecke and entrepreneurs Kayser in Vaethen. The factory was so important that the town of Vaethen chose to rename itself Tangerhütte ("ironworks on the River Tanger").

In 1873, Franz Wagenführ had a 12-hectare park laid out at the gates of the ironworks in the mixed style of the Lenné-Meyer School and converted the old palace into his family residence. The regular parterre gardens at the old palace are adjoined with a sprawling landscape gardens complete with swan pond, a planned garden with waterfall, and a mausoleum. The cast-iron pavilion, made in Tangerhütte for the 1889 World's Fair in Paris, was subsequently placed in the park.

The new palace was built between 1909 and 1911 to mark the marriage of Franz Wagenführ von Arnim. The garden areas there consist of the main courtyard, a parterre with pergola, a landscaped area with pond and the path lined with urns to the east. The layout and elements of the garden design remain largely intact and reflect the historic development of the site's design. Particularly impressive are the visual lines across the park, framed with groves of native and exotic trees. 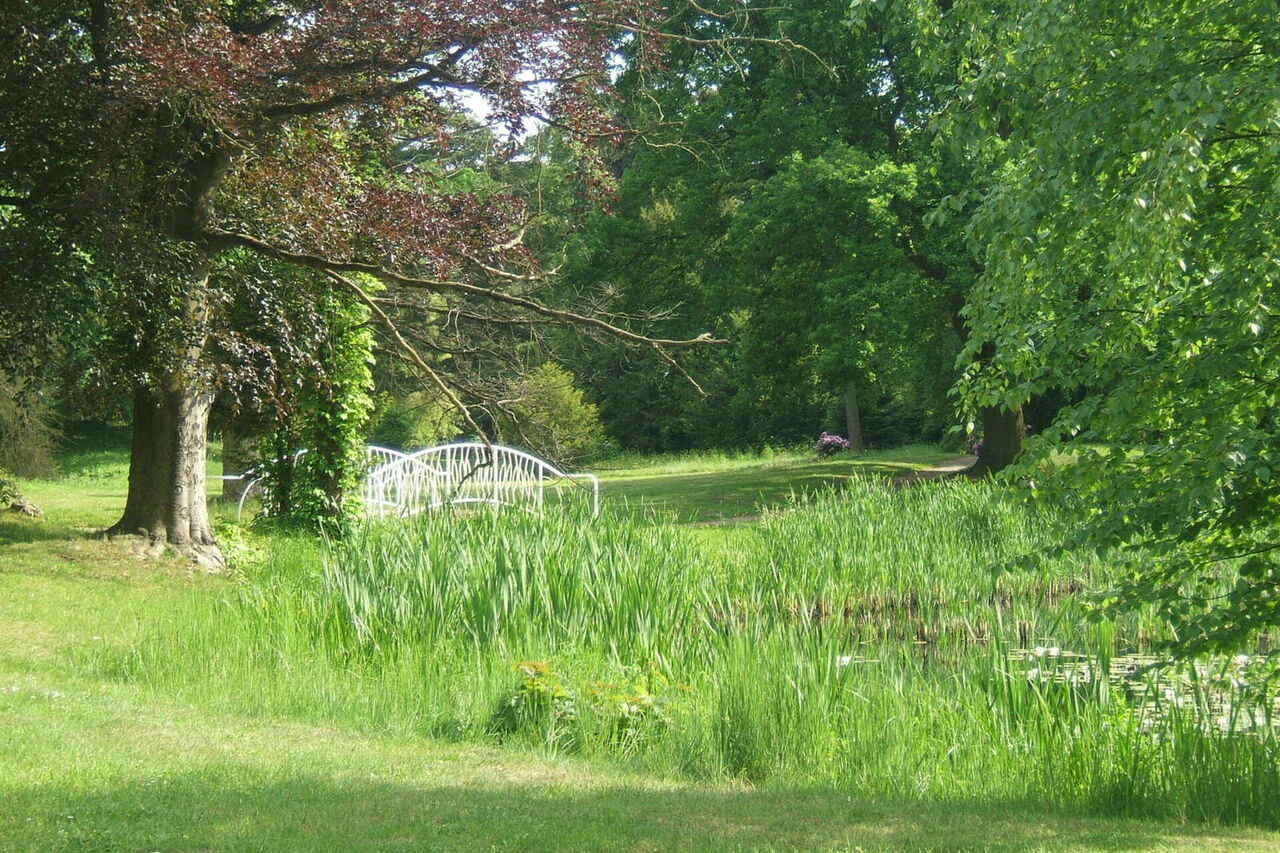 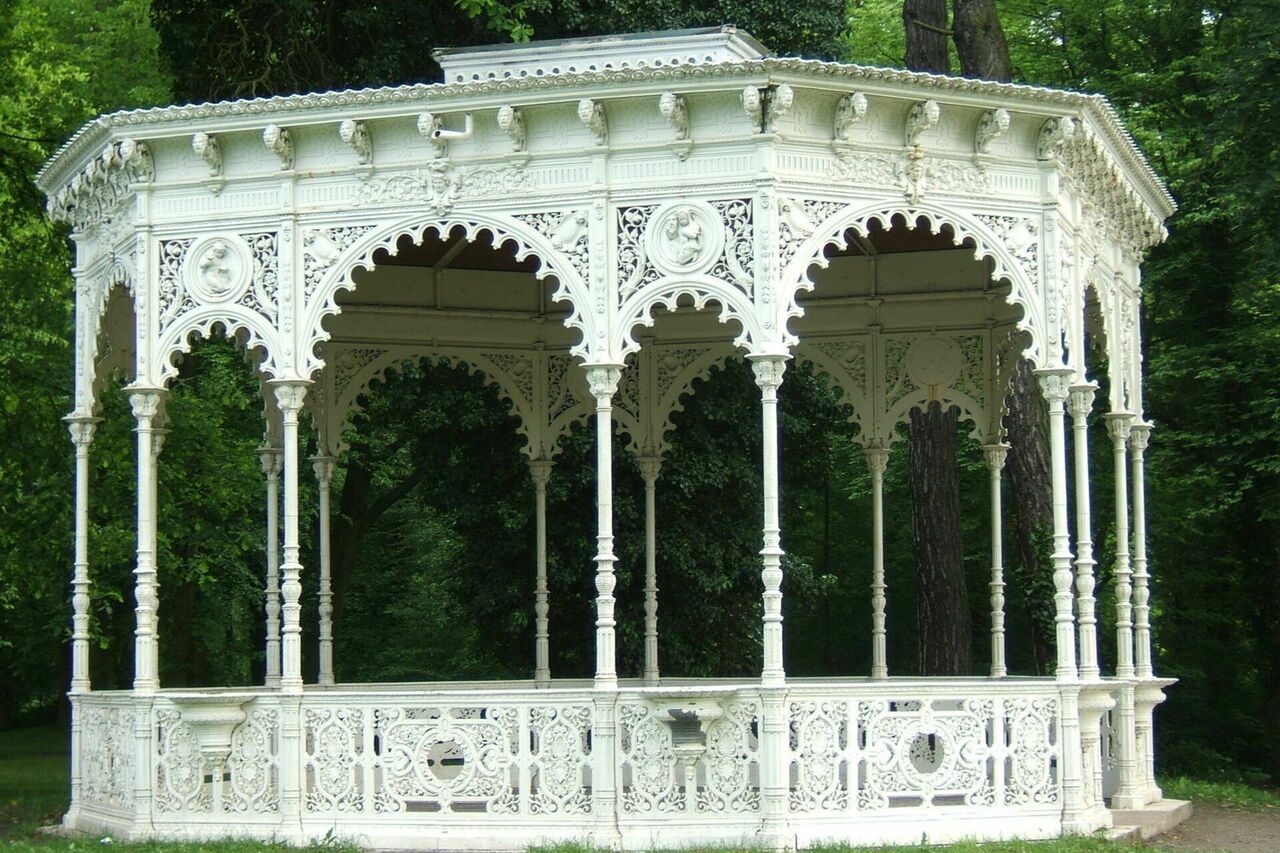 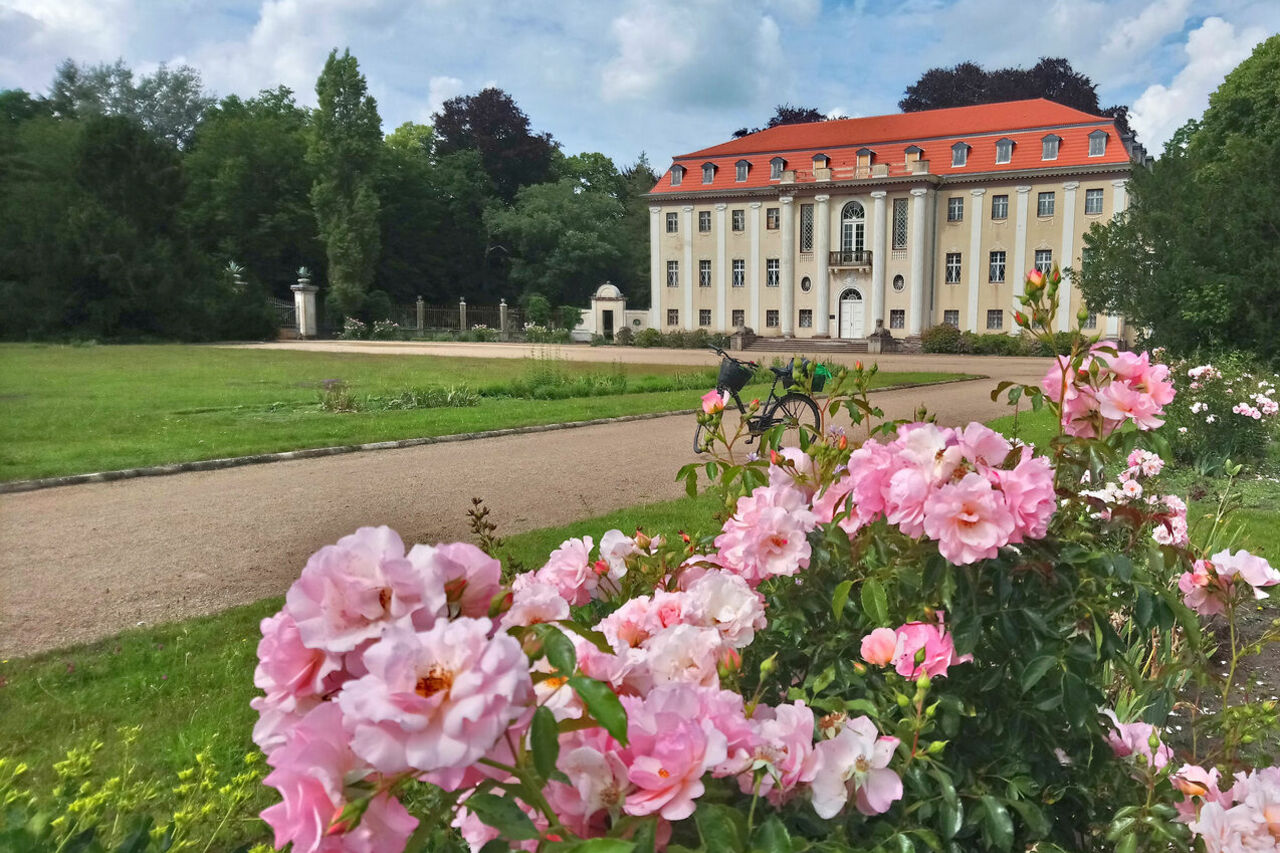 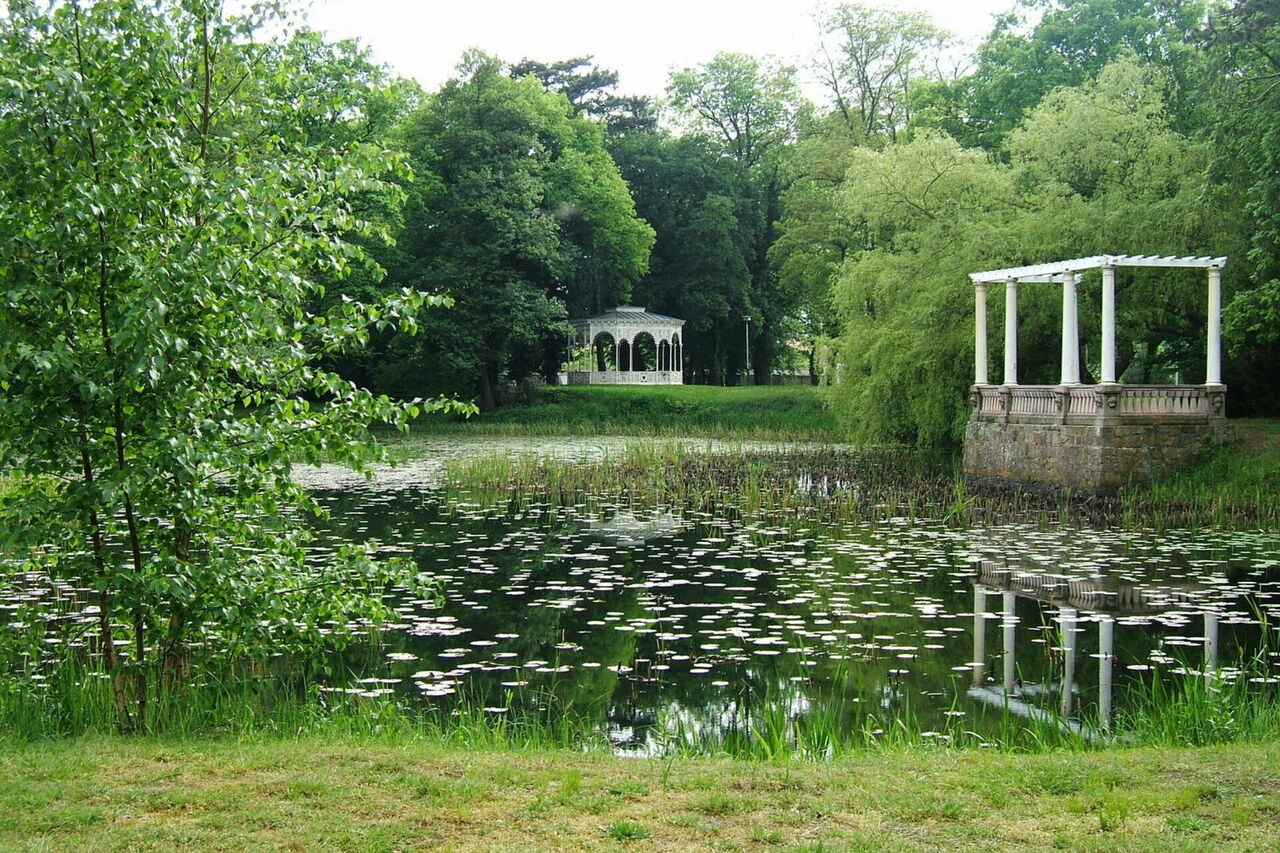 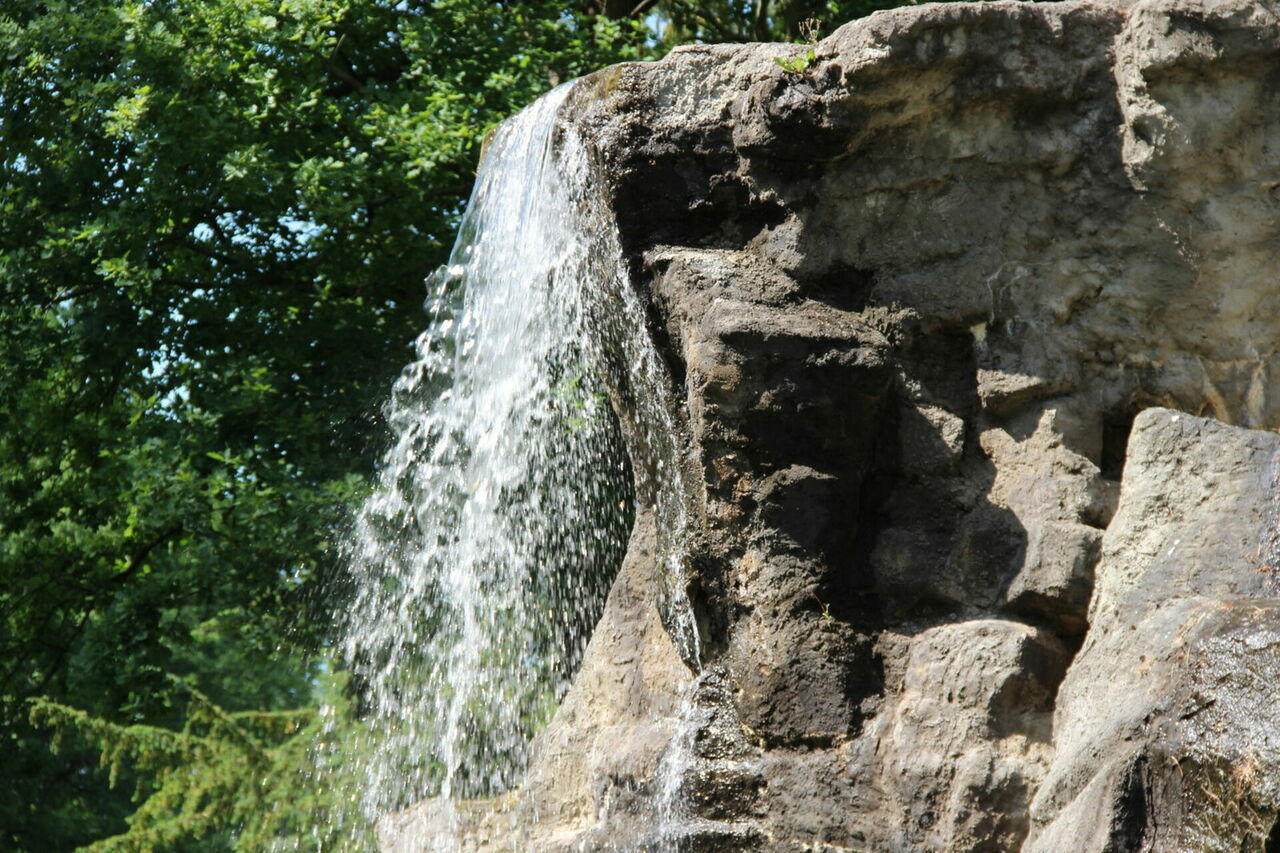 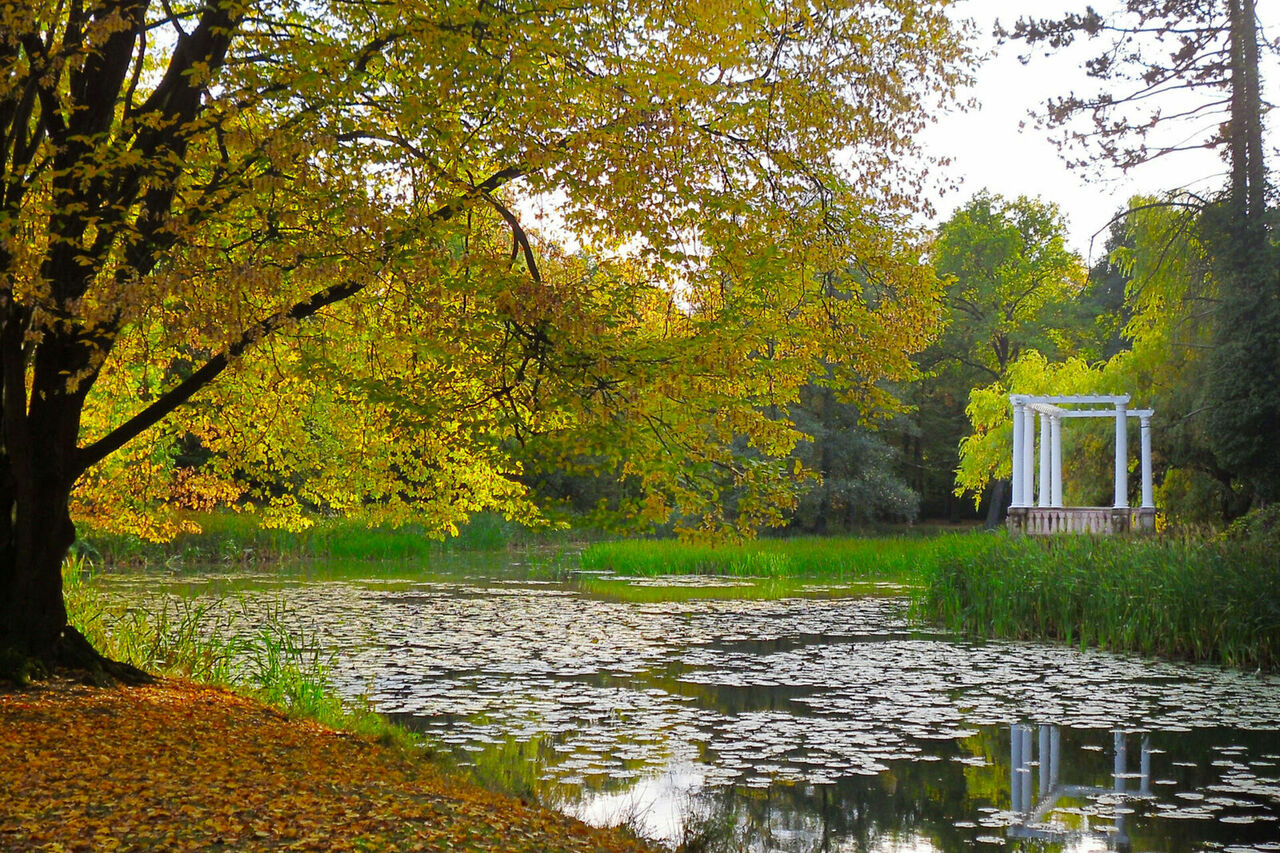 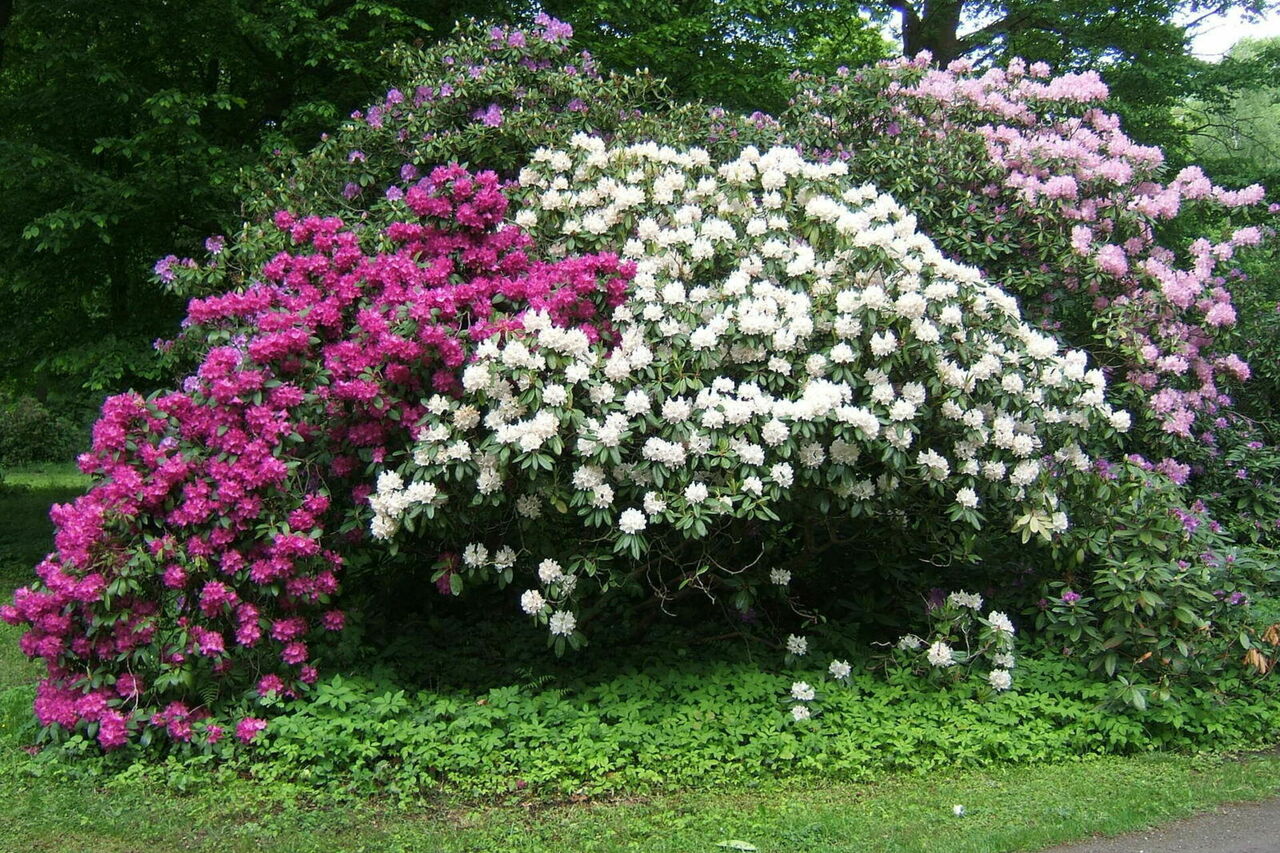 Arriving by car
to the route planner

Arriving by bus or train
From Magdeburg with the RE20 or the S1 to Tangerhütte station. From there it is a 20-minute walk to the city park.

Cafés and restaurants are in the city centre of Tangerhütte.

There are occasional exhibitions in the New Palace.